Home » Celebrities » It Starts On The Page: Read The Script That Started It All For Showtimes Yellowjackets

After its November 14 premiere, Yellowjackets captivated an audience for 10 weeks with its blend of horror, drama and possible supernatural mystery. The series has became the second-most streamed series on the Showtime platform.

That makes it a perfect candidate to launch It Starts On the Page, Deadline’s annual series that highlights the scripts that serve as the creative backbones of the buzzy shows that will define the now-underway TV awards season. The scripts in our series are all being submitted for Emmy Awards consideration this year and have been selected by Deadline using criteria that includes critical acclaim, selecting from a wide range of networks and platforms, and a mix of established and lesser-known shows.

Ashley Lyle and Bart Nickerson created Yellowjackets, about four women involved in a 1996 plane crash when they were teenagers. The series switches between their lives during the crash and 25 years later, as they try to move past the things they did to survive. The ensemble cast includes Melanie Lynskey, Tawny Cypress, Juliette Lewis and Cristina Ricci as the adult versions of the girls.

The pilot episode, written by Lyle and Nickerson and directed by Karyn Kusama, begins with a reporter asking former classmates and faculty questions about what happened to the girls soccer team in 1996. A flashback shows the Yellowjackets team practicing before flying to Seattle for a national tournament. In present-day 2021, Shauna (Lynskey), Taissa (Cypress), Natalie (Lewis) and Misty (Ricci) are survivors of the crash trying to put their past trauma behind them in different ways, though the past seems to haunt them at every turn.

The series has already earned a Critics Choice Awards nomination for Best Drama Series and a win for Lynskey in the Best Actress in a Drama Series category and has been renewed for a second season.

Click below to read the full script for the pilot episode of Yellowjackets. 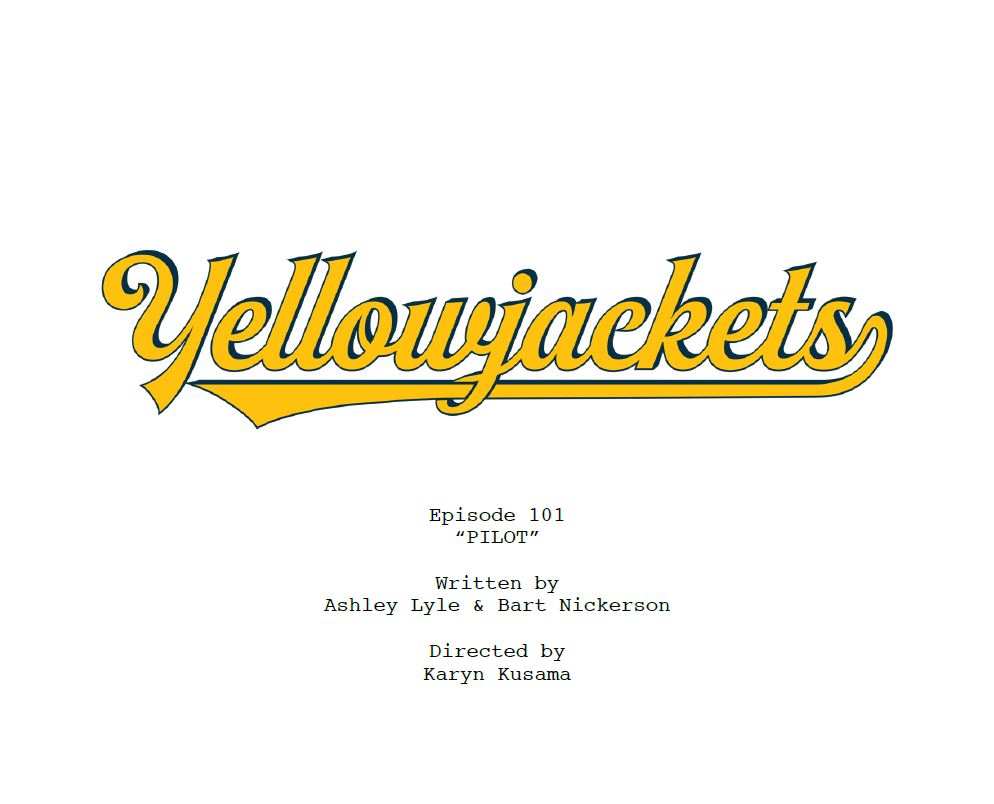