Monty Python star John Cleese, 82, took to Twitter today,  as the comic announced he wrapped up another show on his worldwide comedy tour, Last Time To See Me Before I Die, which has entertained fans by the thousands. In view of his 5.7 million followers, the comedian shared a picture of himself inside a car.

In his farewell message, John said he found Swedish people to be “sweet but the hotels were “awful”.

He wrote: “Goodbye Sweden! Your people were sweet, and your hotels awful. We’re off to #vilnius to entertain the villains.”

Fans of the Monty Python star rushed to the tweet’s replies to send him their views on Swedish hotels. 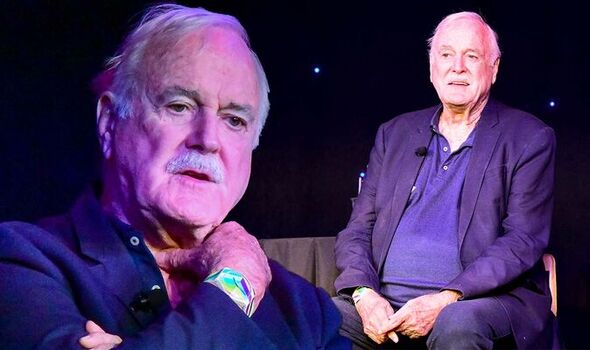 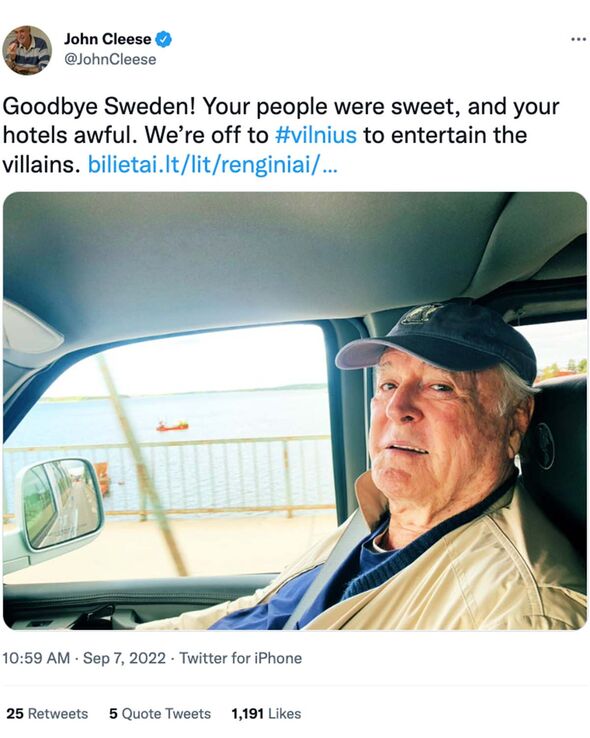 PresElectJoe quipped: “Was there a pea under your mattress Princess?”

BailieTrevor added: “The Swedish Tourism and Hotel Group thank you for your review and wish you god speed.”

Malumunum joked: “Next time stop over at my place, my toilet has a proper magazine bin and a BT speaker.”

The update comes after John took to the social media platform earlier this week to slam Donald Trump supporters once again. 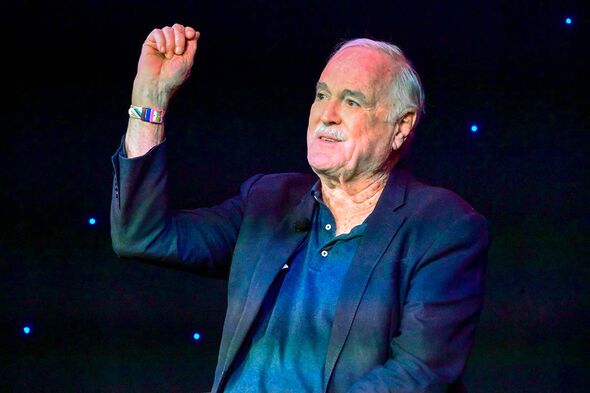 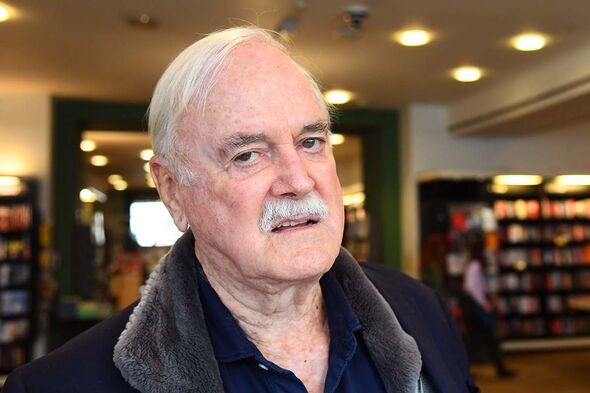 The comedian has been outspoken in his criticism of the former US President, making his views public online.

He reacted to a user’s claims about the former commander-in-chief suffering from “severe mental health issues”.

The TV actor said on the contrary that he found it “comforting” as the ex-president was becoming “more insane”.

John wrote: “I find it comforting that he is going more and more insane

“But I’m wondering when the MAGA supporters will begin to notice. About 2028 I’d guess…”

The comic’s comments come after ex-CIA senior officer, John Sipher, penned: “Future students of history will be perplexed how a man with severe mental health issues and no clue about governing became President.”

John’s followers soon inundated the comments section with their own opinions about the subject.

@JohnBizios1 wrote: “From here in the US here’s the consensus. He will say or do anything to keep the crowds cheering and paying to show up at the rallies. He just wants the spotlight and adoration of the crowds. They both love feeding each other grievances and they will never abandon each other.”

@Selena_Tuohy said: “I don’t like the man, but he was right to be concerned about European dependence on Russian energy wasn’t he?”

@Mooproxy commented: “Until you sit down and listen to the guy and his supporters, rather than just passing around the clique’s own opinion pieces which all agree with each other, you’ll have no idea why it happened.

“You won’t know why you’re talking past the people you criticise.”