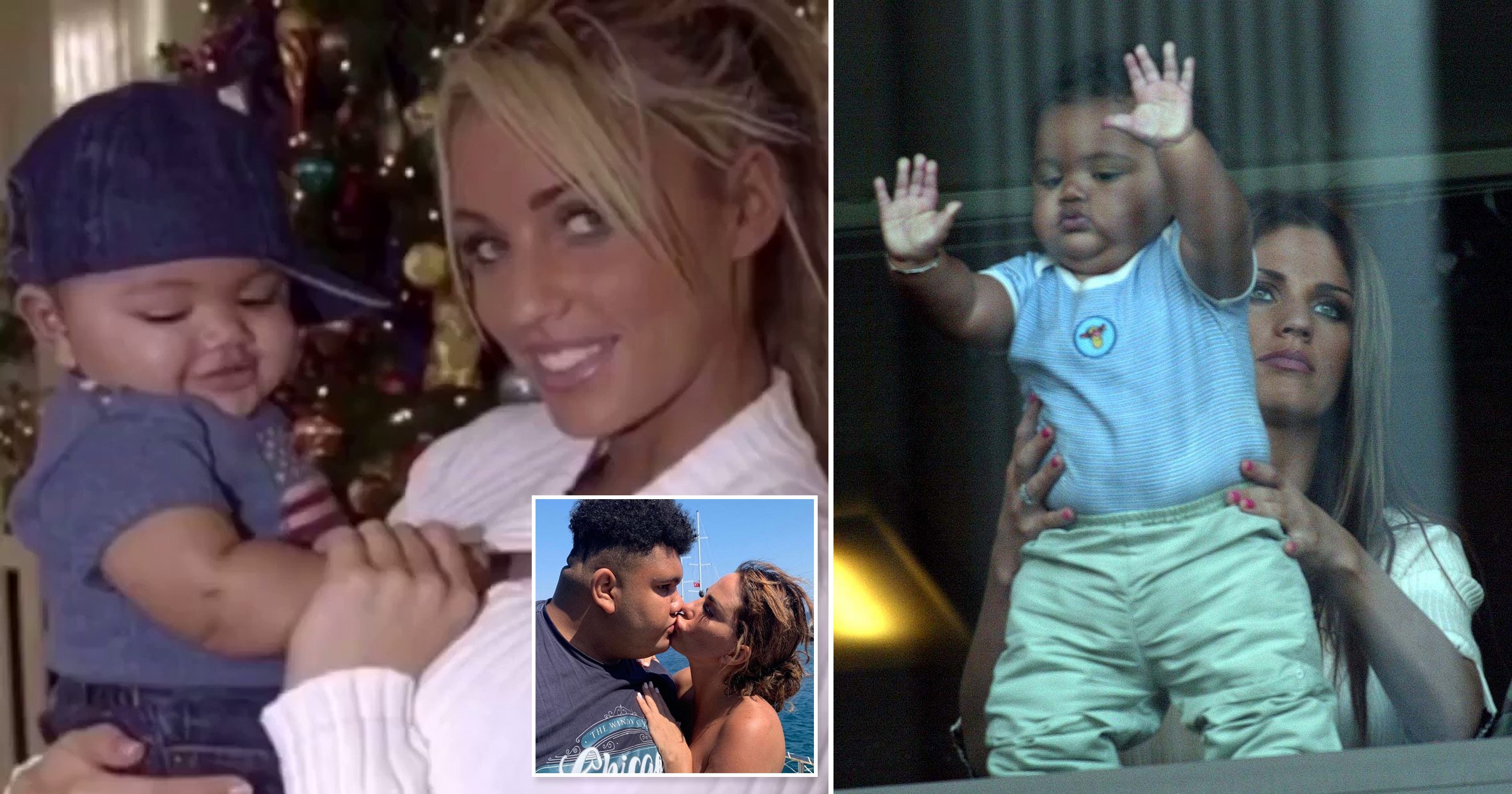 Today is Katie Price’s son Harvey’s mighty 19th birthday and the star has celebrated by sharing a series of the most gorgeous throwbacks of the pair.

Keen to show off her eldest son as a bouncing baby, Katie, 43, was seen in some photos cradling Harvey – who she shares with former footballer Dwight Yorke – as a newborn, while in one she was photographed feeding the baby with a bottle.

Harvey was seen getting older in the photos, as they progressed from newborn to toddler – with one shot showing the mother-son duo lapping up a tropical holiday as they played on the beach.

Katie shared an intimate insight into her wedding to Peter Andre, as well, with a photo showing the breaming bride – tiara atop her head from the famous ceremony – posing with Harvey, as several other photos showed him showering love over his younger siblings, Junior, Princess, Jet and Bunny.

Later photos in the series showcased the strong bond between Katie and Harvey, with snaps from their BBC documentary, Harvey and Me.

The My Crazy Life star wrote alongside the sweet snaps: ‘Happy Birthday to my absolute world Harvey on his 19th birthday.

‘No matter what situation I’ve been in he has been there for me and kept me going, we are a team. I love you so much Harvey.’

The teen was recently thrilled to receive a cake a few days early on his mum’s 43rd birthday on Saturday.

Katie shared a video of her showing Harvey the treat over FaceTime and his reaction at seeing that it had a frog – his favourite animal – on top was just pure joy.

It’s been a big week for the pair, with their emotional and heartwarming documentary nominated for a National Television Award.

The heroic programme, Katie Price: Harvey and Me, followed the mum-of-five as she searched for a residential college for her eldest son after he had turned 18 and has been watched 4million times.

It focused on the bond between the former glamour model and the teenager, who is partially blind, has Prader-Willi syndrome, is autistic, and has a series of learning and behavioural difficulties.

In the authored documentary category, which launches in 2021 for the very first time, Katie and Harvey are up against the likes of Kate Garraway, Zara McDermott, Sheridan Smith, Roman Kemp and Marcus Rashford.

The nomination comes after Harvey was also put forward for Celebrity of the Year for all of his incredible charity work.

Harvey was shortlisted for the National Diversity Awards thanks to his work with Anna Kennedy Online to help to shed light on his condition, to who he is an ambassador.