Kim Kardashian is really going through it. At least, according to her music catalogue. The reality star is the latest celebrity to hop on the fandom bandwagon for Olivia Rodrigo’s song "Drivers License," posting the song to her IG story on Feb. 22. Whether you’re a fan of the song or not, Kim Kardashian’s "Drivers License" Instagram is a whole mood.

At first glance, it wouldn’t be that strange for Kardashian to be listening to the viral hit from the 18-year-old breakout star. After all, the likes of Cardi B and Taylor Swift have already said they’re super fans as well. But Kardashian’s coinciding caption made her post feel personal. When posting a video looking out the window on a drive through the desert, she pasted two knife emojis and a slew of heart emojis at the bottom of her video.

Seeing as Rodrigo’s song was penned about a painful breakup, many fans felt Kardashian’s post was shared with Kanye West in mind. The reality star officially filed for divorce from the rapper just three days earlier on Feb. 19. Plus, Kardashian’s video featured a particularly emotional portion of the song.

"Today I drove through the suburbs/ And pictured I was driving home to you/ I know we weren’t perfect but I’ve never felt this way for no one/ And I just can’t imagine how you could be so OK now that I’m gone," Rodrigo sang in the background of Kardashian’s video.

One fan took to Twitter to say, "KIM KARDASHIAN LISTENING TO DRIVERS LICENSE BY OLIVIA RODRIGO. DAMN THE HEARTBREAK MUST BE HITTING HARD."

You can see Kim’s post with the attention-grabbing caption below. 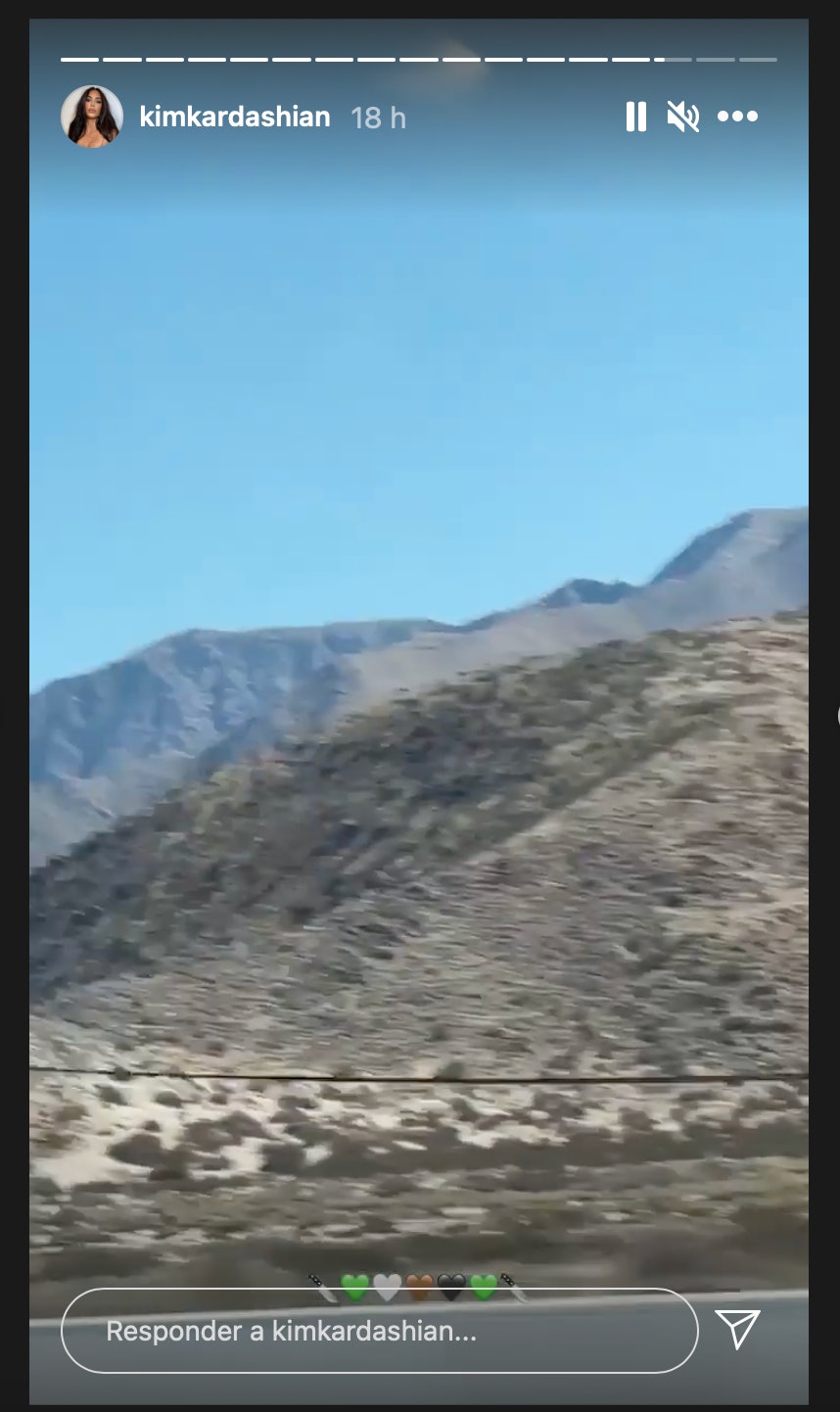 Kardashian’s Instagram post also coincided with the birthday of her late father, Robert Kardashian, so it makes sense if was in her feels more than usual. She posted several bouquets of flowers and emotional messages from friends on what would have been had dad’s 77th birthday. Kardashian and her sisters also posted dozens of throwback photos featuring their dad.

After an emotional week, one can hardly blame Kardashian for having a moody listening party.