Matthew McConaughey has been a Hollywood big shot for many years now, but there was a time when he was still trying to break into the industry. Earlier in his career, he made the decision to move from Texas to Los Angeles, which was an enormous undertaking for him.

However, right before he left, he managed to land a role in Texas Chainsaw Massacre: Next Generation alongside Renee Zellweger. But in order to secure the role he had to scare a secretary with a common kitchen utensil. 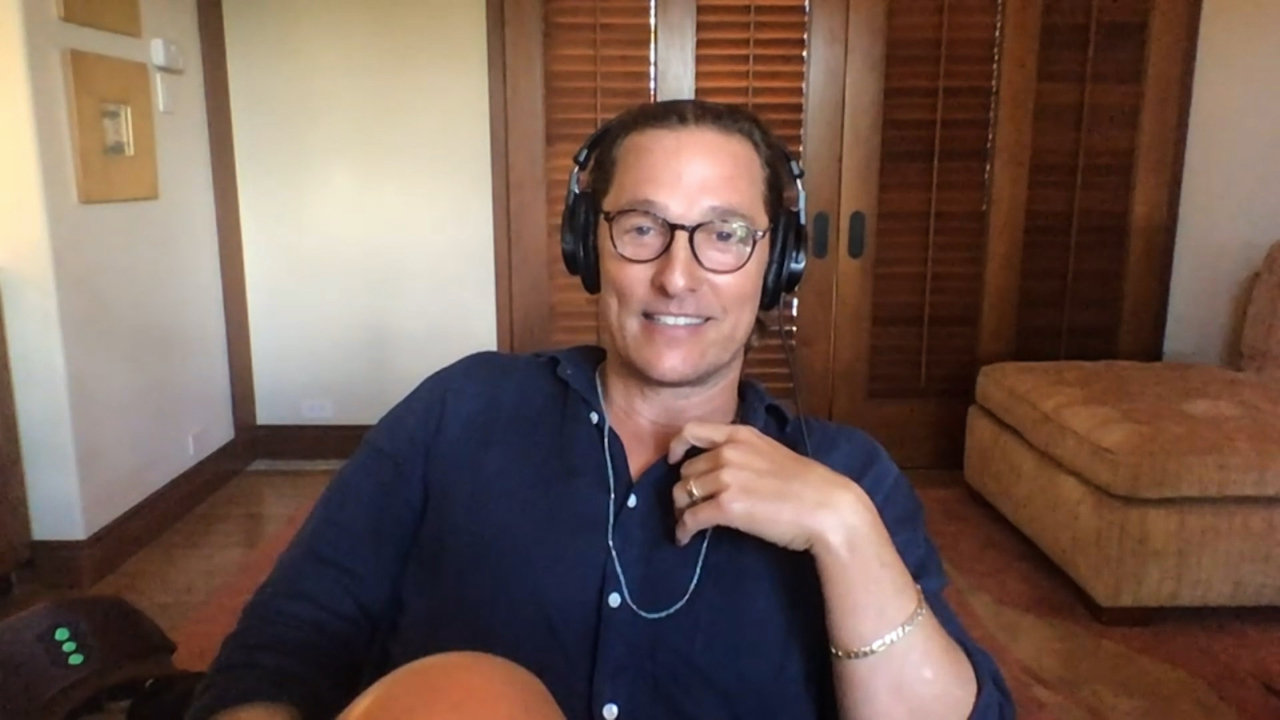 A Texas native, McConaughey grew up in a small town that didn’t have the glitz and glam of larger cities in America. Because of his humble upbringing and blue-collar family, he didn’t develop an interest in the entertainment industry until he got to college. It was there that one of his college friends encouraged him to explore a potential career in the movie business.

After finding a few production assistant gigs in different areas of Texas, McConaughey landed his first speaking role in Dazed and Confused. McConaughey graduated around the same time and decided it was best to move to LA to find more work. On a whim, he decided to pack up all of his things and head to Hollywood, figuring he’d sleep on the couch of a casting director he knew.

“I’m packed up now, I’m graduated,” McConaughey said in a resurfaced 2014 interview with the SAG-AFTRA Foundation.  “I’ve got my four-cylinder truck, I’ve got my $3,500 to my name, I’ve got my U-Haul in the back of my truck, I’m going out west to sleep on Don Phillips’ couch—that casting director, the one guy I knew out here. And I’m gonna come out and sleep on his couch, and start this PA job on this Coen brothers picture.”

Even though McConaughey was ready to make the move to LA, he took a slight detour first. The Texas Chainsaw Massacre: The Next Generation was being filmed nearby, so he was called in by the production team.

Initially, they wanted McConaughey to play a minor, non-speaking role. However, when the casting director asked McConaughey if he knew anybody who would be willing to play the role of Vilmer, he volunteered to audition for it.

Thinking quickly, he decided to find the most threatening prop around and scare the secretary with it.

“I go in the kitchen, I get a spoon, come out, and said and did a bunch of horrible things, and scared here,” McConaughey said. “And he goes, ‘Would you do it?’ And I was like, ‘Absolutely.’

So [I] went to work on Texas Chainsaw Massacre, unpacked the U-Haul, went to work in Krugerville with Renee Zellweger and we beat the mess out of each other and worked 18-hour days. And got paid a few hundred dollars a day, it was great. So I stayed another month, and we shot that.”