The Duke and Duchess of Sussex are making their first public appearance on Tuesday ahead of the release of the highly-anticipated Netflix series on 8 December.

Prince Harry, 38, and Meghan, 41, are expected to walk the red carpet as they are honoured at the Ripple of Hope Awards in New York.

The couple will receive the Robert F. Kennedy Human Rights Award in honour of their “heroic” stance against racism within the royal family.

The foundation is named after former President Kennedy’s younger brother, who was assassinated in 1968 during his presidential campaign.

Reflecting on Harry and Meghan’s award, President of Robert F. Kennedy Human Rights, Kerry Kennedy, told journalist Gustavo Egusquiza: “They went to the oldest institution in UK history and told them what they were doing wrong, that they couldn’t have structural racism within the institution; that they could not maintain a misunderstanding about mental health.”

She continued: “They knew that if they did this there would be consequences, that they would be ostracized, they would lose their family, their position within this structure, and that people would blame them for it… They have done it anyway because they believed they couldn’t live with themselves if they didn’t question this authority.”

REVEALED: How the royal family plan to respond to Harry and Meghan’s Netflix show

EXPLOSIVE: 5 key details you may have missed from Meghan Markle and Prince Harry’s Netflix trailer 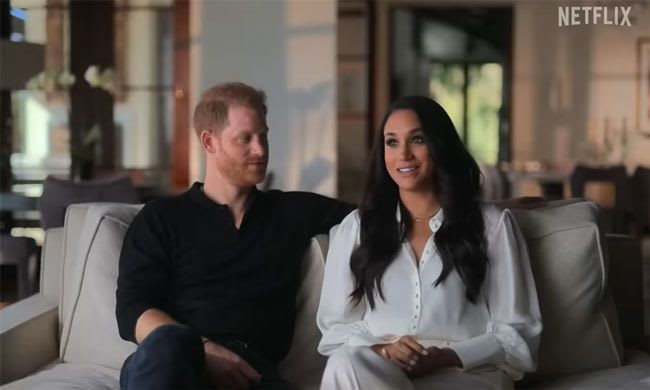 Harry and Meghan join a host of high-profile powerful figures who have won the award including former US presidents Barack Obama and Bill Clinton, current president Joe Biden and his vice president Kamala Harris.

The Sussexes were spotted landing in the Big Apple on Monday, with photographs – obtained by Page Six – showing the couple stepping off their private jet before making their way to a car. Harry was pictured dressed in an unbuttoned white shirt, suit trousers and carrying a jacket.

Meghan, meanwhile, was dressed all in black, opting for a long-sleeved, fitted dress and oversized dark sunglasses, with her hair pulled back in a bun.