Prince Harry opened up again about mental health, this time in a moving speech in honor of veterans.

On Wednesday night, the Duke and Duchess of Sussex attended the Intrepid Sea, Air & Space Museum’s Salute to Freedom Gala in New York City and stunned everyone with their rare red carpet appearance.

Meghan Markle stepped out in a red Carolina Herrera gown while Harry rocked a navy suit for the occasion. They both also wore poppy pins, a symbol of remembrance for those who served in the UK. Take a look at the ensembles (below): 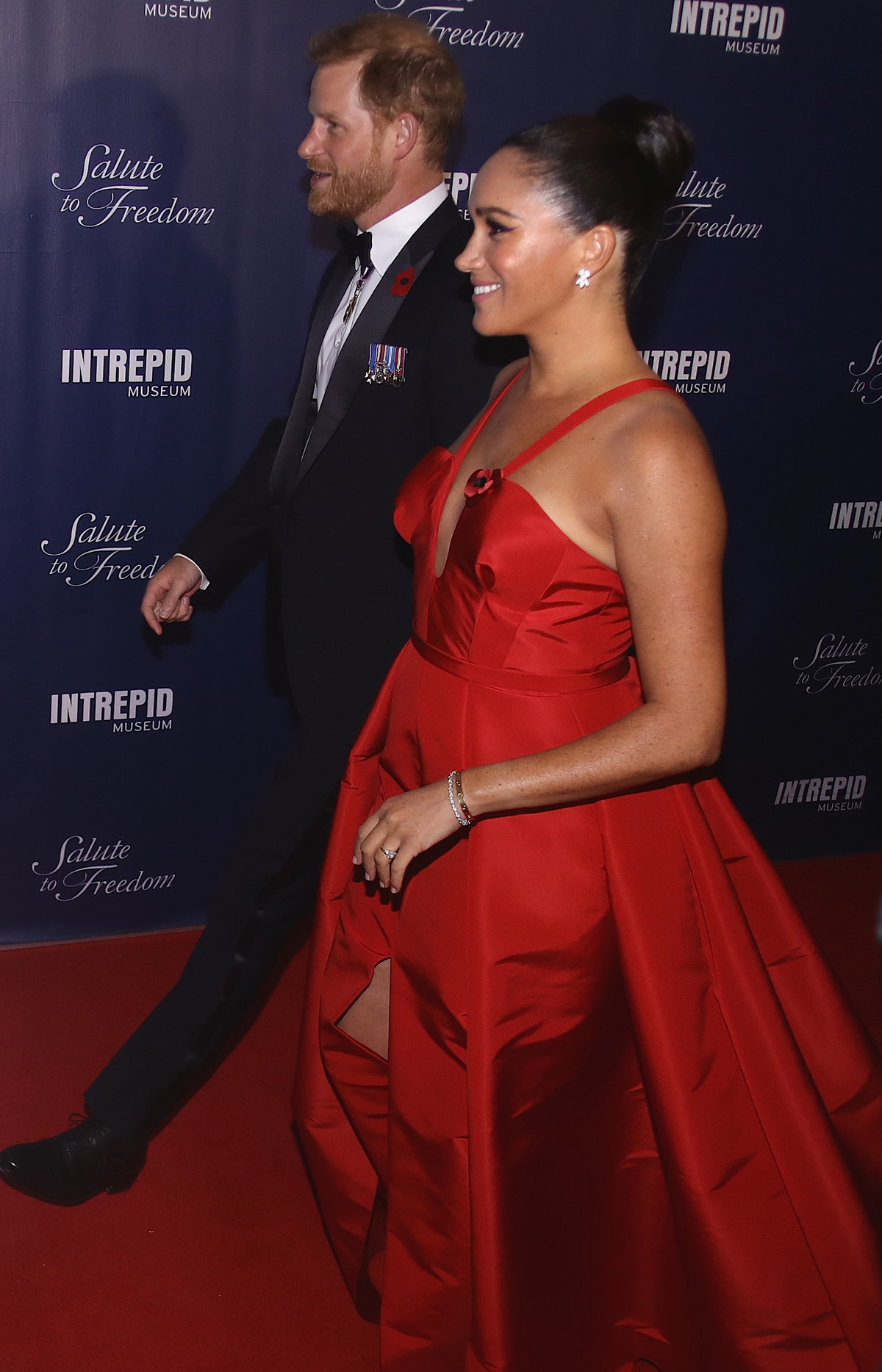 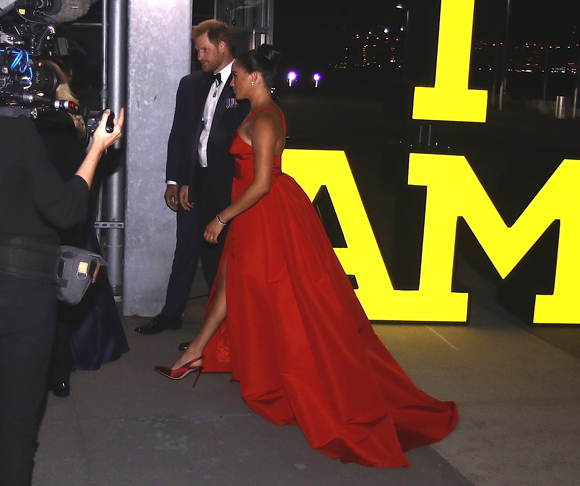 As we briefly mentioned before, the 37-year-old has made it his mission to bring awareness to mental health throughout this year, so it comes as no surprise that he decided to dedicate his speech to this very important topic. Harry, who presented the 2021 Intrepid Valor Awards, took the stage at one point during the event to open up about the importance of looking out for the “scars on the inside” — the type of pain other people don’t always see that military members are “susceptible to” after service. Per E! News, he said:

“I’d also like to speak briefly about something else that, until recently, has existed in the darkness: the invisible wounds that we are all susceptible to. The scars on the inside that no one sees. For too long, invisible injuries were treated as just that — invisible — and were destined to be swept under the rug at the risk of shame, guilt or just a lack of understanding.”

“Yet we now know that the mind is just like a muscle. It experiences trauma and pain, whether in conflict or at home, whether in uniform or not. It needs training … as well as recovery and care, no matter who you are and no matter what you do. Our physical health and mental health are one and the same, and just as much as we aspire to be physically fit, so too we need to be mentally fit.”

This is why he created HeadFIT, a program that focuses on the mental wellbeing of service members. During his speech, the father of two then shared that it is completely normal that “service members often feel isolated” when they return home — especially after spending years in a mission-driven mindset. Even more so, Harry acknowledged that it’s understandable that people often long for “self-purpose, focus, service to others and being part of a team” after leaving the forces.

As you may know, he was a former Captain in the British Army and served on two tours of duty in Afghanistan before retiring in 2015. Reflecting on his years in the military, Harry concluded:

“My experience in the military made me who I am today, and I will always be grateful for the people I got to serve with — wherever in the world we were.”

Reactions to Prince Harry’s powerful speech? Let us know in the comments (below).