You either die the horse girl or live long enough to continue riding horses at 93 years old. At least, that’s the case with the United Kingdom’s 93-year-old monarch, Queen Elizabeth II, who was recently spotted horseback riding on the grounds of Windsor Castle.

During the ride, she was accompanied by Head Groom Terry Pendry, who rode a separate horse next to her, according to Town & Country. She also looked every part the equestrian expert in a head scarf, narrow shades, riding gloves, and a long navy-blue jacket. 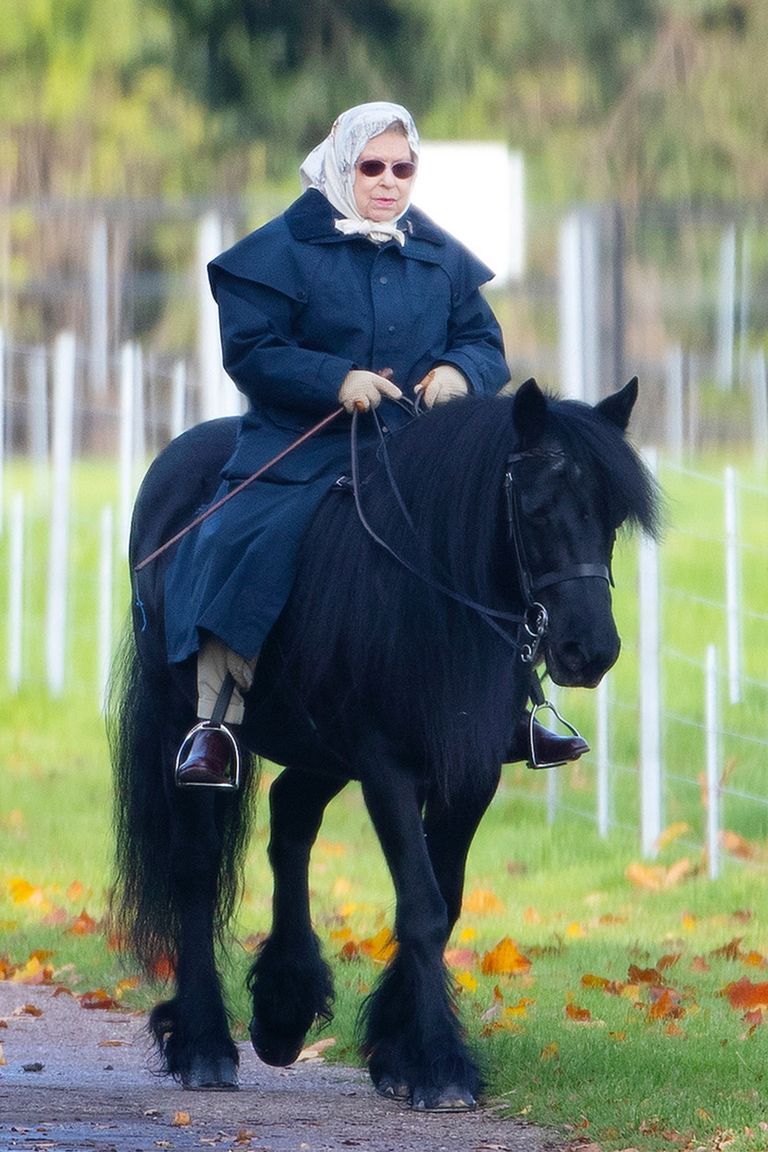 If you think this is out of character for the queen, think again. Queen Elizabeth is famously attached to the doting creatures and has been spotted riding on horseback multiple times within the past few years. (She even rode a horse the day that Catherine, Duchess of Cambridge, gave birth to her third child.)

The monarch has been vocal about her favorite sport, once reportedly telling her aides in an ITV documentary, “I’m rather a fair-weather rider now. I don’t like getting cold and wet.”

IBT also reported that in the documentary, Camilla, Duchess of Cornwall, “marveled to see her mother-in law’s stamina as there is no one who could be riding a horse at the age of 90, and it was something she found was incredible about her mother-in law.”

Still, royal observers have noticed that the queen’s horseback rides have significantly shortened in length over the years.