Countdown star Rachel Riley 34, backed the #NoSafeSpaceForJewHate campaign by taking a two-day break from Twitter as part of a protest to stop anti-Jewish discrimination being ignored on the micro-blogging site. It comes after rapper Wiley, 41, sparked backlash about offensive tweets he shared on his Twitter page.

He also compared Jews to the Ku Klux Klan.

In light of the campaign, Wiley’s account was suspended by Twitter, in line with its rules on hateful conduct.

Twitter has since apologised for the time it took them to respond. 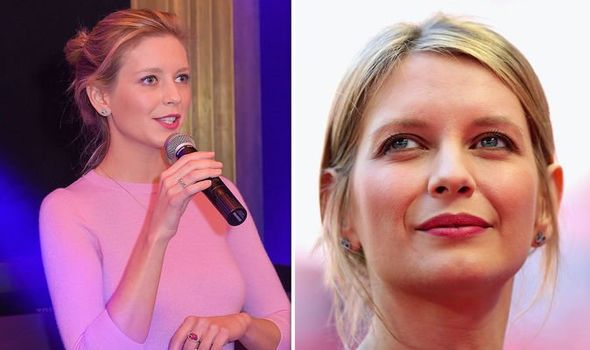 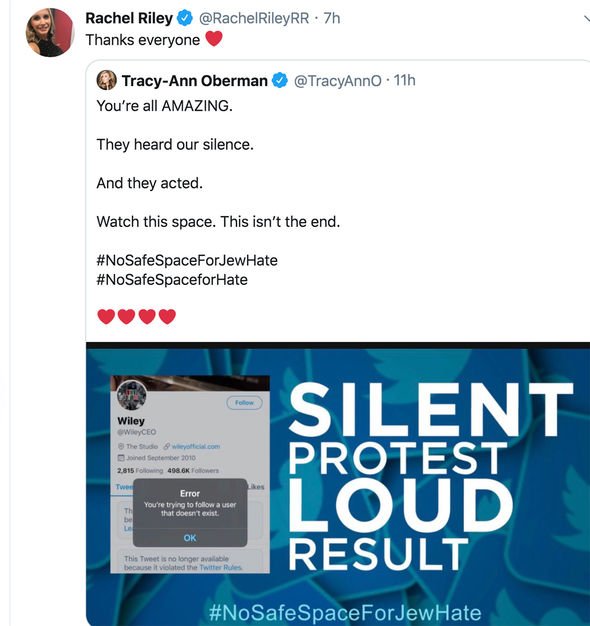 Back on Monday, Rachel shared a picture of a fellow campaign backer’s email, which confirmed they had suspended their Twitter page to support the campaign.

The Countdown host wrote: “Out,” followed by a zipping mouth emoji, in reference to her silence on social media.

Today, she returned to her page to express her thoughts about the success of the campaign. 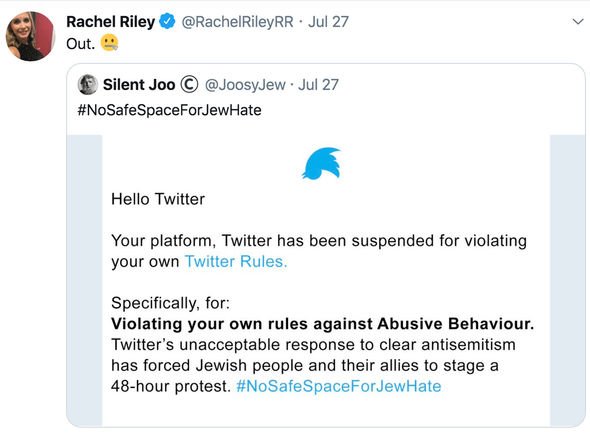 “They heard our silence. And they acted. Watch this space. This isn’t the end. #NoSafeSpaceForJewHate #NoSafeSpaceforHate.”

In view of her 663,000 followers, the mother-of-one wrote: “Thanks everyone, followed by a red heart emoji.

One user wrote: “So proud of everyone for making this happen – I really enjoyed my 48 hour break from twitter and may do it more often.”

A second commented: “Well done Rachel for not allowing people to put you down, keep fighting the fight.”

A third penned: “Thank you for all you are doing x.”

Wiley has since apologised for his comments in an interview with Sky News.

He said: “I just want to apologise for generalising and going outside of the people who I was talking to within the workspace and workplace I work in.

“My comments should not have been directed to all Jews or Jewish people.

It is believed the rapper’s comments stemmed from a fall out he had with his manager, who is Jewish.

He added: “I’m not racist, you know. I’m a businessman. My thing should have stayed between me and my manager, I get that.”