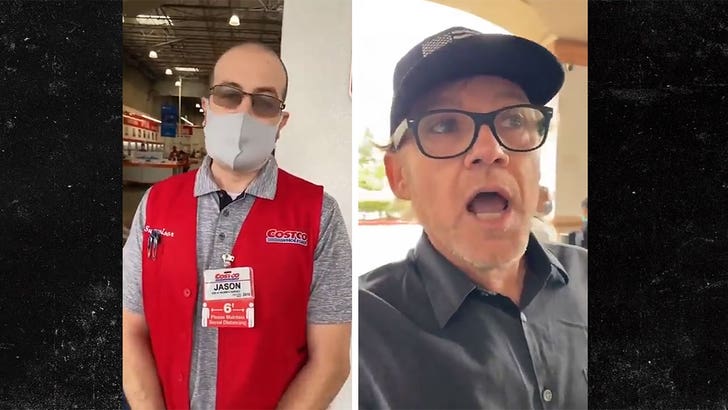 Ricky Schroder doesn’t seem to understand the CDC’s new guideline about mask-wearing — and he learned about it the hard way at a Costco, which held its ground on policy.

The former child star from “Silver Spoons” filmed an aggressive encounter between himself and a Costco manager named Jason at an L.A.-area warehouse … which is now making the rounds online.

You see Ricky asking the guy why he isn’t being allowed inside without a face covering, noting the new news that fully vaccinated people don’t really have to wear them indoors or out in most settings — except for a few exceptions. Turns out, a Costco in Cali is one.

The manager calmly explains that there is still a state-wide mask mandate that’s in effect throughout the state — it’s true, there is — and that even though Gov. Newsom has signaled that may be lifted around mid-June … their Costco is still following local guidelines to a T.

Ricky then goes on a bizarre rant about kings and lords … and something about societal control. Jason hears him out, but stands firm — basically telling him to scram.

They eventually get Ricky a refund and even amid his calls for boycotting Costco … they get him to leave. It’s a great lesson — yes, the CDC has new guidelines about mask-wearing, but no … not every retailer in every state out there is up to speed on switching gears just yet.

In the meantime, you might just have to mask up. 🤷🏽‍♂️