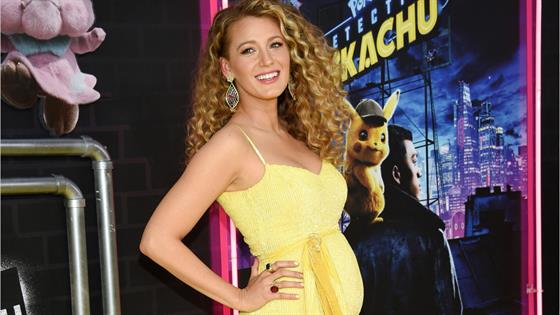 On Monday night, the Deadpool actor was asked on Twitter whether he’s ever watched an episode of Gossip Girl.

“I need to know if @VancityReynolds has watched Gossip Girl. i NEED to know,” the social media user tweeted, tagging the actor to get his action and response.

He answered, “I didn’t watch. I drank it through my eyes.”

While we’re not exactly sure what he means by that, we hope it’s safe to assume that he’s watched all six seasons of the hit teen drama that starred his beautiful wife.

And in case you’re wondering what else the the 43-year-old actor is currently binge-watching, then you’re in luck.

Another fan on Twitter asked for his “top 5 recommendations” of movies to watch and Reynolds replied, “These aren’t recommendations. This is just what I watched over the past week: Grosse Point Blank, Training Day, Being There, Easter Parade, F-cking Paw Patrol X 11.”

Most recently, Reynolds and Lively have donated $1 million to Feeding America and Food Bank Canada as well as making another personal donation of $100,000 to each of the four hardest hit hospitals in New York during the coronavirus outbreak—including Elmhurtst, NYU Hospital, Mount Sinai and Northern Westchester.

The actor has also gone on social media to urge his fans and followers to “stay at home, practice social distancing and wash your hands.”

“We need to work to flatten the curve and fight off COVID-19,” said the actor in a video posted to Twitter earlier this month, before making a joke about who the real heroes are during these times. “I think in times of crisis, I think we all know that it’s the celebrities we count on most. They’re the ones that are going to get us through this.”

Related posts:
Ev, he, on, Reynolds, Ryan, whether
World News