Spider-Man: Far from Home opened yesterday. It’s already getting good reviews, although some sound a bit hyperbolic considering many Spider-Man movies have been made. I’ll most likely see it but that has everything to do with my love of the cast and little to do with a desire to see yet another Spiderman story. The promotion for this film has been fun, mostly in part with how well everyone is getting along. There have been little moments like Jacob Batalon’s reaction when a dog climbed on his lap (look at his face!) And the Tom Holland and Jake Gyllenhaal bromance is catapulting itself into the Bromance Hall of Fame alongside Paul Newman/Robert Redford, Ryan Gosling/Harrison Ford, Hugh Jackman/Ryan Reynolds and James McAvoy/Michael Fassbender. But in addition to some really fun interviews, we’ve also gotten moments like this one, when Jake, Tom and Zendaya dressed in character and visited Children’s Hospital LA:

I love that they stay in character the whole time. Some of those kids are still at the age that they don’t get that it’s an actor playing a role, so they’ll carry the fact that they met Spider-Man with them for a while. I feel a little bad for poor Jake because if they weren’t at the hospital screening, they don’t know who he is. Like, I would be, “oh damn, that’s Jake Gyllenhaal in his Mysterio costume and he looks hot!” but these kids are like, “who’s the Thor wannabe hanging with Spider-Man and MJ?”

Tom can really move in and out of that accent, can’t he? I get why he used it at the hospital, because he was in character, but when he was on Graham Norton, he went into his American accent doing an exercise with Tom Hanks. Jake asked why and Tom said he can’t really act now in any other accent. Oh, and speaking of my current favorite Tom, he was one of the actors invited to join the Academy on Monday. Congrats, Boo! 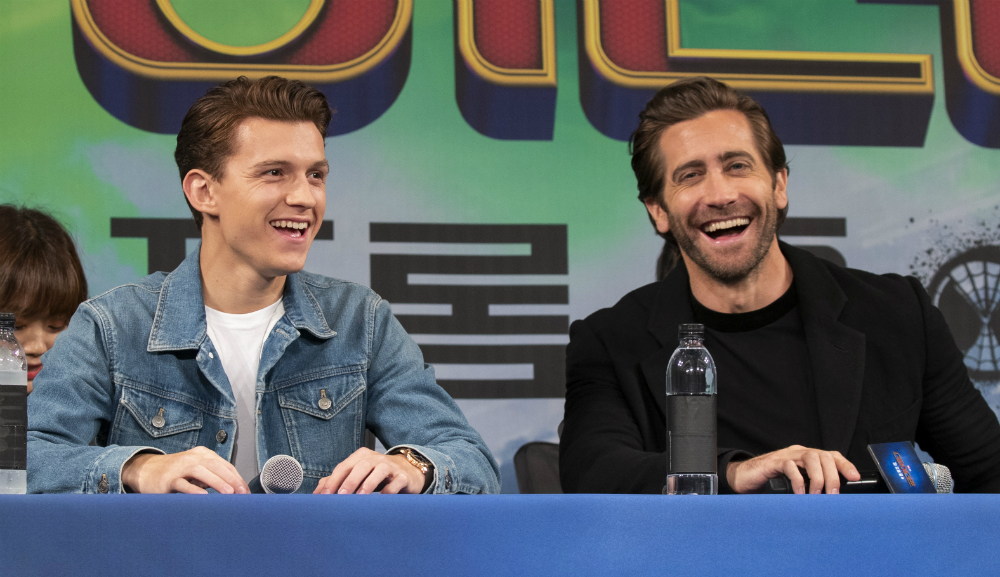