Products featured are independently selected by our editorial team and we may earn a commission from purchases made from our links; the retailer may also receive certain auditable data for accounting purposes.

Audio sequencing technology has existed in some form or another for centuries, from the jangle of early player pianos up through the button-mashing hypnosis of modern EDM shows. And it’s revolutionized the very concept of composition: Novices without any music theory knowledge can experiment without fear of failure, using the aid of a guiding hand. And professionals can explore intricate patterns to dream up dense digital universes — ones that wouldn’t be possible with live instruments.

The application can be complex, but the concept — at its core — is simple by design. Modern audio sequencing allows musicians to program pitches and rhythms in repeated phrases, without having to play those sequences over and over again, either onstage or in the studio. When electronic music collided with rock in the late 1960s, analog sequencing was largely confined to synthesizers built by companies like Moog. But technology has evolved over the decades, and the market is now saturated with options.

In 2020, popular Digital Audio Workstations (DAWs) like Ableton Live might offer all the functions you need to get started — especially if you don’t mind spending a lot of time staring at a computer screen. But those who crave a tactile option may want to create and control sounds with a hardware sequencer, and there’s a huge range of options within that realm.

How to Stream High-Resolution Music

How to Organize Your Music Collection at Home

We’ve rounded up three of the sturdiest, sleekest audio sequencers that offer functionality without an intimidating price tag.

The sequencer isn’t too fancy, but you can get a lot of mileage from its set-up. The BeatStep, which has a four-octave range, allows users to adjust options like speed, direction and scales, opening up new performance possibilities.

CONS: No onboard display, no MIDI input.

At right around $100, Korg’s compact SQ-1 model has become a staple first sequencer for budding knob-twiddlers. For an unassuming black box, it’s a relatively versatile piece of equipment, allowing compatibility with vintage analog synth voltages. The battery/USB-powered machine is structured into two sequence rows (Channels A and B) with eight buttons each; the rows can operate in a series of settings, including one continuous 16-step sequence or both running in parallel with different parameters. Two noteworthy features are “step jump,” which allows users to jump to any step in a sequence, and “active step,” which allows for switching steps on or off during a sequence.

CONS: Not exactly a marvel in the looks department, requires a screwdriver to change batteries. 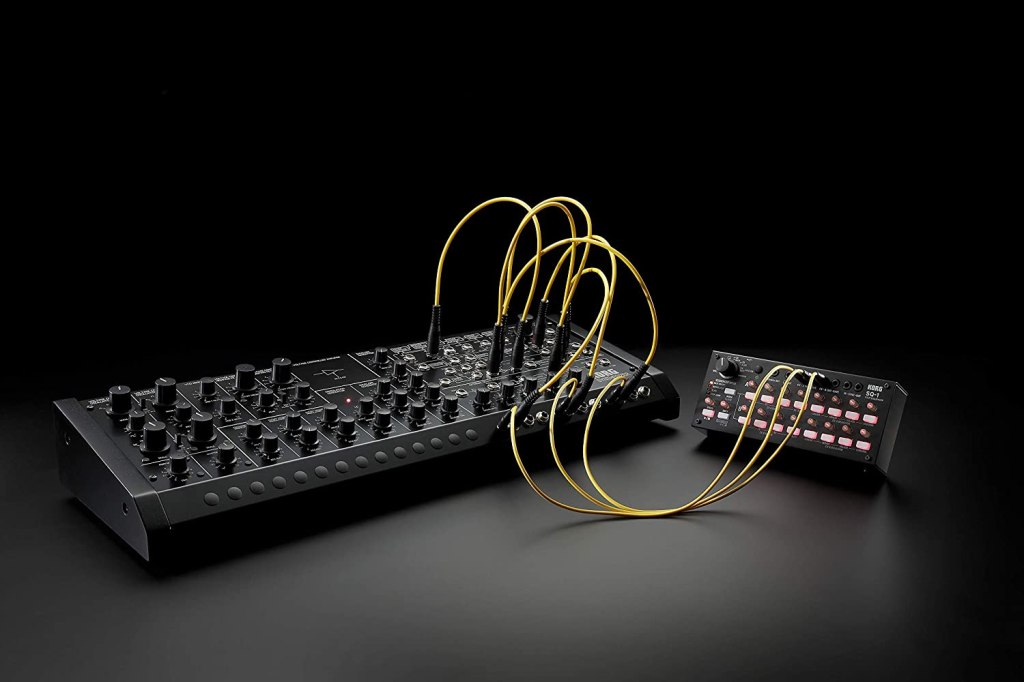 Lower-end sequencers are often described dismissively as “toys,” but Novation’s Circuit Groove Box wears that label like a badge of honor. With its array of colors, rows of brightly lit buttons and tons of knobs to endlessly tweak, the device — at least cosmetically — could appeal to a child with an active imagination.

But the battery-powered Circuit is uniquely versatile, boasting two polyphonic synths, a drum machine, solid built-in speakers and well-built knobs that adjust pitch, tone, decay and other effects. Users also have more space to roam, letting their tracks sprawl with up to 128 steps.

This set includes a pair of over-ear (wired) headphones and a four-port USB hub. 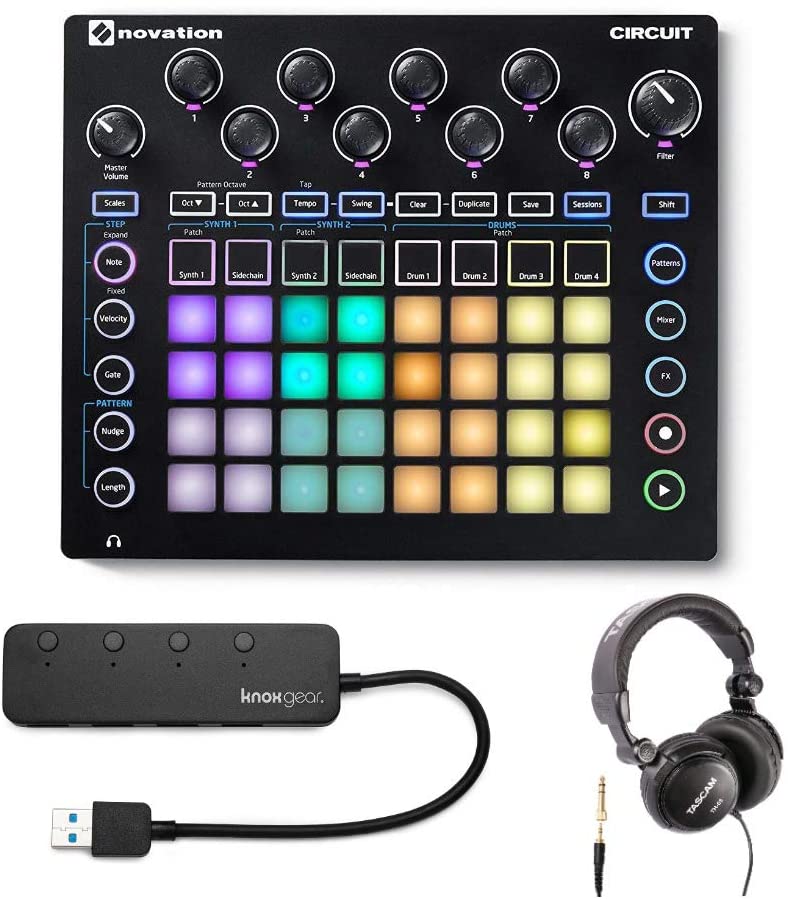