Kourtney Kardashian’s boyfriend, Travis Barker, seemed to throw shade at her ex, Scott Disick, and his lady, Amelia Hamlin, by ‘liking’ an IG comment about their relationship.

At the end of May, an unverified rumor surfaced online that said that Kourtney Kardashian and Travis Barker went on a double date with her ex, Scott Disick and his girlfriend, Amelia Hamlin. Of course, fans had a lot to say about this, but there seemed to be one shady comment that even caught Travis’s attention! Travis went as far as ‘liking’ the comment, which was written in response to the Kardashian fan account’s post about the rumored double date.

“It’s so odd to me like what does a 2001 baby have to do [with] all these grown a** people,” the comment read. “I know that dinner was awkward as hell.” This, of course, is referring to the fact that Amelia is just 19 years old, while Kourtney, Travis and Scott are in their late 30s and early 40s. The model, who turns 20 on June 13, is 18 years younger than Scott, who just recently turned 38. 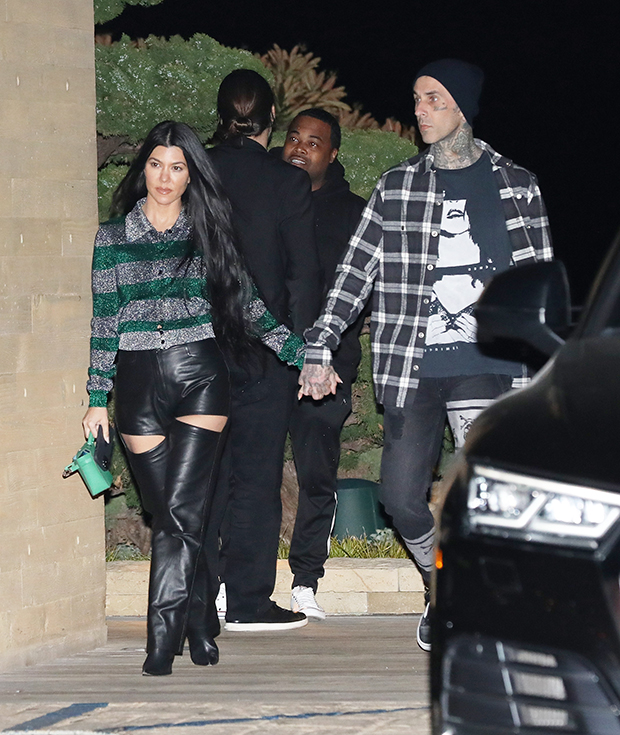 Of course, Scott and Amelia’s age difference has been a very buzzed-about topic of conversation since they got together during the fall of 2020. Scott previously dated Sofia Richie, who is 15 years his junior, for three years. Meanwhile, Kourtney, who’s 42, was with Younes Bendjima, 28, for more than a year before breaking up in 2018. 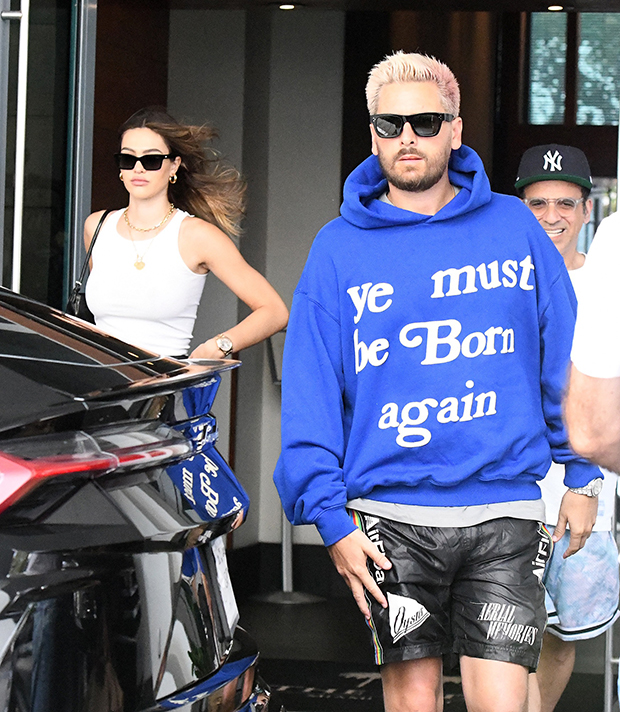 In previews for the current season of The Real Housewives of Beverly Hills, Amelia’s mom, Lisa Rinna, even addressed the age difference. “He’s too damn old and he’s got three kids!” Kyle Richards said in the sneak peek, to which Lisa responded, “I know!” She also talked about it on Watch What Happens Live with Andy Cohen at the end of May. “It is what it is!” she told the talk show host, adding that she and her husband, Harry Hamlin, had recently met Scott and had a “nice time” with him.

It’s unclear if Travis is even aware that he liked this Instagram comment about Scott and Amelia. It was also never confirmed whether the double date even really happened. However, Kourtney and Scott recently proved that they were still on amicable terms when she attended his birthday party on May 24.