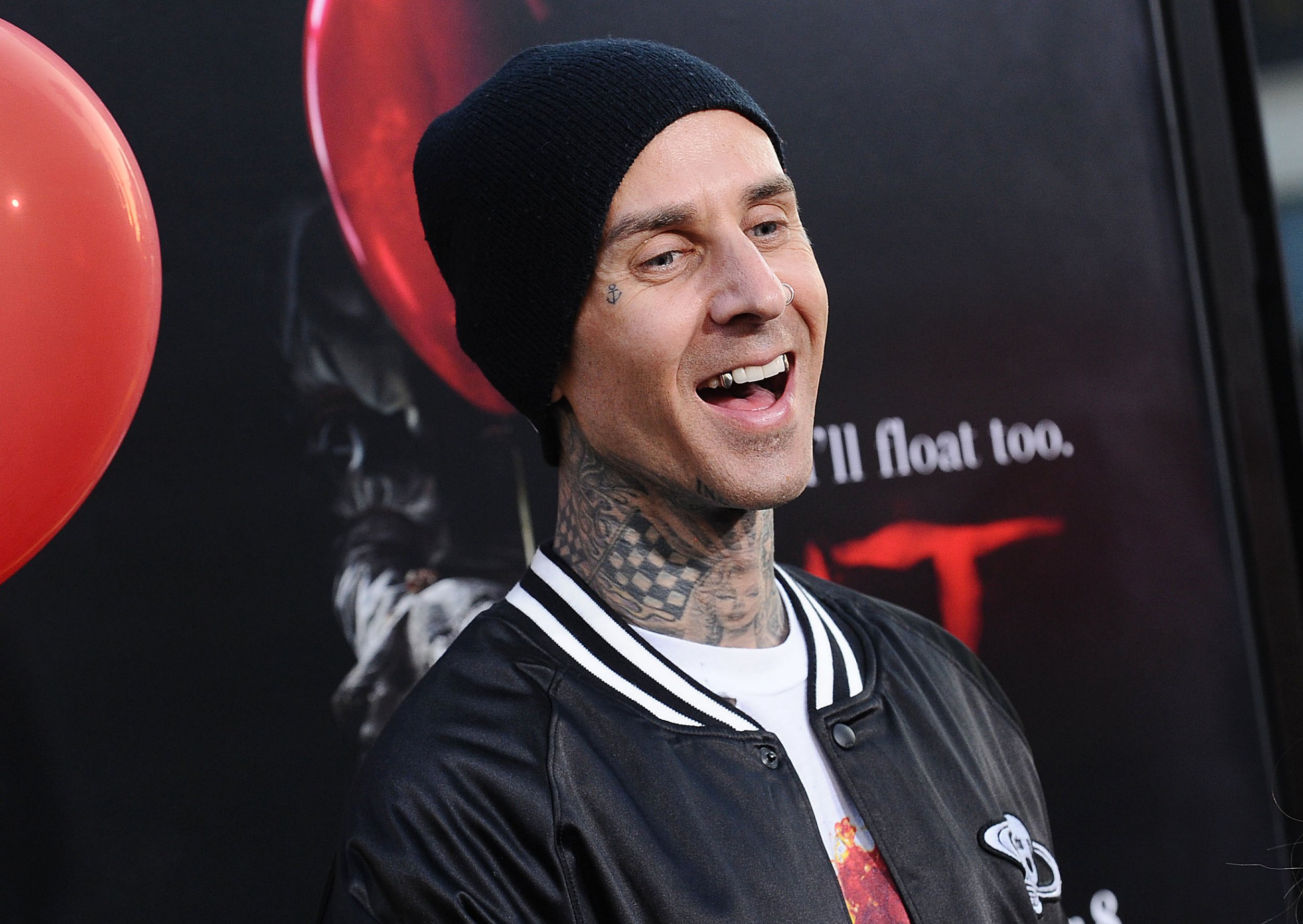 Travis Barker has taken his first flight since escaping death in plane crash that killed four people 13 years ago.

The pair flew to Cabo, Mexico, with Kris Jenner and her boyfriend Corey Gamble, with Travis pictured disembarking with a large hold-all on his shoulder in snaps obtained by TMZ.

According to the outlet, Travis was around an hour late for the flight.

This marks the first time the 45-year-old has taken a flight since 2008, when a business jet he had been taking to Van Nuys, California, crashed, killing four of the six people on board.

Travis and his friend Adam ‘DJ AM’ Goldstein were flying from South Carolina to California with two close friends, assistant Chris Baker and security guard Charles ‘Che’ Still, when the tyres blew during takeoff and the plane overran the runway, skidded across a highway and burst into flames upon hitting an embankment.

Baker, Still and the two pilots, Sarah Lemmon and James Bland, were killed, with Travis and DJ AM able to escape through an emergency exit.

The musician was left with third degree burns on 65% of his body after being covered in jet fuel, and spent three months in hospital, being unable to attend his friends’ funerals.

Travis – who had a fear of flying before the crash – underwent 26 surgeries, numerous skin grafts and had to learn how to walk and drum again, while he suffered from post traumatic stress disorder and severe survivor’s guilt.

A year after the crash, DJ Am died from a drug overdose at the age of 36, leaving Travis as the crash’s sole survivor.

Travis spent years taking buses, cars and boats to concerts, but in an interview earlier this year with Men’s Health, he said that he had an agreement in place with ‘someone very close to him’, who would tell him that he had to be ready to go in 24 hours, and that he would pack an overnight bag to be taken to an airport.

He said: ‘There’s a million things that could happen to me. I could die riding my skateboard. I could get in a car accident. I could get shot. Anything could happen. I could have a brain aneurysm and die. So why should I still be afraid of airplanes?

‘I have to. I want to make the choice to try and overcome it.’

Travis added: ‘If I do it, and the angels above help me in my travels and keep me safe, I would like to come back and [tell his children], “Hey, I just flew here, and then I flew home. And everything was fine.” I have to tell them, because I almost left them.’

The star – who shares Landon, 17, and Alabama, 15, with ex Shanna Moakler – appears to have been helped overcome his fear by girlfriend Kourtney, who he went public with back in February.

A source told E! News: ‘It’s something he’s wanted to do and to overcome. Kourtney has been incredibly loving and supportive and it is through her love, help and confidence in him that he was able to finally do this.

‘The people that have been close to Travis since his crash are so very excited for him.’

Kourtney, 43, and Travis’s relationship seems to be going from strength to strength, with the couple constantly seen together on date nights.

Travis showed his commitment to the reality star early in their relationship by getting her name tattooed on his chest.