TV's most stylish show is back, writes CHRISTOPHER STEVENS

Oh no, they’ve murdered Eve! TV’s most stylish show is back…with a bludgeon in place of its razor wire, writes CHRISTOPHER STEVENS

Gone is the pink nylon tutu with bovver boots, the child’s cartoon pyjamas — and there’s nothing remotely like the Bavarian bodice worn with a fluffy pig-face mask.

Villanelle (Jodie Comer) appears to have ditched her dress sense. And with it, much of the charisma of this violently chic show evaporates. 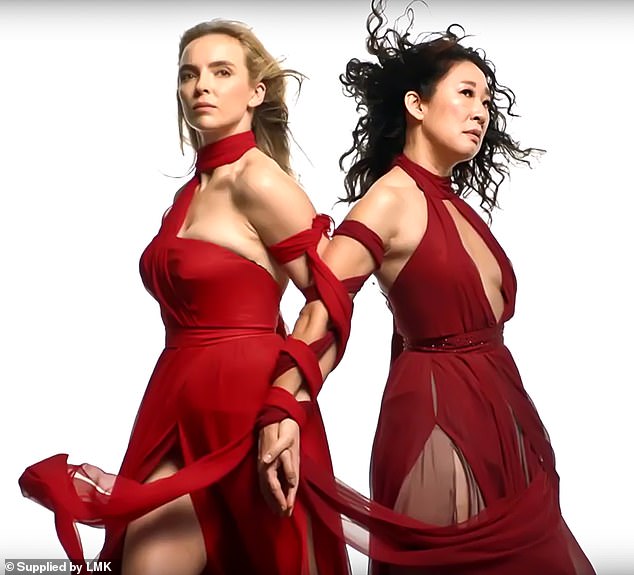 Viewers of the BBC’s on-demand iPlayer service will get a chance to judge for themselves a full week before TV fans: Killing Eve is available via streaming online video from Bank Holiday Monday, while the first episode won’t be broadcast on BBC1 until Sunday, April 19.

No spoilers here, but while the budget, locations and cast are as spectacular as ever, the script really isn’t.

That’s not so much the fault of newcomer Suzanne Heathcote, who takes over writing duties from Emerald Fennell — more a lack of direction with the whole show.

Emerald herself was handed sole charge of the typewriter after the show’s creator, Phoebe Waller-Bridge, left to work on the next Bond movie, No Time To Die. 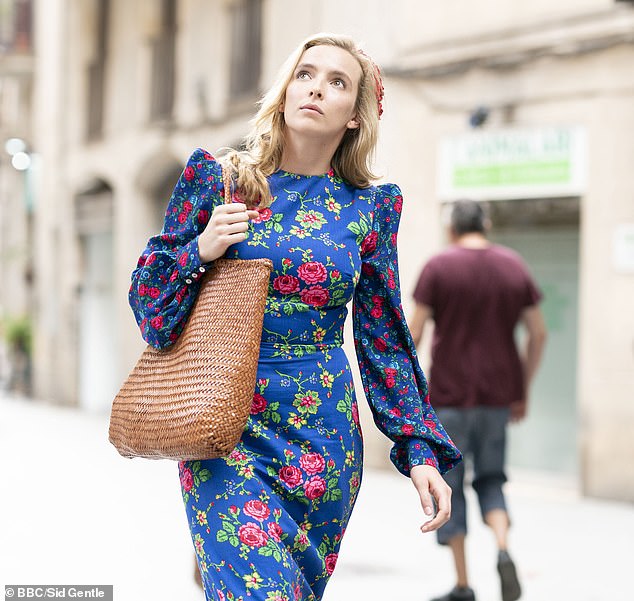 Villanelle (Jodie Comer) appears to have ditched her dress sense. And with it, much of the charisma of this violently chic show evaporates

The baton has been passed from hand to hand more times than a bundle of brown paper in a game of Pass The Parcel.

Compare that to the sleek and focused Line Of Duty, which has always remained under the tight control of its creative genius Jed Mercurio.

Killing Eve hasn’t exactly become unrecognisable — it just no longer looks like its authentic self. We still get the sudden, unexpected blasts of violence, the deafening soundtrack of obscure pop gems, the lavish set-pieces and glamorous backdrops.

But these are a mere imitation of elements that made the first series the most talked-about television show in years.

If you were addicted when it first appeared in 2018 — and you stuck with it through the uneven, hot-and-cold story­line last year — then you’ll still care what happens to Villanelle.

You will want her to be happy, even though the only pastime that brings her joy involves shooting, stabbing, braining and skewering people she’s never met. 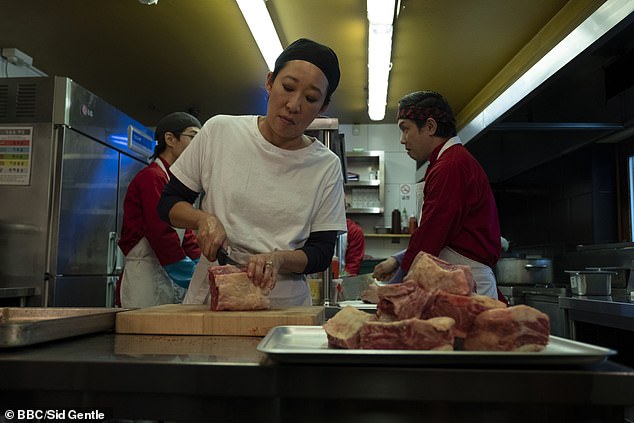 Sandra Oh is such a terrific actress she can make you feel the pulse of her frustrated anger, even when she’s just crimping pastry in a Chinese kitchen

But if you can’t remember her history, there’s nothing left now to keep you interested. Once, Villanelle was a mass of conflicting emotions that she couldn’t understand; now, she appears empty.

No wonder her love of designer clothes has evaporated. It’s far easier to care about Eve, largely because Sandra Oh is such a terrific actress.

She can make you feel the pulse of her frustrated anger, even when she’s just crimping pastry in a Chinese kitchen.

By the time she takes a hatchet to some chicken carcasses, you’ll be flinching.

Kim Bodnia, as the fixer and double agent who seems constantly amused at the prospect of his own imminent murder, is equally good.

He has sublime comic timing, which he shows off in his first scene, in a gift shop, when all the mobile phones hidden around his person start bleeping.

Fiona Shaw’s acidic MI6 maverick has been reduced to a passive caricature, gutless and timid. All the nastiness in the security services has been transferred to Steve Pemberton as a back-­stabbing department head.

He’s ‘M’ — if ‘M’ stands for middle-manager. Also joining the cast is Harriet Walter as… well, if you’ve been enjoying her turn as a spiteful aristocrat in Belgravia, she’s even more sadistic here.

A cast like that can make any dialogue glitter but, by golly, they have to work hard.

In one dreary exchange, a character announces: ‘I’m meeting a friend.’ ‘You have friends?’ retorts a colleague. ‘You realise, to fit in with the rest of us, you have to be socially inept.’

Banter like that would sound hackneyed in a soap opera.

The script lacks zap, which is tragic in a show that gave us lines like Villanelle’s classic, ‘You should never tell a psychopath they are a psychopath. It upsets them’ (uttered while holding a knife to Eve’s throat in her own home).

Killing Eve’s miserable decline is summed up by a scene in a dingy London restaurant. The boss is lecturing someone in a half-hearted way, while watching a Chinese gangster movie with one eye on a portable TV.

The screen is no bigger than a postage stamp. On it, a hitwoman is holding a pistol to the head of a weeping victim.

She pulls the trigger. It’s a half-hidden detail — until the camera zooms in on the TV to make certain we see it.

Killing Eve used to slide home its jokes like needles, with subtle precision. Now it bludgeons everything over the head.

The cleverest action series on television is looking punch-drunk, concussed — and badly dressed.

Killing Eve is available on BBC iPlayer from Monday