Home » Celebrities » What A Poll Just Revealed About LeVar Burton

What A Poll Just Revealed About LeVar Burton

Following the announcement on August 11 (via Page Six) that executive producer Mike Richards, along with actor Mayim Bialik, were officially picked to be the new and permanent faces of “Jeopardy!”, fans of the show immediately were up in arms. During the period of time following Alex Trebek’s death in Novemeber 2020 — in which a number of celebrities and former “Jeopardy!” contestants tried out for the job by temporary gigging on-air for the role — there seemed to be an obvious, or at least popular choice: LeVar Burton. Internet denizens petitioned for him to replace Trebek, a campaign that went viral back in November of last year, well before Burton embarked on his own trial run. Burton then dropped some viral tweets about wanting a shot, got a shot, and was unfortunately not chosen.

So what might have factored into the snub against Burton? And despite Burton being passed over the role by NBC network executives and producers of the show, is he still the man fans want as host? Keep on reading after the jump to find out more. 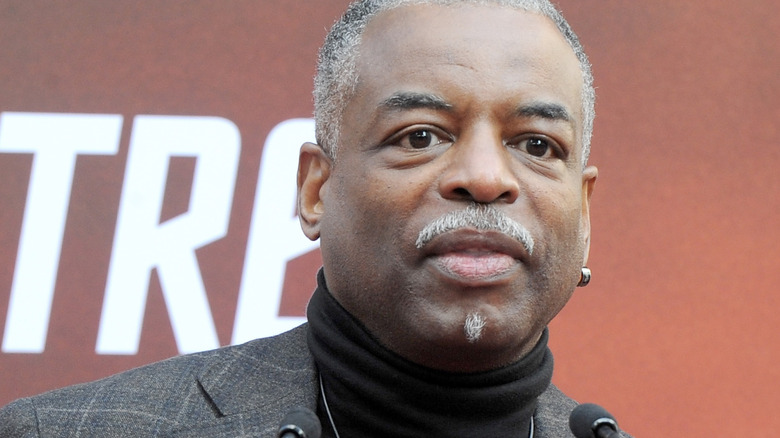 As The New York Post reported on August 18, a recent poll conducted by the marketing research company Morning Consult showed that out of all of the to-be hosts, LeVar Burton outperformed as the most popular. Per the Post, 14% of respondents chose Burton as their favorite for the gig, with Mike Richards, who received the role, coming in at a lower 3% rating. Considering the 11-point margin between the two, along with the reaction to the upset — which was enough for director Ava DuVernay to reach out to Burton via Twitter in an effort to collaborate on an entirely new game (yes, please!)  — what gives?

According to Yahoo! Entertainment, Richards winning out over Burton may have to do with ratings. As the outlet noted, Burton’s four-day run as a host from July 26 to July 30 only received a Nielsen rating of 4.4, one of the lowest out of all the potential “Jeopardy!” host contenders — while Richards received a 5.9. But Burton’s run also took place during the first week of the Tokyo Olympics, which, for obvious reasons, drew worldwide attention to the games. (The show was temporarily rebranded in August as the “Jeopardy-Olym,” per Yahoo!, which saw then-guest host David Faber receive a just slightly higher Nielsen rating of 4.5).

Clearly, numbers aside, people want Burton instead of Richards. Here’s hoping he finds his gameshow justice!