Home » Celebrities » Who will attend the Queens funeral – see names

Who will attend the Queens funeral – see names

The Queen has received an outpouring of tributes since her death last Thursday and already many well-known faces have confirmed their attendance at her funeral on September 19.

As far as family are concerned, of course, all the Queen’s immediate family including King Charles and Queen Consort Camilla as well as the Duke and Duchess of Cambridge will be in attendance. Prince Harry and Duchess Meghan have extended their UK stay until after Her Majesty’s funeral.

WATCH: Queen’s coffin driven through the Royal Mile in Edinburgh

SEE: How King Charles will lead the country into the new era

Joining them will be Princess Anne, Sir Timothy Laurence, Zara Tindall, Peter Phillips and their respective partners. The Queen’s grandaughters Princess Beatrice and Princess Eugenie are also expected to be in attendance with their spouses. It seems unlikely that the sister-duo will be joined by their children. 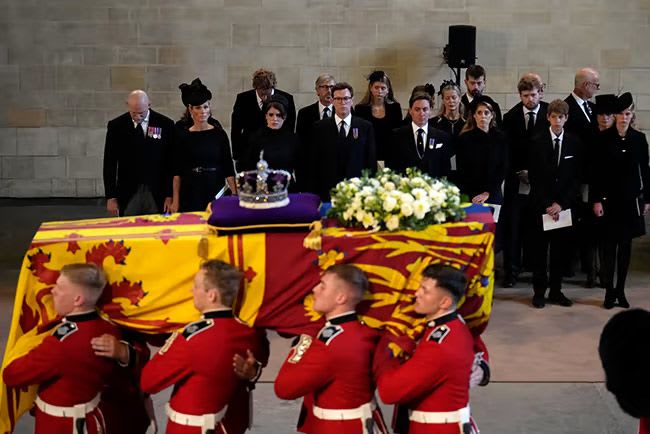 All of the Queen’s family will be in attendance

Prince Edward and Sophie Wessex will be in attendance as will their children, James Viscount Severn and Lady Louise Windsor.

None of the royal youngsters including, the Wales children, Sussex children or the Tindall children are expected to join their family due to them being too young for the solemn occasion.

Fellow royalty from across the globe have also confirmed their attendance at Her Majesty’s funeral, including European monarchs, King Willem-Alexander, Queen Máxima of the Netherlands and former Queen Beatrix.

Princess Eugenie and Princess Beatrice will be joined by their spouses

King Felipe and Queen Letizia of Spain, will also come over for the ceremony, as will their predecessors, Juan Carlos I and his wife and former Queen of Spain Sofia. Belgian King Philippe and Queen Mathilde were also confirmed as guests as are Queen Margrethe of Denmark and her son, Crown Prince Frederik. Crown Princess Mary will no longer be attending, although no reason has yet been given.

Prince Albert and Princess Charlene of Monaco will pay their respects to the late monarch as will, Grand Duke Henri & Grand Duchess Maria Teresa of Luxembourg. King Harald & Queen Sonja of Norway will be in attendance alongside former royals, Prince Emanuele of Savoy, and Crown Prince Alexander of Serbia. 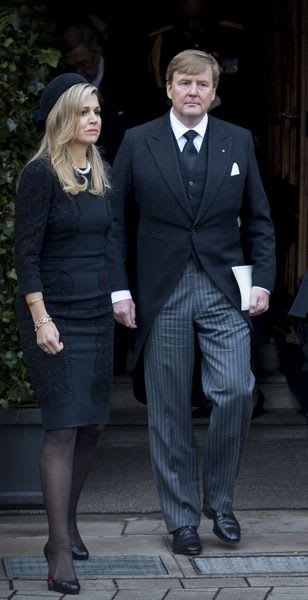 Royalty from other corners of the globe headed over to the UK to pay their respects include the emperor of Japan, Emperor Naruhito with his wife, Empress Masako. King Tupou of Tonga, will also be in attendance, as will, King Jigme & Queen Jetsun of Bhutan, Yang di-Pertuan Agong Abdullah & Raja Permaisuri Agong Tunku of Malaysia, Sultan Hassanal of Brunei and Sultan Haitham of Oman.

Other guests will include government ministers, as well as former Prime Ministers, David Cameron, Tony Blair, and newly-appointed PM Liz Truss, whose meeting with Her Majesty was her last official engagement.

President Joe Biden has confirmed he will try to make it over for the historic occasion. “The Queen has defined an era,” the President said, describing her as an “incredibly thoughtful and gracious woman”.