Lil Wayne’s daughter Reginae Carter and YFN Lucci seem to be done for good. After speaking about her breakup on T.I. & Tiny: Friends and Family Hustle, she also spoke candidly on social media while talking with Shekinah Jo. 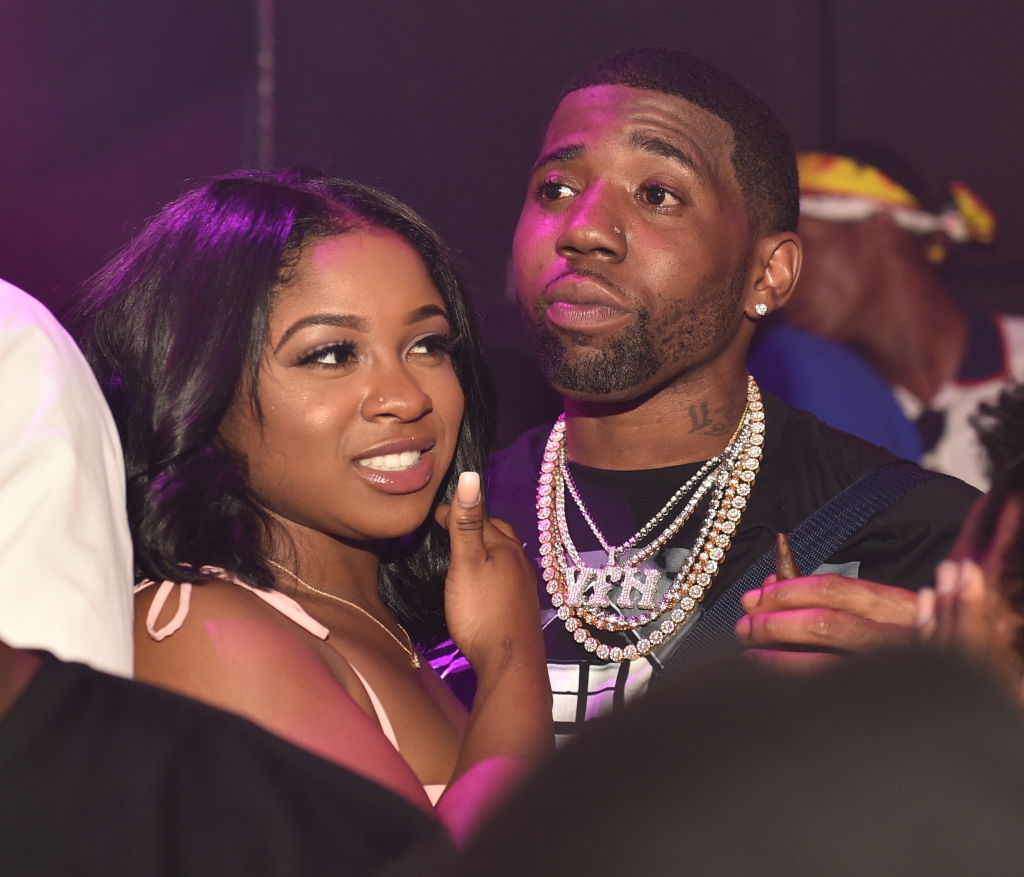 Reginae Carter and YFN Lucci had a rocky relationship

Carter and Lucci had been romantically linked for a couple of years. Their relationship gained a lot of attention due to the fact that Carter, 21, is almost 10 years Lucci’s junior and he has two children.

They had reportedly broken up in August 2019 and had been on-and-off for months, but in December 2019, it was rumored online that Lucci may have been trying to get back with Carter.

Shortly after they broke up in August, Carter’s mother, Toya Carter, said, “She’s single…I mean, hey. She’s young. You live, and you learn. I just want the best for my kid at the end of the day. It’s no shade against Lucci. I wish him the best, but I want the best for her. I just want my daughter to be happy. I want her to get focused on her first and love, that’ll come next.”

Recently on Instagram, Carter was on Instagram Live with Love & Hip Hop star and family friend, Shekinah Jo. She talked about what she’s learned from the relationship.

Carter told Jo, “I don’t care how old I get or how young I am, I will never allow no man to post a girl shaking they a**. I don’t care if she’s shaking it to your music. It’s a respect thing. Maybe that’s just not me. Maybe that’s just not my crowd. But I will never be cool with no man going to no party with no hecka naked girls shoving cucumbers anywhere. I would never date a rapper again. I already learned my lesson.”

On a recent episode of T.I. & Tiny: Friends and Family Hustle, Carter also opened up about what her father told her after she broke up with Lucci.

She said, “To hear my daddy tell me that Lucci, he loves you probably, but he’s not in love with you because of the actions and the things that he’s doing. My father told me that sometimes when people don’t know love themselves, they can’t love other people, and you can’t blame them for that. Sometimes people just don’t know how to love. Lil Wayne! He made the song! ‘How to Love.’”