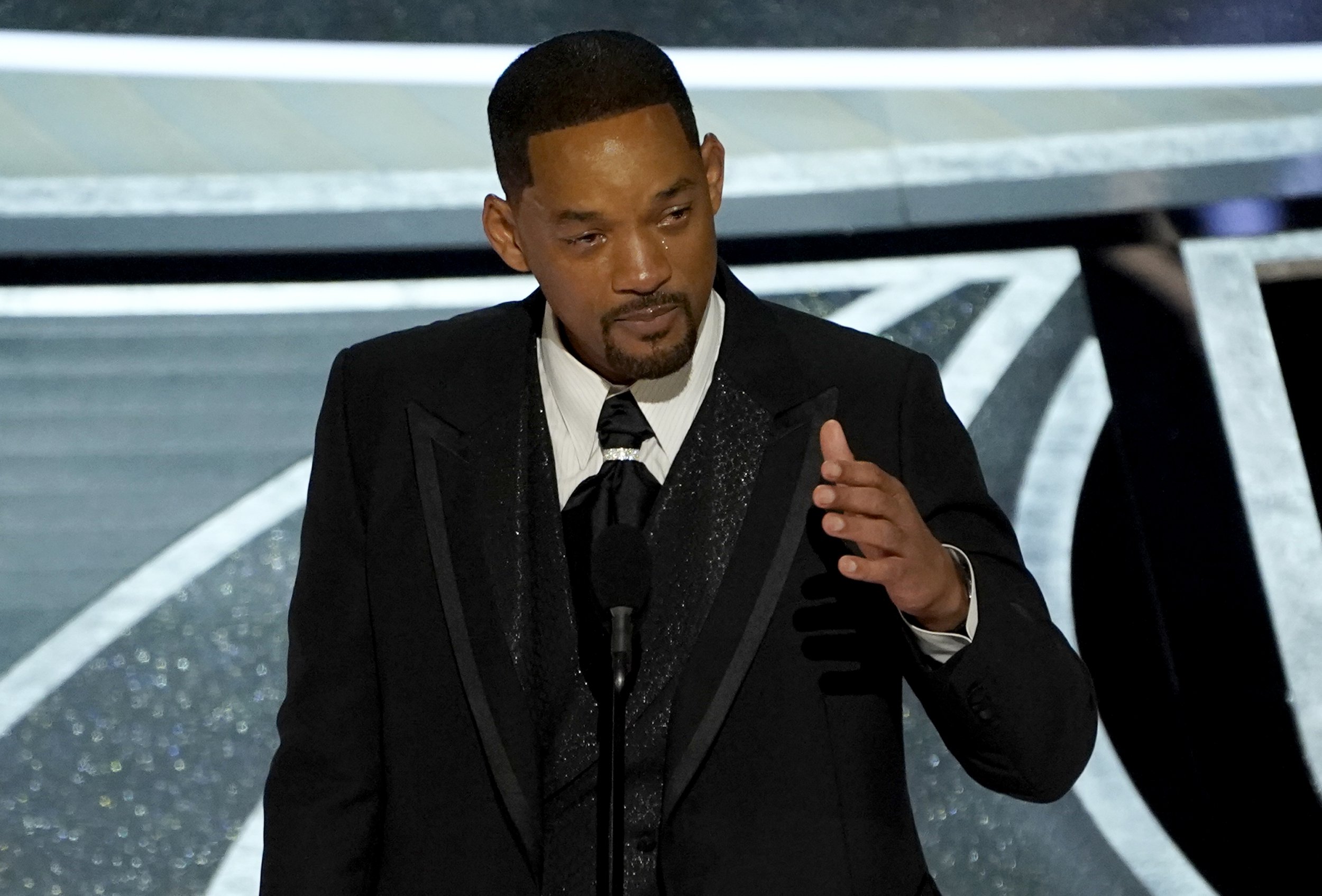 Will Smith has announced his resignation from the Academy after slapping Chris Rock during the Oscars.

The actor had face criticism after storming the stage and hitting the comedian after he compared Will’s wife Jada to GI Jane, not knowing that her hair loss was due to the medical condition alopecia.

Will had been facing expulsion or suspension from the Academy following the incident, with bosses investigating.

However, he announced he would be resigning, saying in a statement shared via Variety: ‘The list of those I have hurt is long and includes Chris, his family, many of my dear friends and loved ones, all those in attendance, and global audiences at home.

‘I betrayed the trust of the Academy. I deprived other nominees and winners of their opportunity to celebrate and be celebrated for their extraordinary work. I am heartbroken.’

He added: ‘I want to put the focus back on those who deserve attention for their achievements and allow the Academy to get back to the incredible work it does to support creativity and artistry in film.’

Will concluded: ‘Change takes time and I am committed to doing the work to ensure that I never again allow violence to overtake reason.’

The actor had walked up on stage and slapped Chris in the middle of the show, before yelling ‘Get my wife’s name out your f**king mouth’.

Shortly after the incident, will was awarded and Oscar for his role in King Richard and allowed to make a six-minute speech.

There had been intense scrutiny over the decision to let the 53-year-old remain at the Dolby Theatre for the rest of the ceremony on Sunday, and collect his best actor Oscar shortly after.

Organisers condemned his actions in a statement on Wednesday, stating that he was ‘asked to leave’ the ceremony but ‘refused’.

‘Things unfolded in a way we could not have anticipated,’ it read. ‘While we would like to clarify that Mr Smith was asked to leave the ceremony and refused, we also recognize we could have handled the situation differently.’

However, insiders later claimed that was not the case, with sources telling Variety that some Academy members wanted Will removed but said that there was no formal or explicit ask for him to leave the ceremony – something that the official statement from organisers refutes.

They also revealed that show producer Will Packer was ‘key’ to him staying in the audience, and approached him soon after the slap to explain that those in the production ‘officially’ wanted him to stay, something other sources have denied.

After the incident, the Academy launched an investigation into what happened, and announced that they have ‘initiated disciplinary proceedings against Mr Smith for violations of the Academy’s Standards of Conduct’.