Home » Fashion » Alexander Wang Responds to Accusations of Sexual Misconduct, Attorney Lisa Bloom to Represent Some of the Alleged Victims

Alexander Wang Responds to Accusations of Sexual Misconduct, Attorney Lisa Bloom to Represent Some of the Alleged Victims 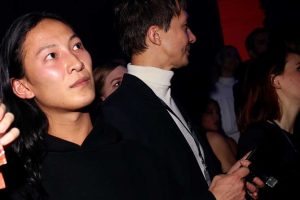 DISPUTE INTENSIFIES: After days of reports of accusations of sexual misconduct, Alexander Wang addressed the situation personally Monday by posting to his 436,000 followers on Instagram.

On Monday afternoon high-profile attorney Lisa Bloom made public that she is representing several of the accusers. Bloom declined to specify how many people there are or what the fee agreements are. “That’s confidential but it’s safe to assume that I’m doing this because I think it’s important.” she said, adding that “a number of people have reached out either with sexual misconduct allegations against Wang, as witnesses, or with information that they think will be helpful.”

The designer’s post Monday read, “I’d like to take the opportunity to connect directly with the people who have followed and supported this brand and me over the years and address the recent false, fabricated and mostly anonymous accusations against me. These baseless allegations were started on social media by sites, which repeatedly disregarded the value and importance of evidence or fact checking.”

He continued, “My team is doing everything in its power to investigate these claims and I promise to remain honest and transparent throughout that process. I am fortunate to have received an overwhelming amount of support over the past few days and am thankful to those who stand by my side at this time.”

Dressing Up: Greatest Party Looks From the Fairchild Archives

Although the number and identities of Wang’s accusers have not been revealed, the Model Alliance, a New York-based organization that supports models, posted a message of solidarity on its social media channels prior to Wang’s denials. The Model Alliance encouraged anyone in need of support to seek it through the organization, which offered to provide legal referrals and help filing formal complaints.

A Model Alliance executive did not respond immediately to a request for comment Monday.

Wang came under fire last week after Diet Prada picked up on a post by S–t Model Management, which referred to Wang as “an alleged sexual predator” and claimed that many male and trans models have spoken about alleged sexual misconduct that Wang had inflicted upon them.” The post also advised unfollowing Wang and boycotting the clothing line.

An e-mailed request to S–t Model Management was not initially acknowledged Monday.

This is the second time in four days that the Wang team has addressed the controversy, after initially declining comment when it first surfaced. On Thursday afternoon, a spokeswoman at the crisis management public relations firm Hiltzik Strategies shared a lengthy statement on behalf of Wang. The designer’s response highlighted among other things how he intends “to get to the bottom of this and hold accountable whoever is responsible for originating these claims and viciously spreading them online.”

While Bloom’s team continues to field calls, conduct its own investigation and corroborate witnesses’ information, no lawsuits have been filed at this point. She said, “We are working very hard on this full-time to get to the bottom of this.”

From her perspective and experience in dealing with fashion-related cases, Bloom said she feels the fashion industry “is saturated with sexual assault especially against models.” The Los Angeles-based attorney represented models who accused Paul Marciano at Guess a couple of years ago. That settlement led to him stepping down and has since stepped back up, which Bloom described as appalling. She said also represents a few male models who have accused photographer Bruce Weber of sexual misconduct, a case that continues. A representative for Weber was not immediately available for comment Monday.

Having also represented “a lot of models who were abused by Jeffrey Epstein after their modeling agencies sent them to him, when they should have known better,” Bloom said, “Models are constantly being abused, being treated like pieces of furniture or set toys.”

She said, “Alexander Wang has, I’m sure, a team of publicists, attorneys and friends who will stand by him. What I have is a group of young men, who are quite adamant that they were his victims. What we have on our side is the truth and credibility. Alexander Wang has called them liars…he has said this is all baseless, and that has only inflamed the situation, and has caused more people to reach out to me.” Bloom said.

Sexual assault victims often remain quiet, until they see someone else attacked by the same person be called a liar and that prompts them to come forward to share their story, according to Bloom.