Home » Can YOU spot the odd one out in this brainteaser? There’s a bird with no matching pair – but are you eagle eyed enough?

Can YOU spot the odd one out in this brainteaser? There’s a bird with no matching pair – but are you eagle eyed enough?

THERE'S a bird in this tricky brainteaser who's missing a pair – so can you spot which one?

The puzzle is by Hungarian cartoonist Gergely Dudas, known as Dudolf, and it's characteristically difficult. 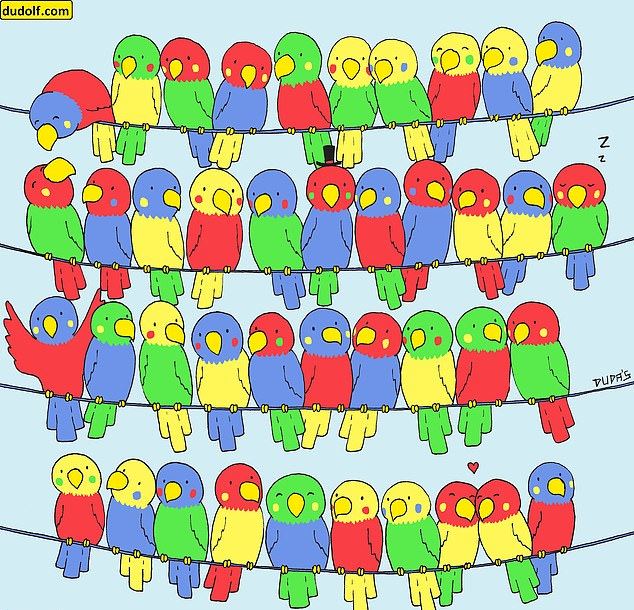 It shows 41 colourful parrots sat on four telephone wires – meaning there's an odd one out.

Two of the parrots are smooching, while one pair is chatting across two wires.

Others are having a snooze, wearing top hats, flapping their wings or simply looking around at their pals.

If you're still struggling, try zoning in on the centre of the image. Check below to see if you got it right… 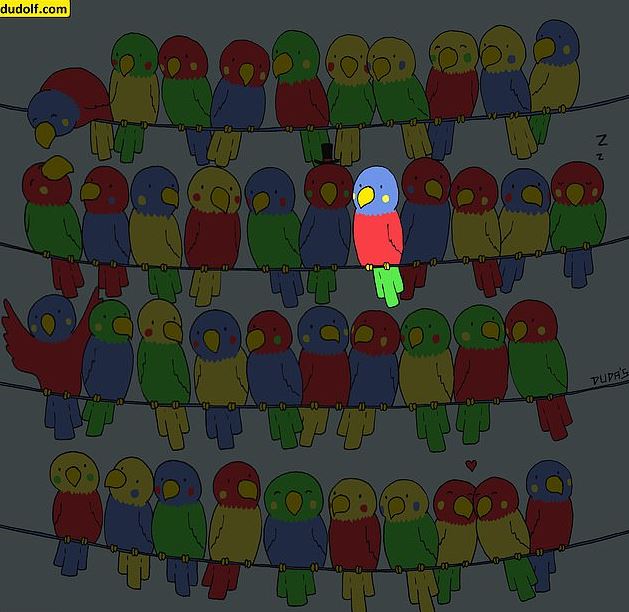 That bird is the only one with a blue head, red body and green tail, making him the odd one out.

Did YOU solve it? Share it with your friends to see if they can figure it out too.

We previously challenged you to spot the snake among the slithering tortoises.