AFTER having a baby, our bodies tend to change quite drastically.

One mum, Daisy Wood from the UK, revealed her boobs grew so big after giving birth that she had to buy an entirely new wardrobe. 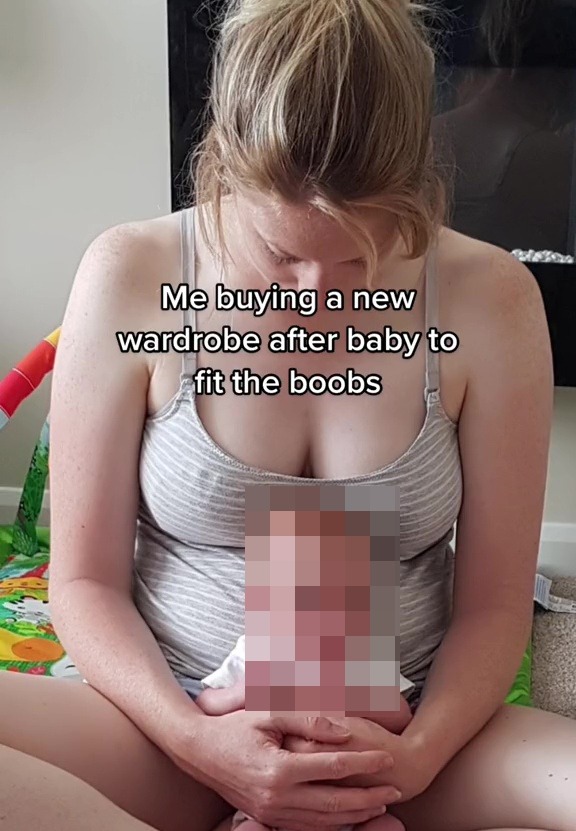 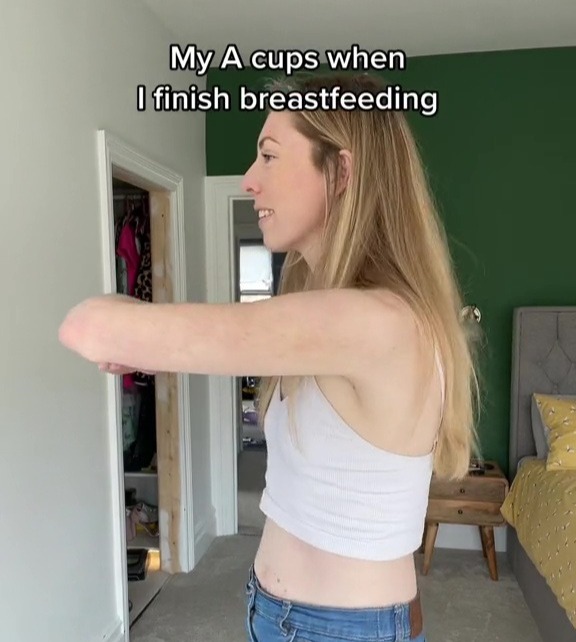 Holly's boobs obviously got bigger a she was breastfeeding her first-born son and she was excited to have a fuller bust.

After spending a ton of money on new clothes to fit her new, bigger bust, Holly stopped breastfeeding her son.

But when she stopped breastfeeding, she also lost her new bust size.

In a TikTok video posted to her account, Muddle Through Mummy, she said: "Me buying a new wardrobe after baby to fit the boobs." 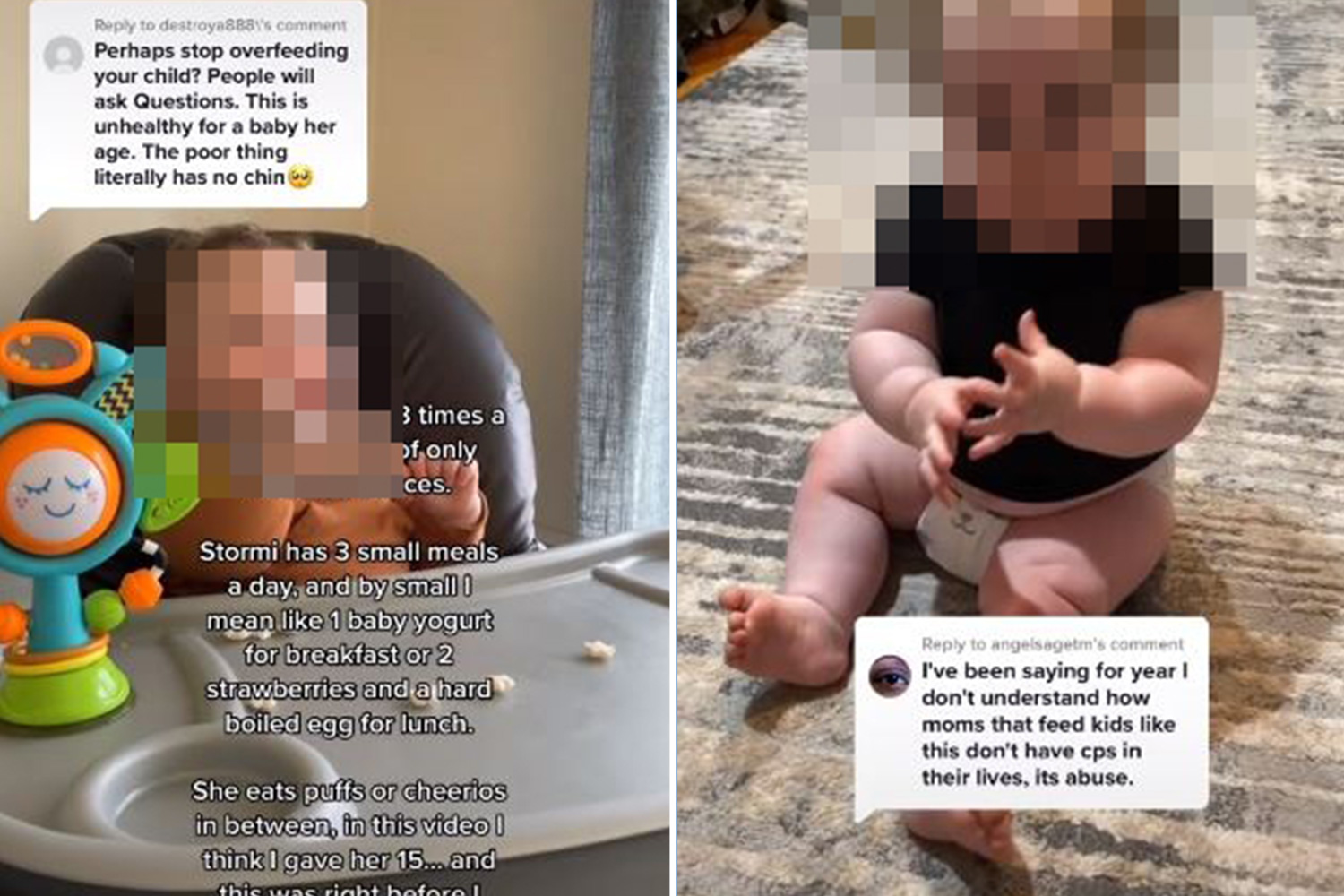 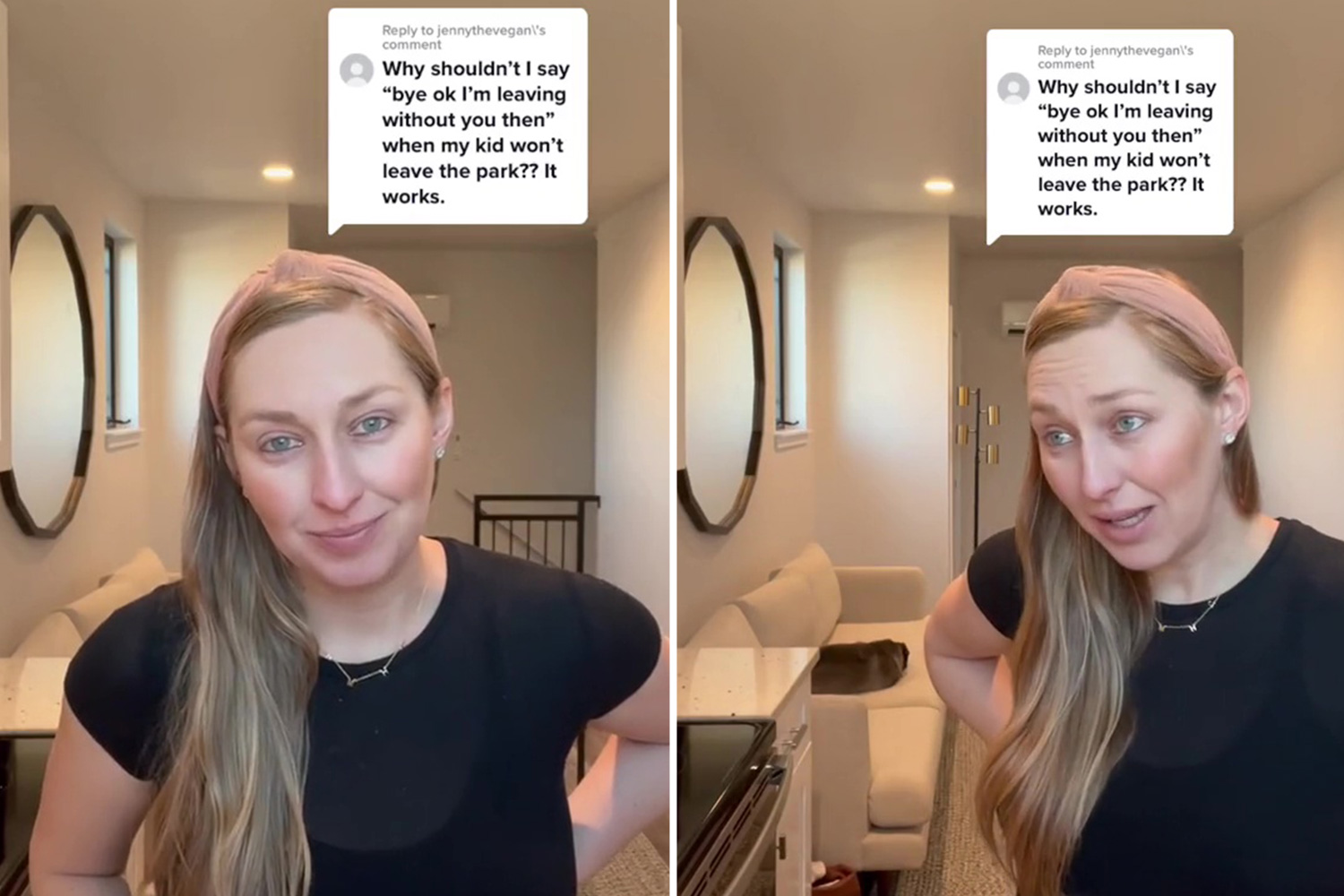 Holly then showed how her boobs instantly returned to their normal size once she had stopped breastfeeding.

"My A cups when I finish breastfeeding," she wrote as the mum turns to show her chest had shrunk back down.

The mum, who fell pregnant again three months after finishing breastfeeding, joked that she missed her bigger boobs so much that she 'got pregnant again 3 months later.'

The video, which has now gone viral with over 300k views seemed to shock women who thought their boobs would stay that size after pregnancy.

I looked at Azaylia & knew this was day she would die, reveals mum Safiyya

One wrote: "I hope this happens to me when I stop breastfeeding."

"Glad to know they go back to original size , i loved my small boobs they way too big now." another woman commented.

Others were stunned by the news your boobs shrink after stopping breastfeeding, one asked: "This can happen?"

To which one woman replied: "Happened to me too, mine got smaller than they were before pregnancy though."

Another added: "This better happen to me when I’m older!"