A MOMMY makeover surgeon has made it his goal to ensure his patients look better than before they had kids.

In an exclusive interview with The U.S. Sun, New York-based plastic surgeon Dr. Ryan Neinstein explained how he combines three surgeries to get the most impact, and he also shared insight on which procedures to avoid. 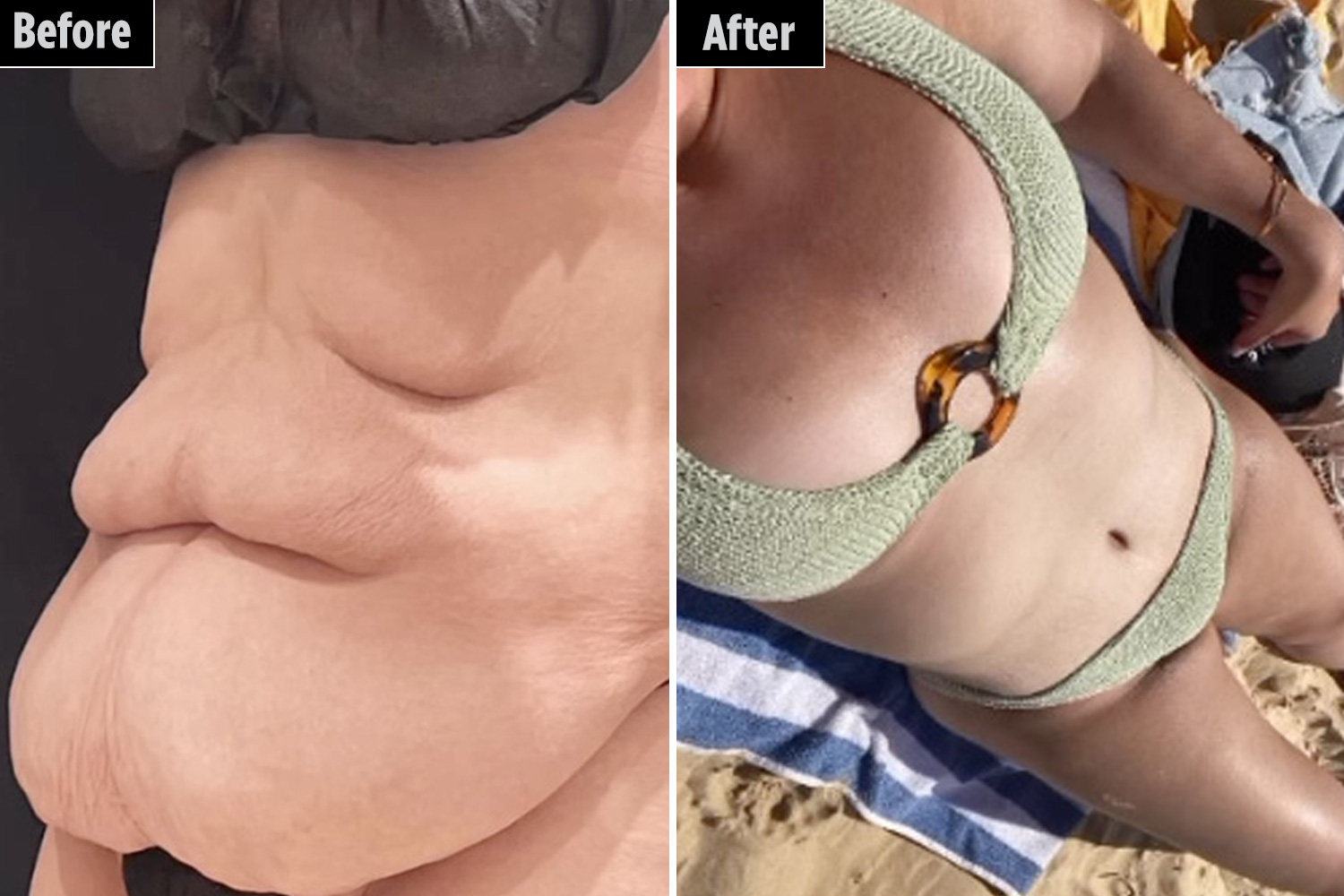 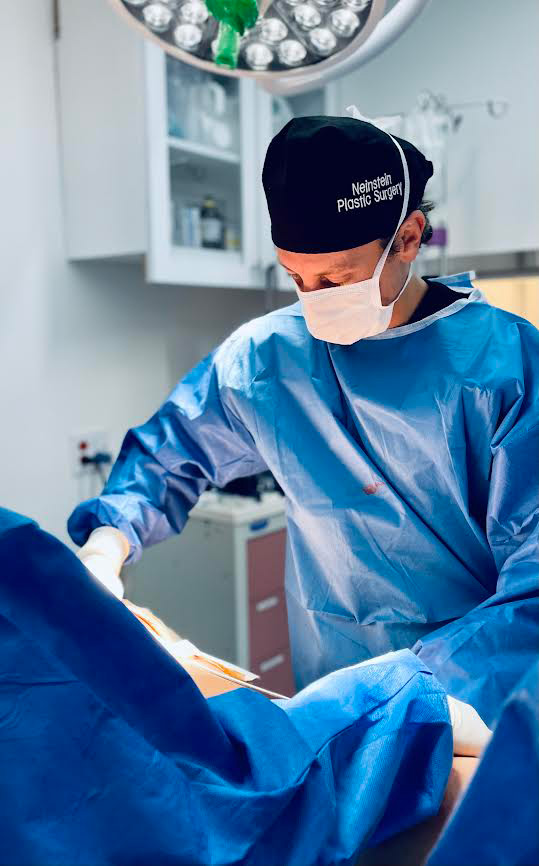 "My practice is unique in that we are hyper-focused on very few types of surgeries," he said.

The plastic surgeon said that his practice has written the book, so to speak, on the three surgeries that are most sought after by the post-partum crowd.

"It's liposuction, it's breast surgery and it's tummy tucks, and what we did was we basically put all three operations into one," he said of one particularly pricey procedure his office has become known for dubbed "The Birkin Body."

"That procedure really helps to reverse all the changes that happened in pregnancy. It's like the ultimate body plastic surgery procedure," Dr. Neinstein added. 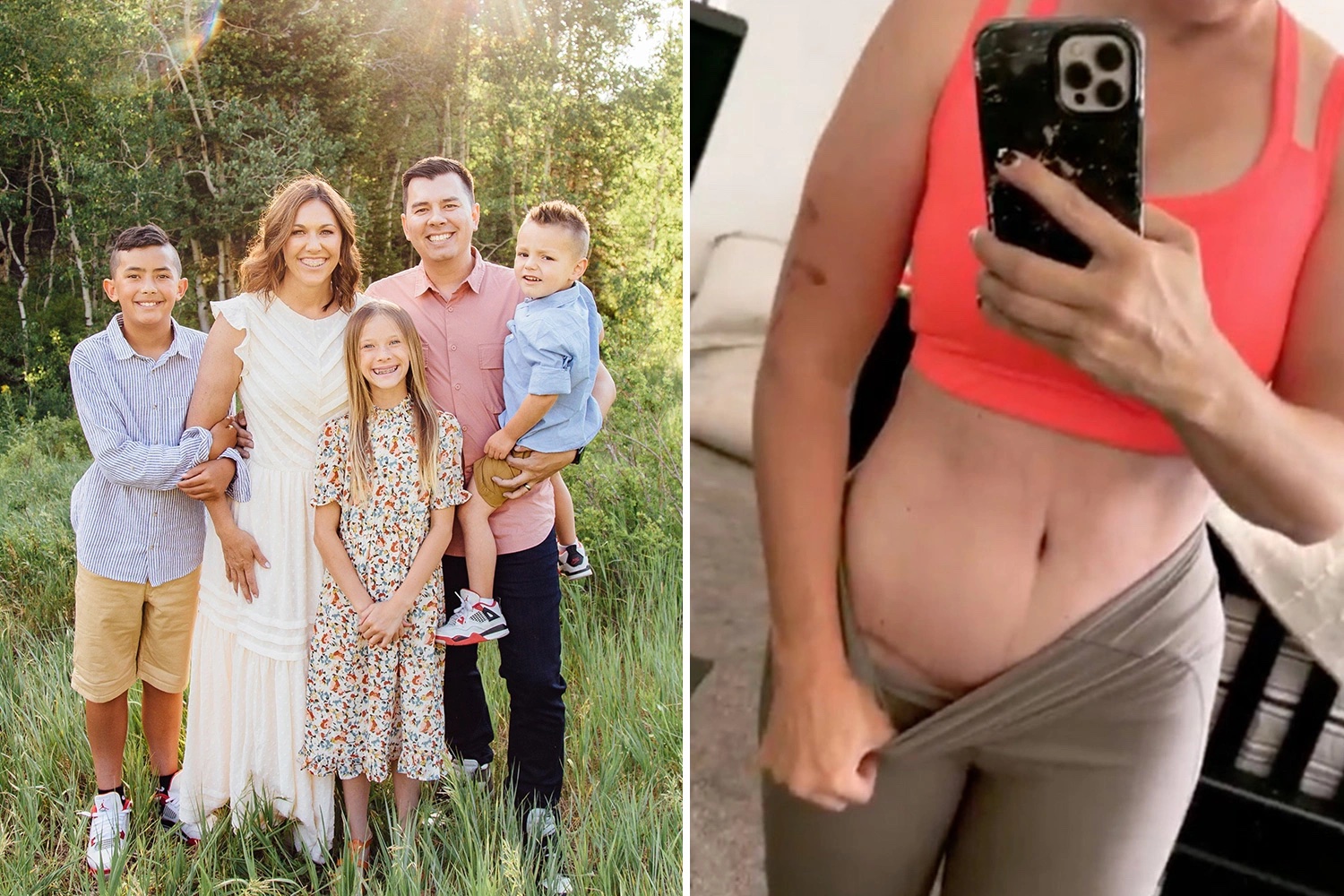 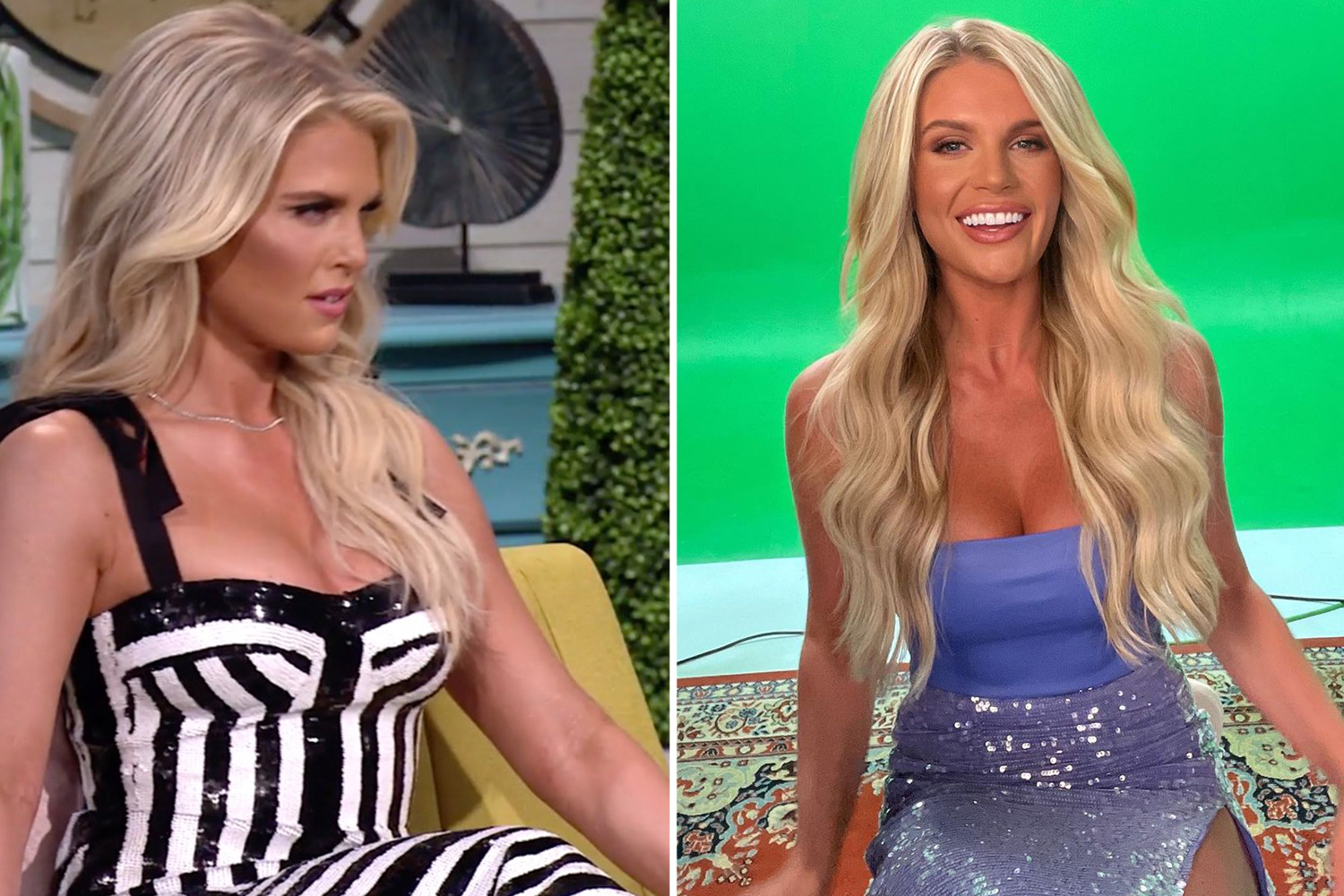 The New York-based surgeon revealed his well-heeled clientele come from far and wide seeking out his expertise and his craft – and his office's renowned after-care – which includes stays at some of the top hotels in New York City.

The procedure and extensive, attentive aftercare – along with regular visits from the master himself to his patients in the week following "Birkin" procedure – can go for as much as $75,000.

The surgeon said that almost as important as the physical transformation that his patients undergo during the cosmetic procedures is that he also sees a major change in their mindset in the process.

The doctor, who's a new father himself, is keenly aware of the struggles mothers face once they've gone through the pregnancy and birthing process.

"My associates and I have a huge affinity for young families. My patients are around 35 to 48 years old. My wife is the same as all of my patients and I capture the hearts and minds and feelings that my patients are going through."

He said that the mothers that come to him "have torn muscles, skin stretched and breasts deflated."

"I really love the psychological change that the mommy makeover procedure gives to people because it really restores their confidence," he said.

"It's not just reconstructive in nature. Obviously, we're going to soup you up while you're there, but it's really not a pure vanity procedure," he added.

"I do think that we help change our patients' confidence and it's dramatic and I think we do a lot of good in the world by restoring a sense of self in that mind/body connection for mothers. It's something that's really important," Dr. Neinstein proclaimed. 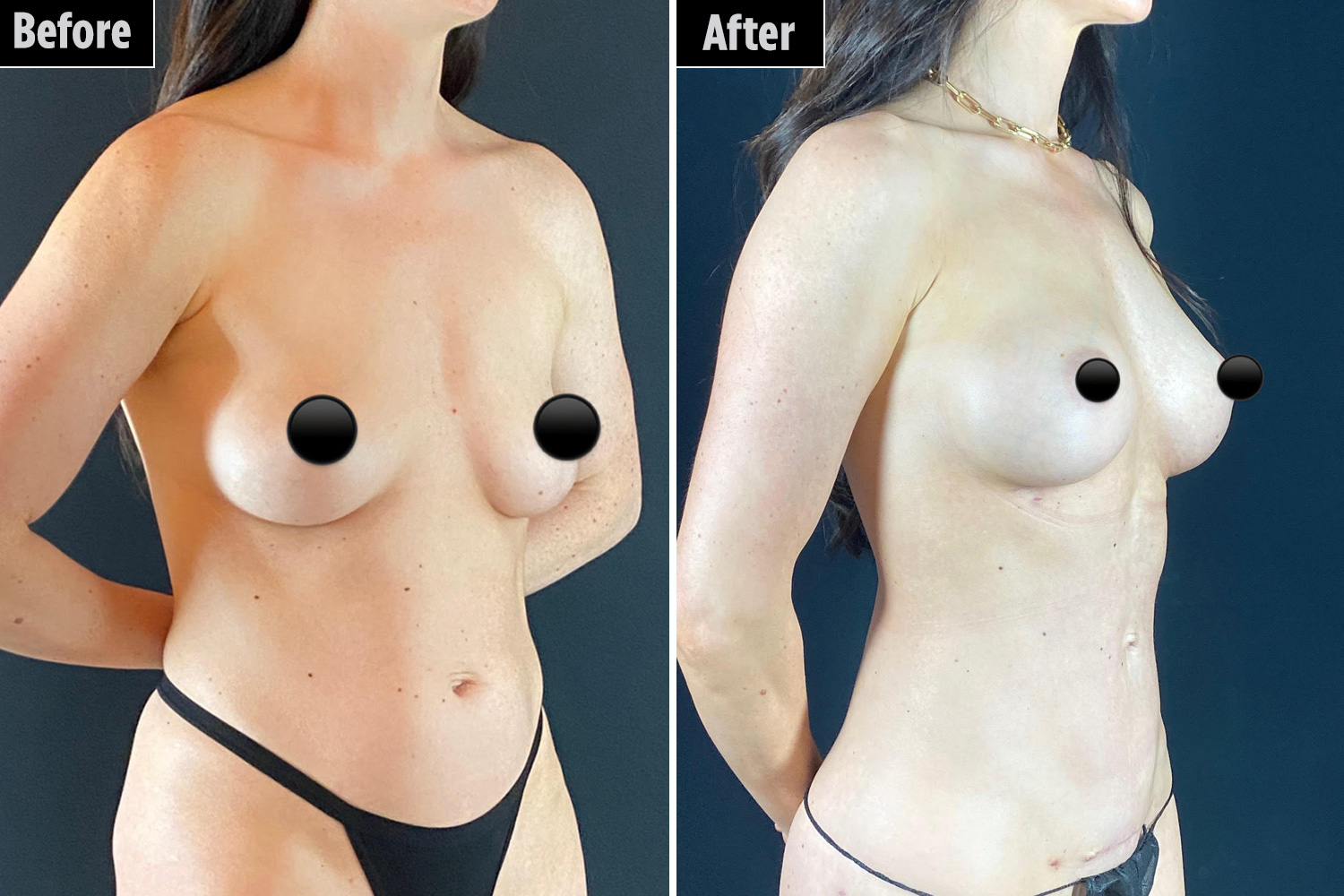 Many people who have gone through the birthing process are aware of the dramatic changes to the body's core, and sometimes those changes leave a lasting impact – and that is where Dr. Neinstein really shines.

"A lot of these women, their muscles are stretched length-wise, like a bow and arrow, they're too long and they're now in a nonfunctional position.

"We shorten them and we put them in a functional position. And some of the things that we do that are unique is we don't just do the up and down rectus muscles. We also do the oblique muscles, which help reestablish the curves," the New York-based surgeon added. 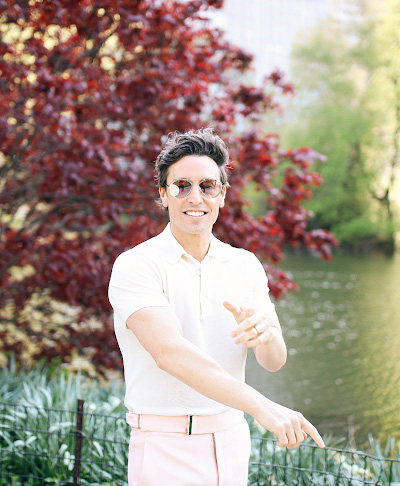 While Dr. Neinstein delved into what surgical procedures really work for women who are struggling with post-partum changes, he cautioned that the quick fix allure of med spa procedures is often on the table – so to speak – for what his patients seek to remedy during their consultations.

"I'm constantly undoing or fixing CoolSculpting complications from med spas. Their patients are getting the promise of surgical results without surgery and what they're really being left with is lumpy bumpy scarred tissue," the surgeon cautioned.

"So we were doing a lot of CoolSculpting revisions from complications." 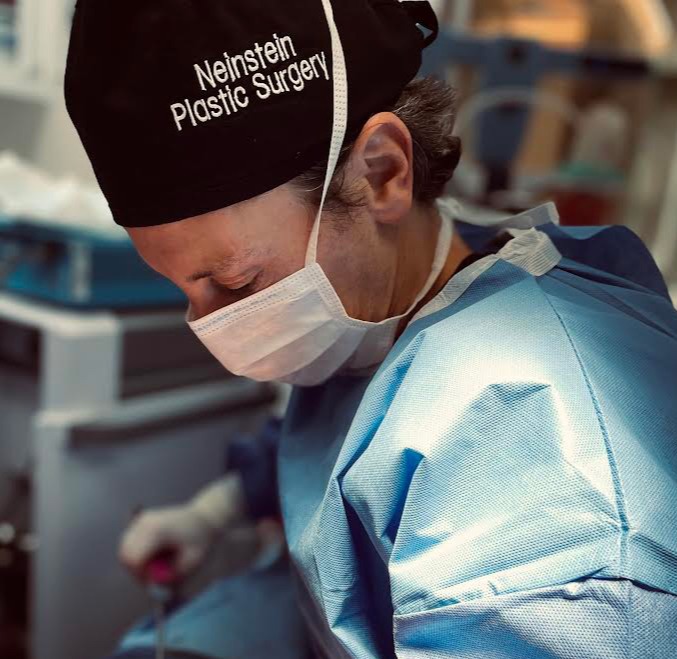 The surgeon said that a lot of people are now also coming in to have him reverse their Brazilian Butt Lifts, or BBLs.

"Recently, we've been seeing more patients come into our practice to reverse these BBLs or fat transfers to the bum that are over overdone and are giving people this overly curvaceous and disproportionate awkward look."

"I see at least a few patients a week asking for these procedures to be fixed or reversed- which is unbelievable."

STICKING TO THE CLASSICS

"The aesthetic that we aspire to is always long, lean, elegant, and natural. We pivot with trends a little but we stick with what's tried and true is tried and true – that doesn't change.

"We stick to the classics. You know the type of people that are drawn to us are looking for long, lean, natural, elegant look. They want the surgical master and they want an experience where they feel cared for loved and respected.

"We make sure our patients know that they're not just another person, and that's a model that really works. It's not gimmicky. It just is what people want." 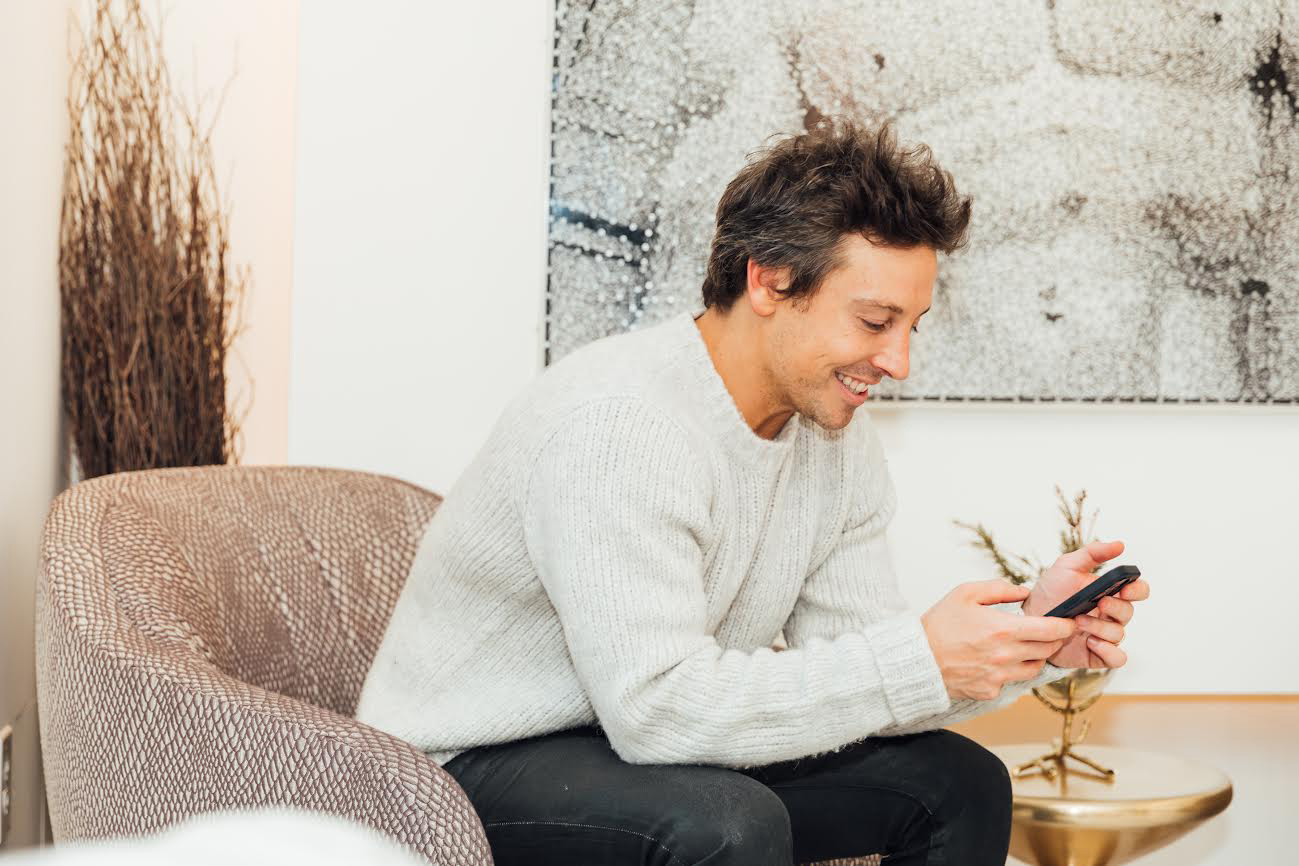