PART of being a parent means having to constantly buy new bits of school uniform – whether that's because they're forever outgrowing it or accidentally spilling their dinners down the front.

Well if you're looking to stock up in time for September, then you might want to head down to your local Lidl – as the budget-friendly supermarket has launched an epic sale. 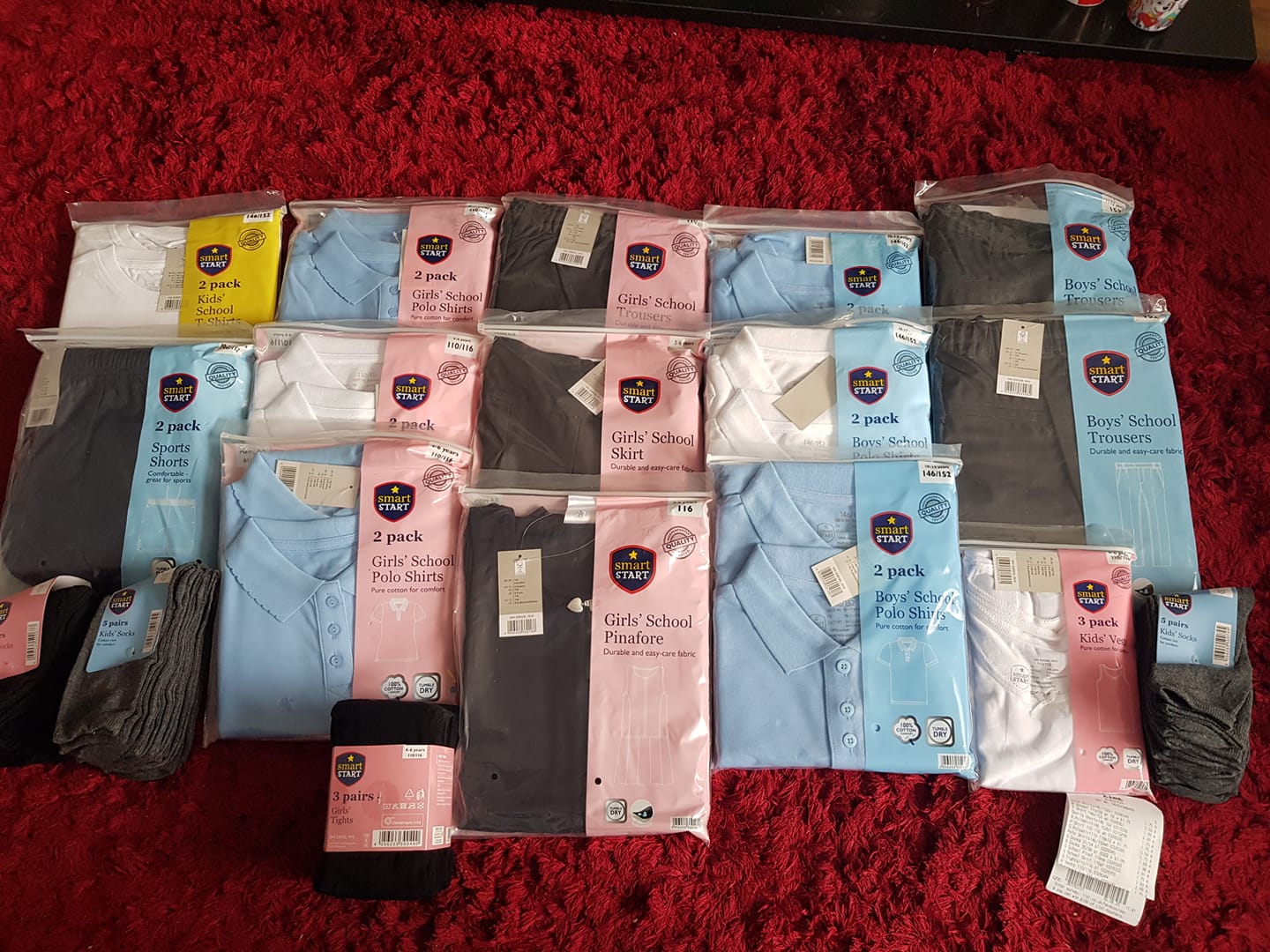 From today, savvy shoppers can buy a whole new school uniform set for just £4 – which includes two jumpers, two shirts and a choice between a pair of trousers or two skirts.

Posting on the Facebook group Extreme Couponing and Bargains UK, mums have been showing off their mega bargain buys.

Sharing a photo of her impressive haul, one mum revealed how she bought a whole new school uniform wardrobe for her kids for just £38. 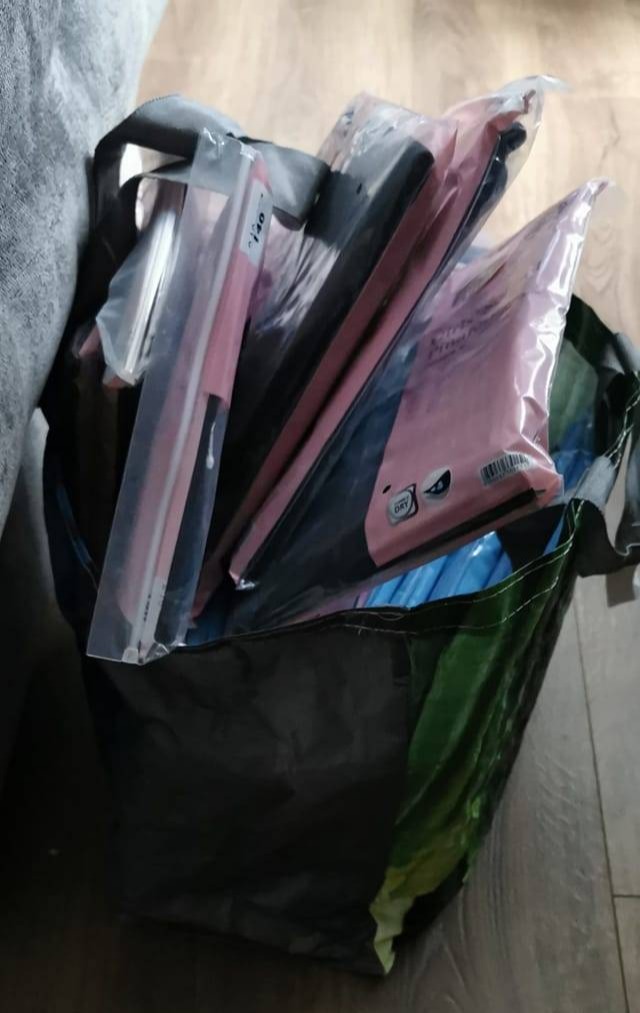 What's more, another shopper revealed how school sweatshirts have been reduced to as little as 50p while a two-pack of shirts will only set you back £1.75 when you shop on the app.

Better still, a third shopper revealed how shopping directly on the app can get you an extra £5 off.

The thrilled shopper wrote: "Download the Lidl Plus app and sign up to get £5 off a £25 spend.

"I just used it on my 2 kids school uniform!"

Unsurprisingly, the mega bargains have sent shoppers into a frenzy – and members have been sharing their own cheap hauls. 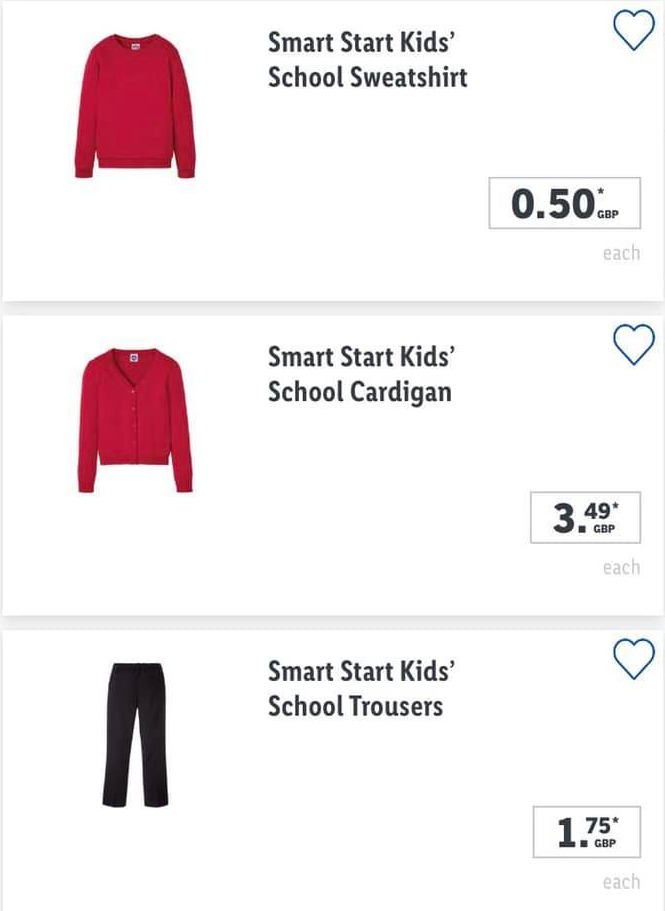 "Went at 8am and got everything," another added. "School jumpers scanned at 50p!"

If anyone needs anything, you'll know where to find us…

For more amazing bargains, this mum bagged £162 of tracksuits and trainers for £35 in the Foot Locker mega sale and others are sharing their hauls too.

And Shoeaholics has launched a HUGE summer sale – and you can get an extra 40% off with this code.

Plus mums are sharing their monster Monsoon hauls after picking up swimming costumes just £1 in its mega summer sale.