Monika Kozlowska, 31, a business coach, lives in Tunbridge Wells with her partner Andy, 44, a content designer.

“Sobbing, I lay down on my kitchen floor. 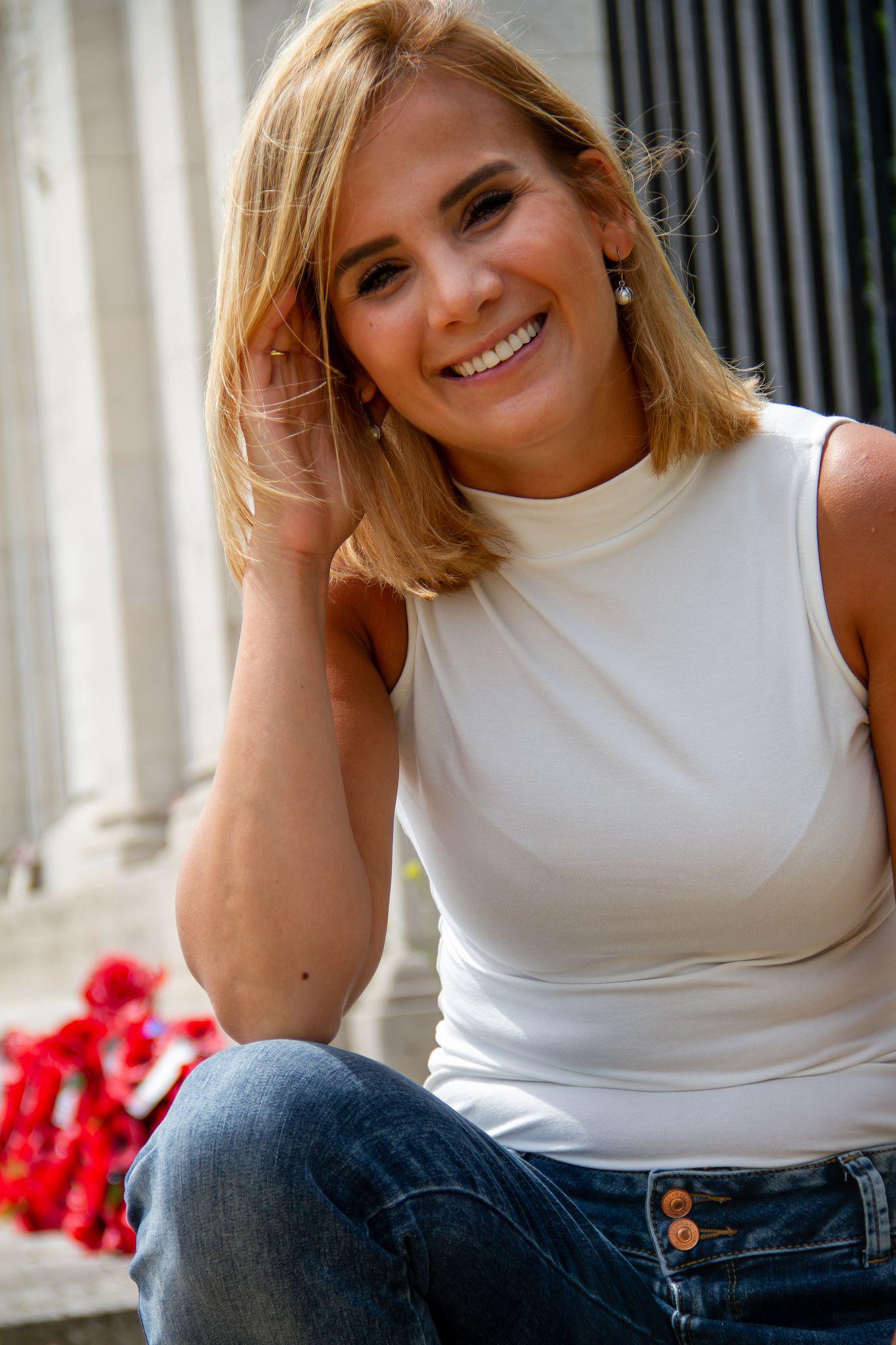 My doctor had just phoned to tell me I had thyroid cancer and I’d never felt so alone.

But with my family back home in Poland, and no partner, I had nobody to give me a hug.

I moved to London in 2010. I’d always dreamed of living there, and I got a bar job first before beginning a role in marketing.

Life was hectic and I would work late into the night, before seeing my then-boyfriend as much as possible.

'I never met anyone I liked'

When we broke up in 2016, I threw myself into work even more.

I would schedule in dates when I had time, but I never met anyone I really liked.

As a teenager I’d been diagnosed with Hashimoto’s disease, a condition in which the immune system attacks the thyroid, and was told I’d have to take thyroid medication for the rest of my life.

But a routine check-up in September 2019 showed that something wasn’t right.

An ultrasound found a nodule that could be cancerous, and my doctor said I’d need a biopsy. 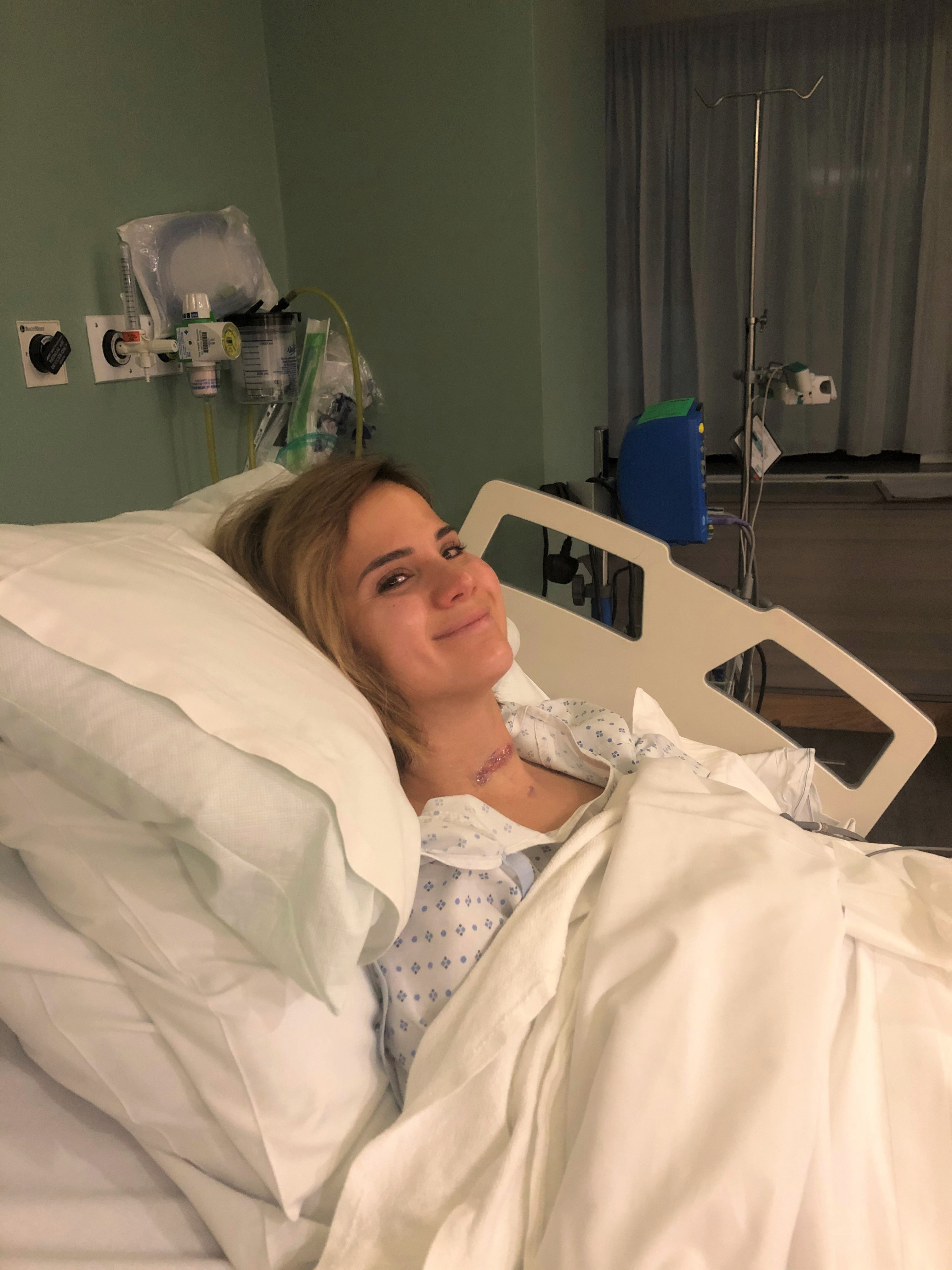 Despite having a flatmate and some great friends, I felt very much on my own as I waited for the results.

The following week I got the awful call to tell me I had cancer and would need to have a thyroidectomy – an operation to remove my thyroid.

When I was told my fertility could be affected by the radioactive iodine treatment that I might need post-op, I collapsed on my kitchen floor in tears.

I also worried that something would go wrong with the surgery, like bleeding or an infection and I would die.

'I wished I had a partner'

Four days later, I moved into a flat on my own, as I’d signed a lease months before.

But now, totally alone as I came to terms with the cancer, more than ever I wished I had a partner to support me.

My surgery was scheduled for February 7, but because of the escalating situation with Covid, my mum wasn’t able to fly over to be with me as we’d planned, thankfully, a friend offered to take me to the hospital.

The week following my operation was very hard.

I was in pain but had to recuperate alone at home, so friends would bring my meals over for me, which was so kind.

Thyroid cancer is the 20th most common cancer in the UK.

Around 3,700 people are diagnosed with thyroid cancer in the UK each year.

But it was mental support I needed most as I was feeling very down.

Following my doctor’s advice, I began looking into egg freezing for later on that year, which would cost around £4,000.

The idea that I might never be able to have children was particularly upsetting.

I knew that life had to change and that I had to actively try to meet someone, if and when I got better. 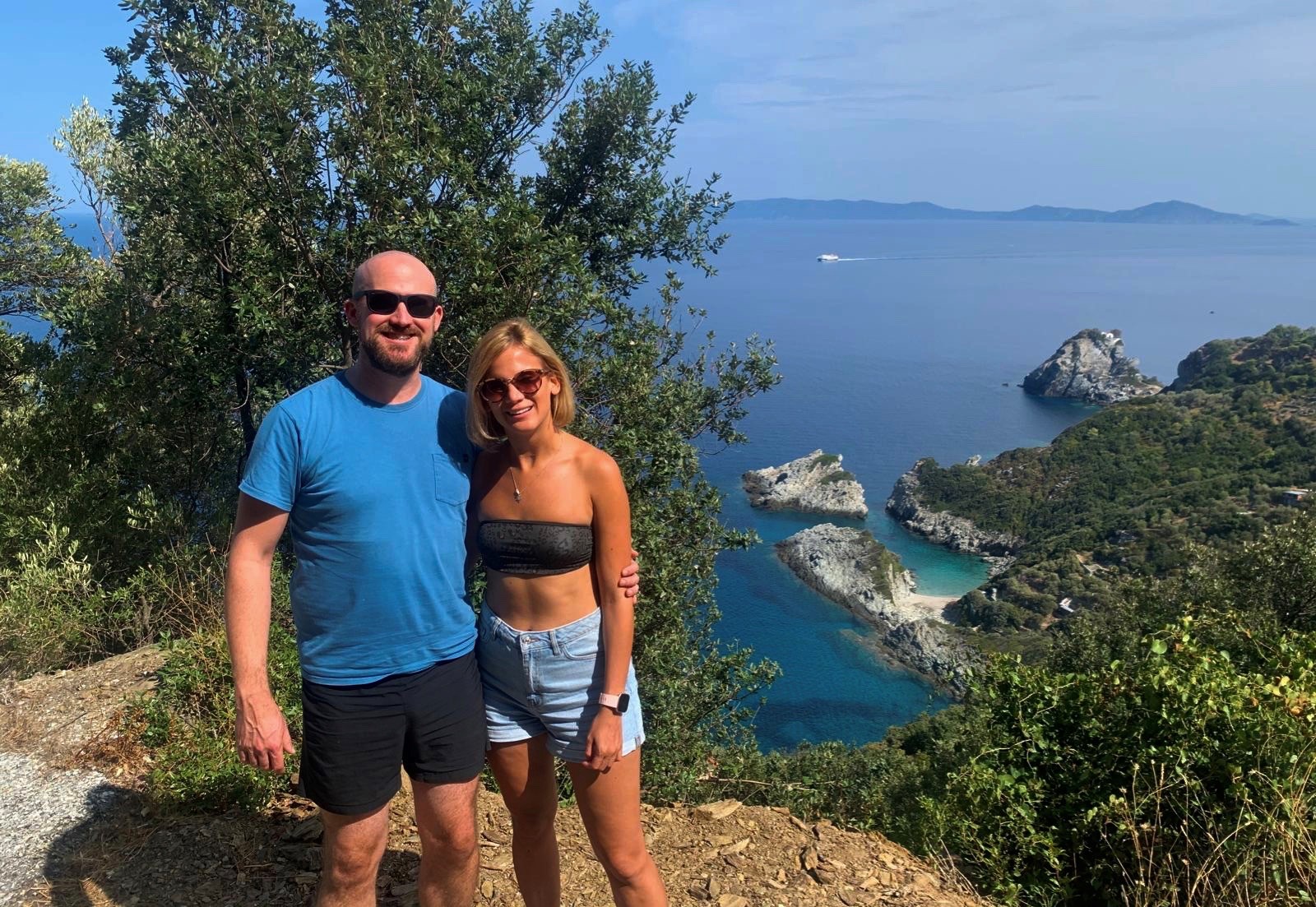 I decided to download Hinge and started swiping and chatting to several men.

I matched with a guy called Andy and we began messaging.

A month after my operation, we went on a date and straight away, we clicked.

We could talk for hours, he really made me laugh and I liked that he was close to his family. 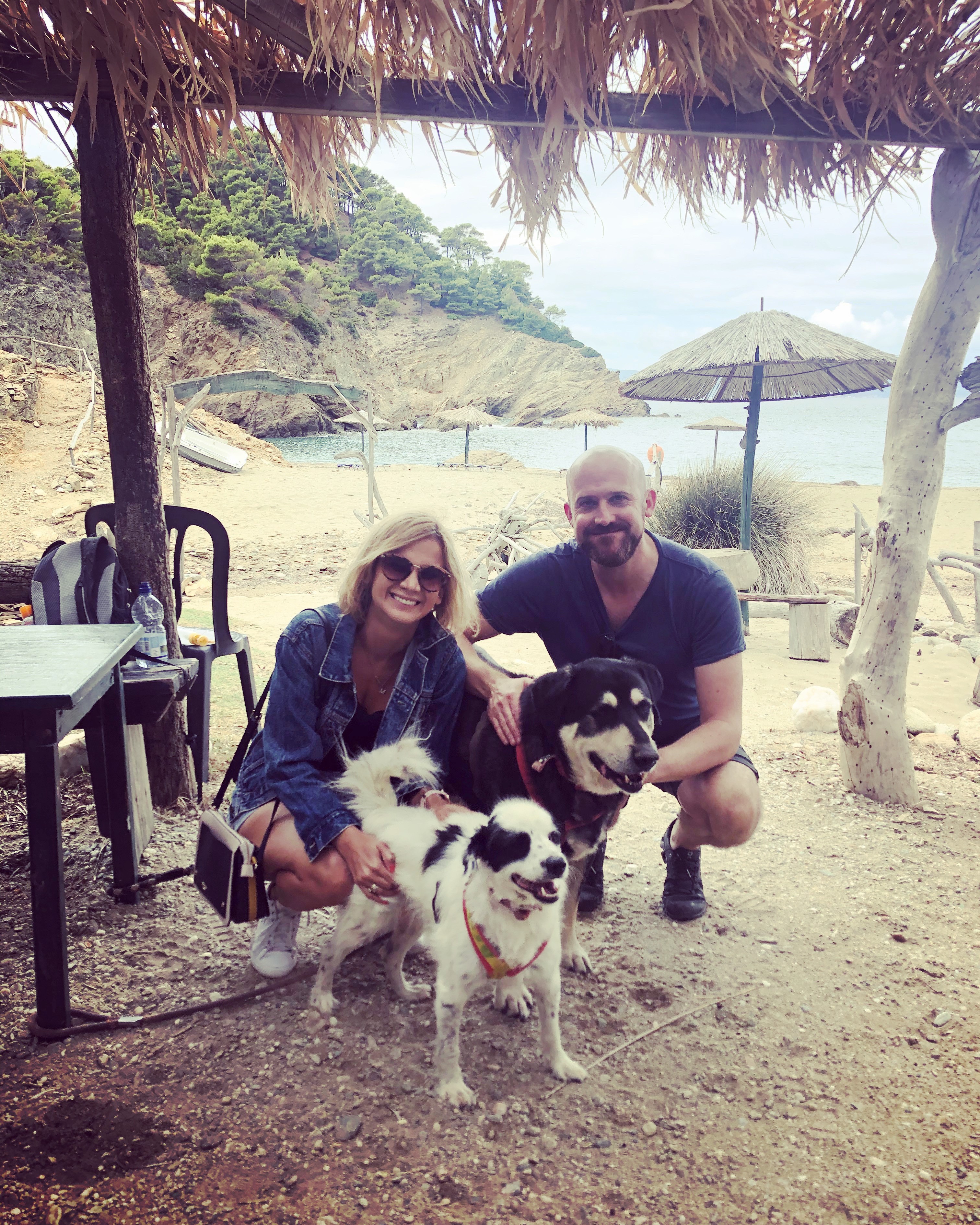 We went on one more date before the UK went into lockdown on March 23.

Andy and I messaged each day, and arranged a video date each weekend, chatting for hours on end.

It allowed us to really get to know each other slowly, and when lockdown began to ease in July, we were able to spend time together face to face.

Our relationship went from strength to strength, and we became official. 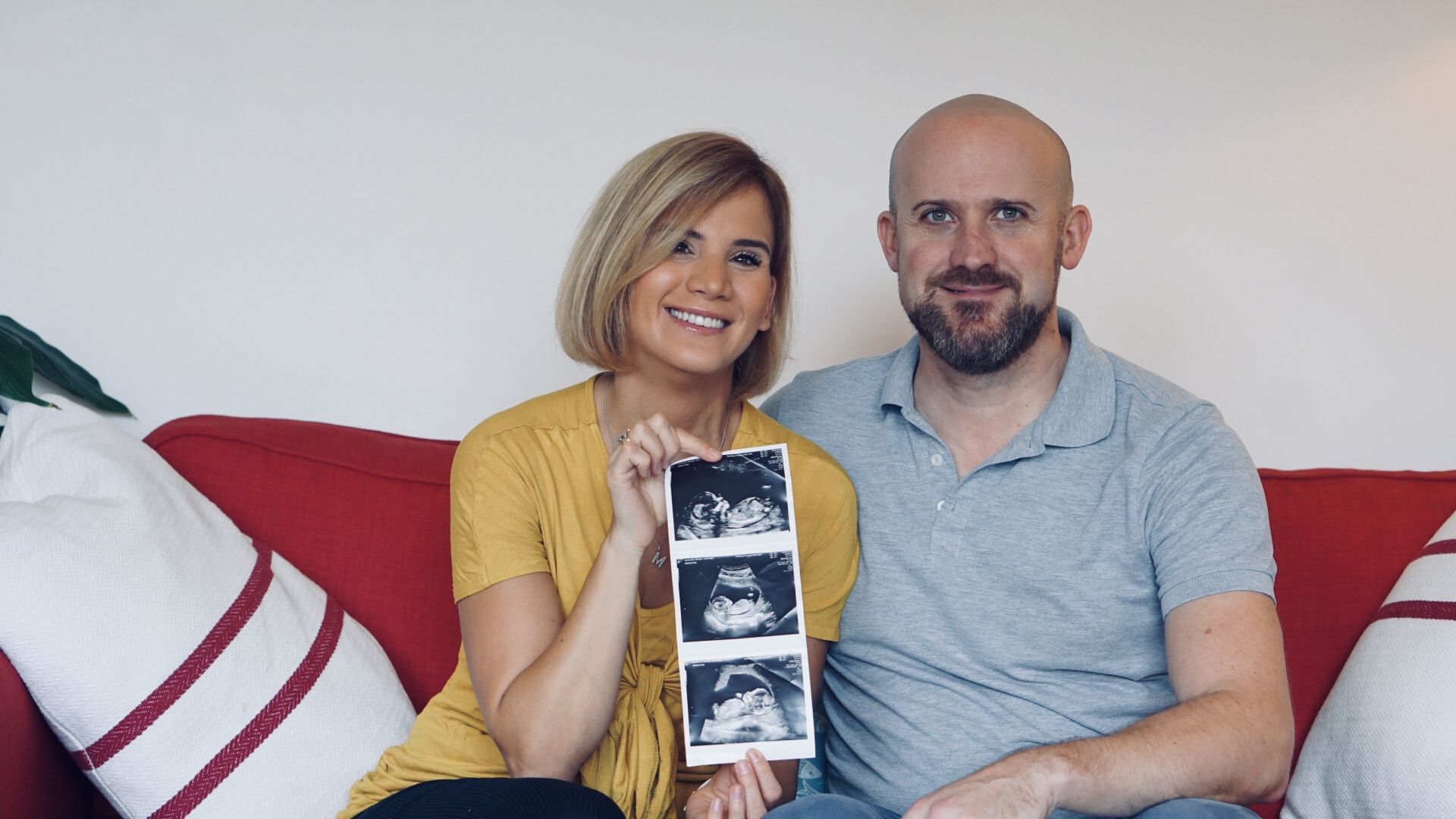 In September, we were shocked – but thrilled – when I found out that I was pregnant, as my cycle had been all over the place due to my thyroid surgery.

We bought a home together earlier this month in Tunbridge Wells, ahead of the baby’s birth.

Once the baby is born in May, I might still need to have radioactive iodine treatment, but doctors have told me I’m currently cancer-free.

If the cancer does return, it will be very different, as this time I will have Andy by my side.

I truly believe that my diagnosis led me to meeting him.

Cancer made me realise I could have the life I always wanted – I just had to go after it.” 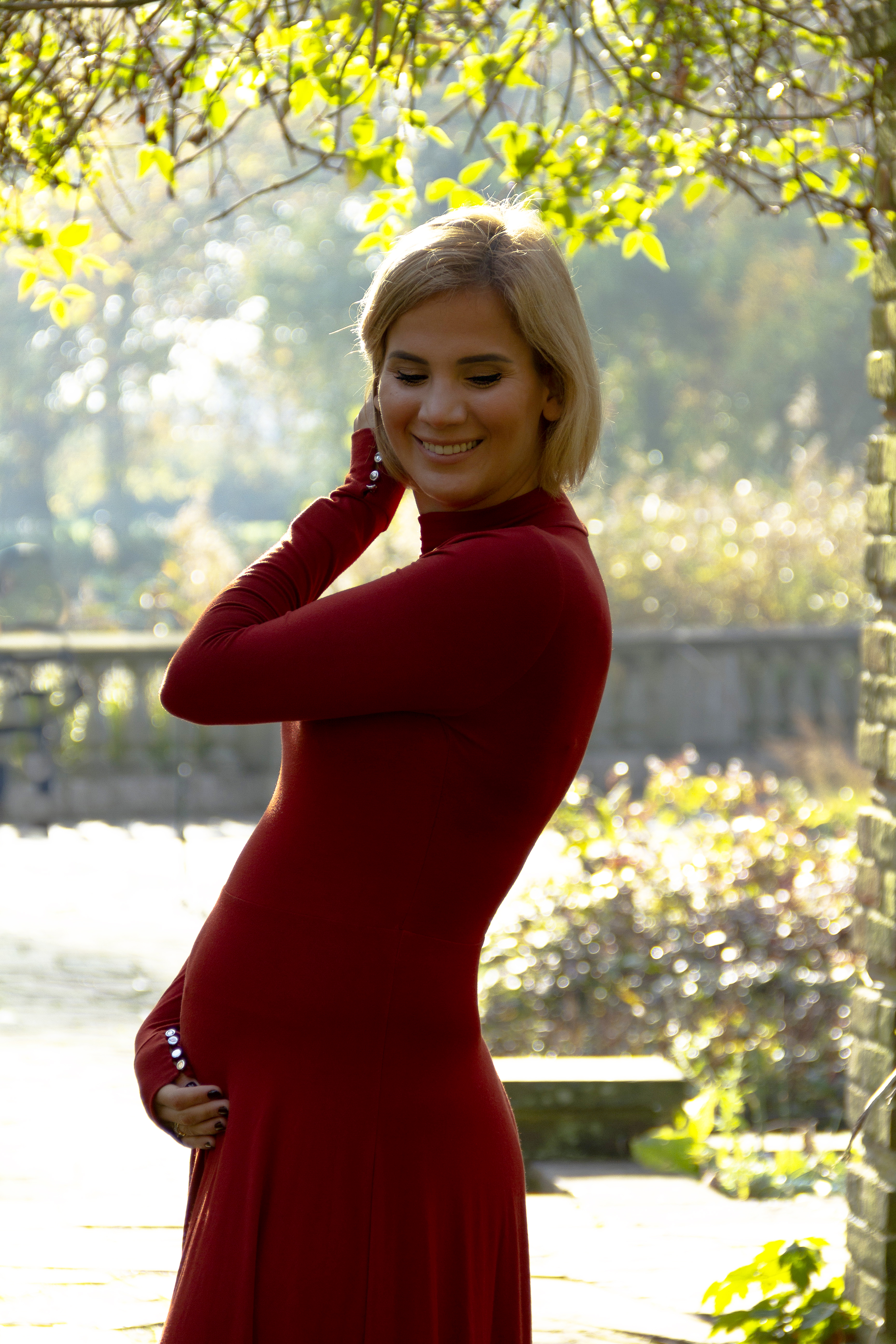 cancer, diagnosis, Led, Me, My, to
World News