Home » Fashion » My ex got my name tattooed on his chest to propose to me after 2 WEEKS – when I said no, he said it was for his niece

My ex got my name tattooed on his chest to propose to me after 2 WEEKS – when I said no, he said it was for his niece

A WOMAN has shared how her ex-boyfriend tried to propose to her after just two weeks of dating by getting her name tattooed across his chest.

His proposal didn't go as well as he'd planned and she said no, with the bloke then coming up with a ridiculous excuse to try and suggest the inking wasn't for her after all. 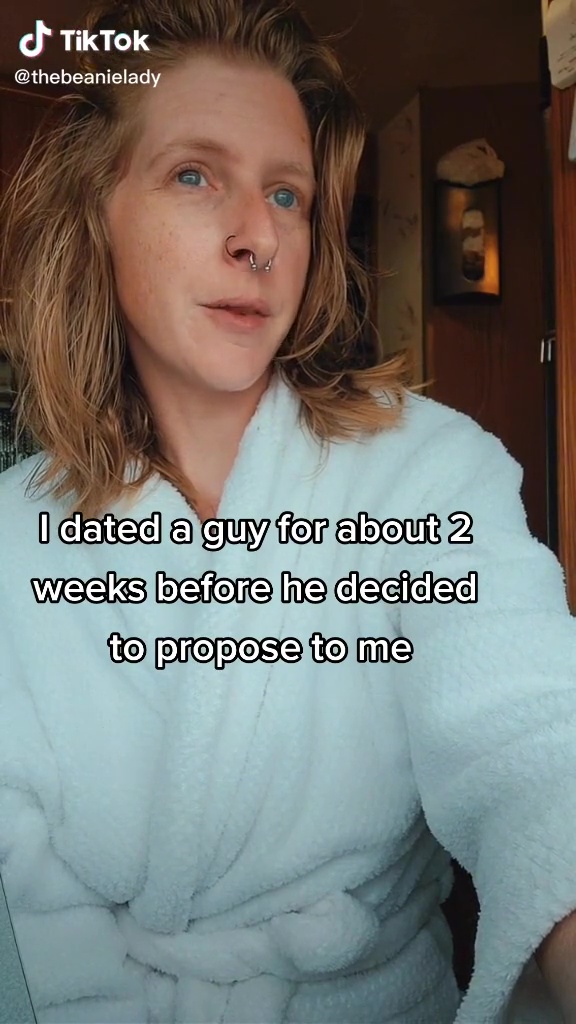 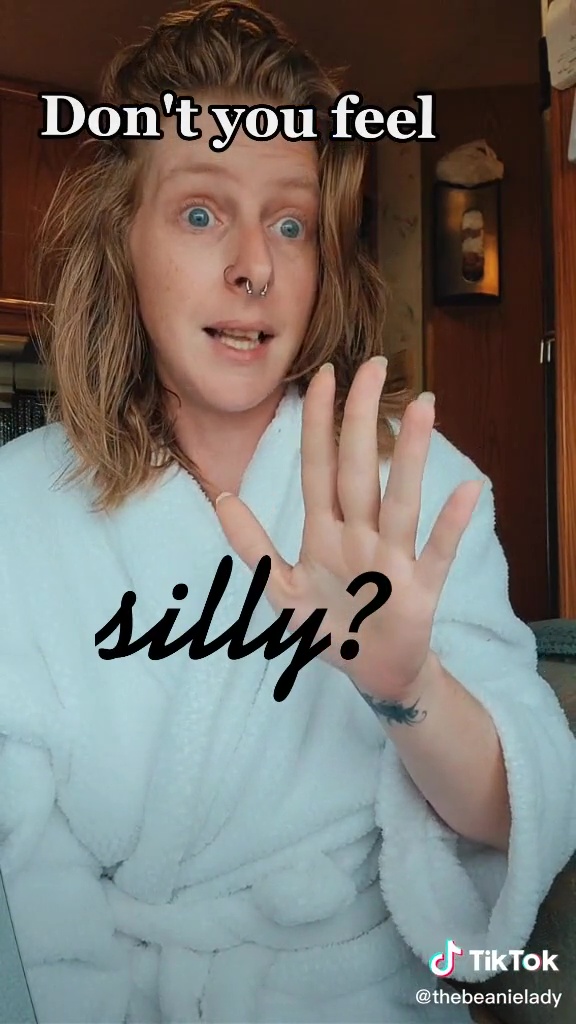 TikTok user @thebeanielady joked that her former flame probably feels "silly" now for splashing out on the tat.

She found herself going viral after she shared the story in a video she shared to social media that has since been watched over 1.8million times.

The woman reveals: "I dated a guy for about two weeks before he decided to propose me by getting my name tattooed onto his chest."

She explained that when she refused his proposal, the guy decided to keep the tattoo instead of having it removed – telling people he'd got it for his niece and not his girlfriend who he had hoped to marry.

"And when I said no, rather than getting it removed, he tried to save face by telling people it was for his niece," she recalls.

"Now his niece DOES have the same name as me, but only because she was named after me, don't you feel… silly?"

Sadly she didn't share a snap of said tattoo, but her post racked up hundreds of comments with people desperate to know more about the failed relationship.

The woman explained she was a "friend" of her ex's family, which would explain why his niece was named after her.

The bloke was the brother of her older sister's best friend and they had known each other for around eight years, but he waited until she was 18 to date her.

People who came across her video were baffled by the story, with one person joking: "Bestie this was… a lot."

Another commented: "I can't," while a third teased: "That was a wild ride from start to finish."

One more said: "At least he didn't try to only date girls with the same name as you, that'd be even more embarrassing tbh."

Others could relate to the woman's story as they too had an ex that decided to have their name tattooed onto them.

"Omfg I had an ex do this but he tattooed my name on his NECK," revealed one person.

Another shared: "My ex tattooed my name on his bicep when he was 18 and I was 16 and the tattoo showed thru his shirt in his wedding pictures."

One person joked that the awkward proposal gone wrong will make a great story for the niece with the same name, as they posted: "That's a fun story for her to tell one day."

The woman replied: "She will probably find it funnier than he did."

Plus, one woman savages ‘misogynistic’ bloke after he ‘disrespects’ her for entire date – and proves her right with his response.

And another woman shares 'I’ve covered 65% of my body in tattoos – people judge me & assume I’ve been in JAIL but I love them'.