Home » Fashion » Sex and the City reboot: Inside the toxic decade-long feud between stars Sarah Jessica Parker and Kim Cattrall

Sex and the City reboot: Inside the toxic decade-long feud between stars Sarah Jessica Parker and Kim Cattrall 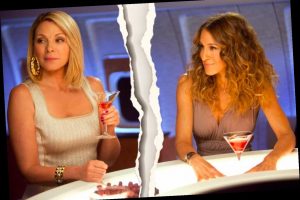 SEX and the City's dramatic fallouts and relationship problems are set to return to screens – but the new series can't be as explosive as the real-life feud between stars Kim Cattrall and Sarah Jessica Parker.

The spin-off show, titled And Just Like That, won't feature Cattrall, who played sex-mad Samantha in the original programme – after an extremely public and bitter fallout worthy of the show itself with SJP. 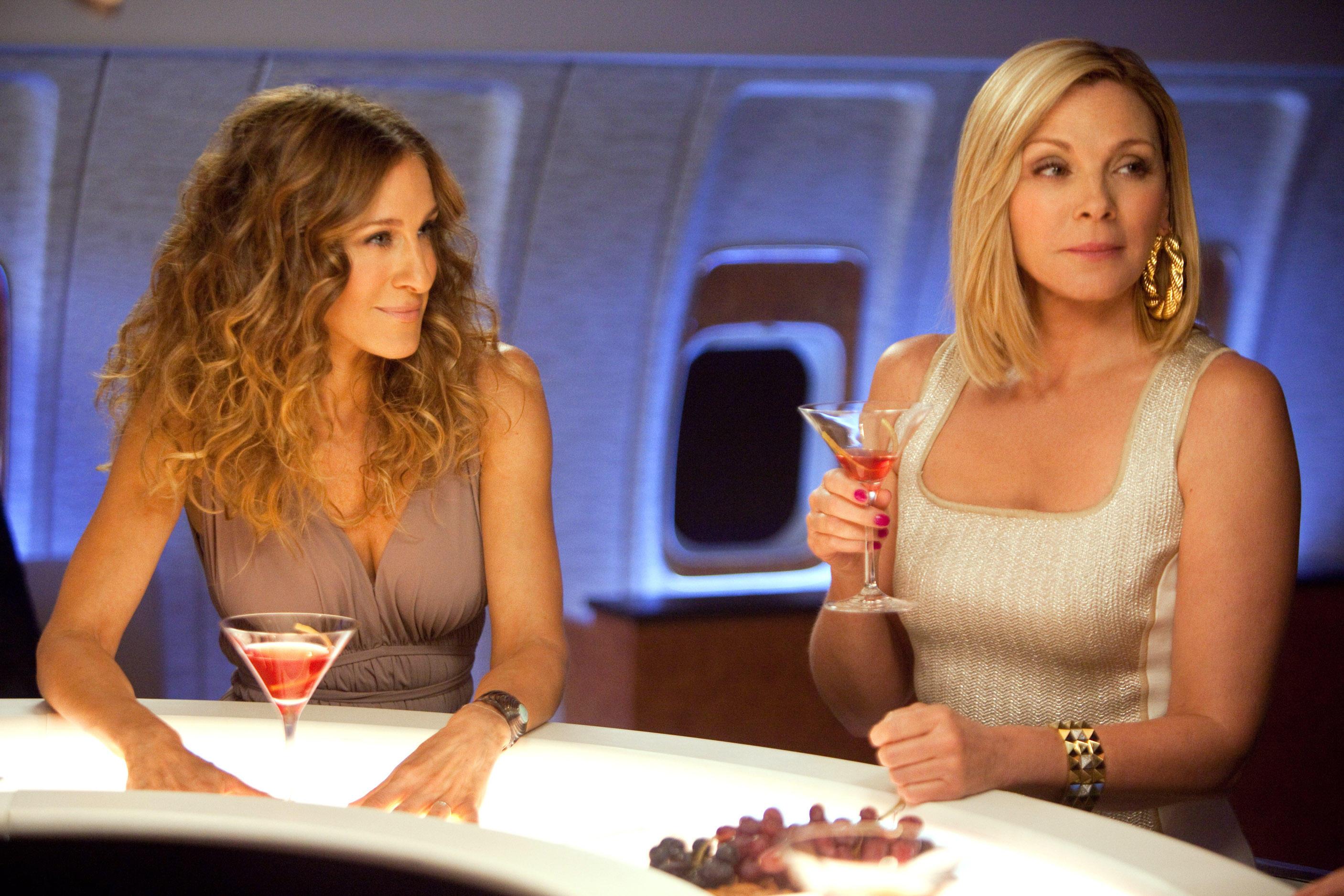 After the second film, which also starred Cynthia Nixon as Miranda Hobbes and Kristin Davis as Charlotte York, Cattrall vowed to never reprise her role as Samantha.

"I went past the finish line playing Samantha Jones because I loved Sex and the City," Cattrall told The Observer in 2019. "It was a blessing in so many ways but after the second movie I’d had enough.

"I couldn’t understand why they wouldn’t just replace me with another actress instead of wasting time bullying.

The main flashpoint has been money, but the lowest point came when Cattrall claimed at a script meeting that another of the show’s stars, Cynthia Nixon, had suffered a miscarriage.

A show source said: “From that moment, the girls froze her out. They wouldn’t even sit with her at mealtimes.” 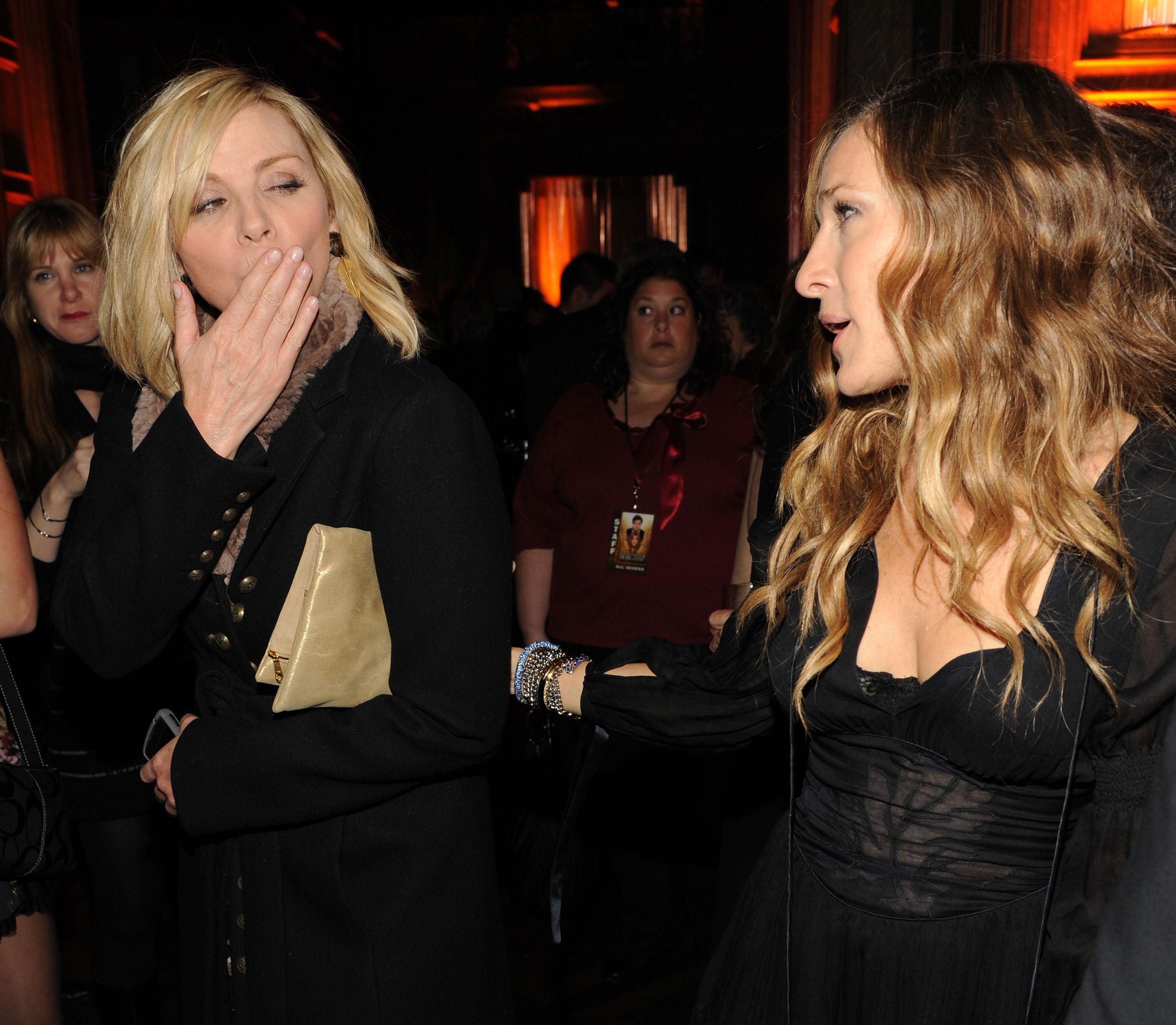 Or, arguably, the biggest public blow up came in 2018 on public social media.

“I don’t need your love or support at this tragic time,” Cattrall wrote on Instagram after Parker posted “love and condolences” over the death of her brother.

“So I’m writing to tell you one last time to stop exploiting our tragedy in order to restore your ‘nice girl’ persona.”

So how did it get to this?

Stars in their eyes

SATC was an instant hit when it debuted in the States in 1998 – making Carrie, Samantha, Miranda and Charlotte huge stars around the world.

Cattrall, who played man-eater Samantha, was arguably the biggest name at the time. 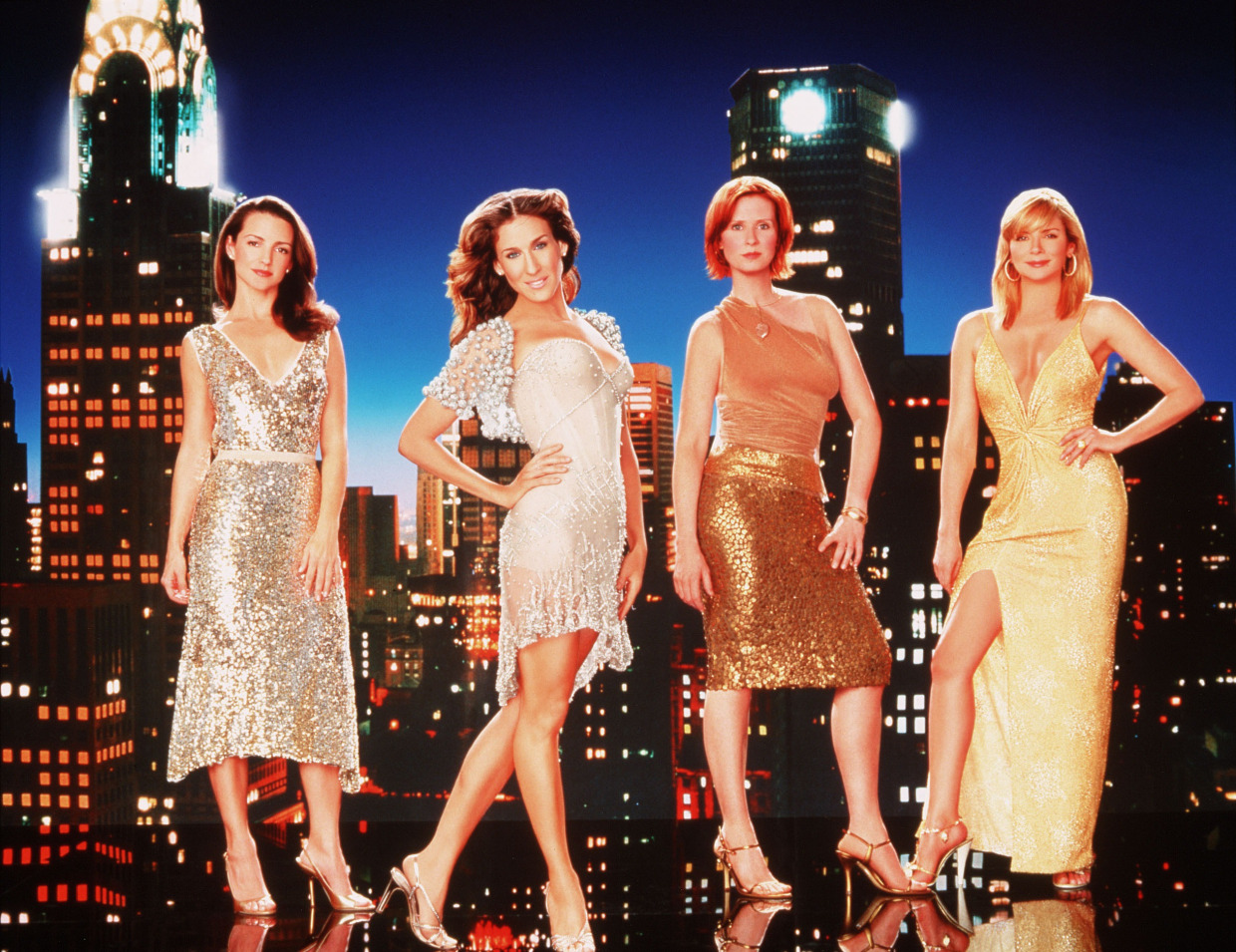 But Carrie, played by Parker, was supposed to be the series' star – and tensions are said to have started brewing.

Clifford Streit, the real-life inspiration for the show’s character Stanford Blatch, claimed in a 2008 book proposal that trouble started because Cattrall was “a natural comedienne, and a scene-stealer in the best possible sense — the camera went right to her.”

Parker and Cynthia Nixon (Miranda) had known each other from their Broadway days, and quickly formed a close friendship, with Kristin Davis (Charlotte) later being brought into the clique, according to Page Six.

And the relationship continued to deteriorate behind the scenes. 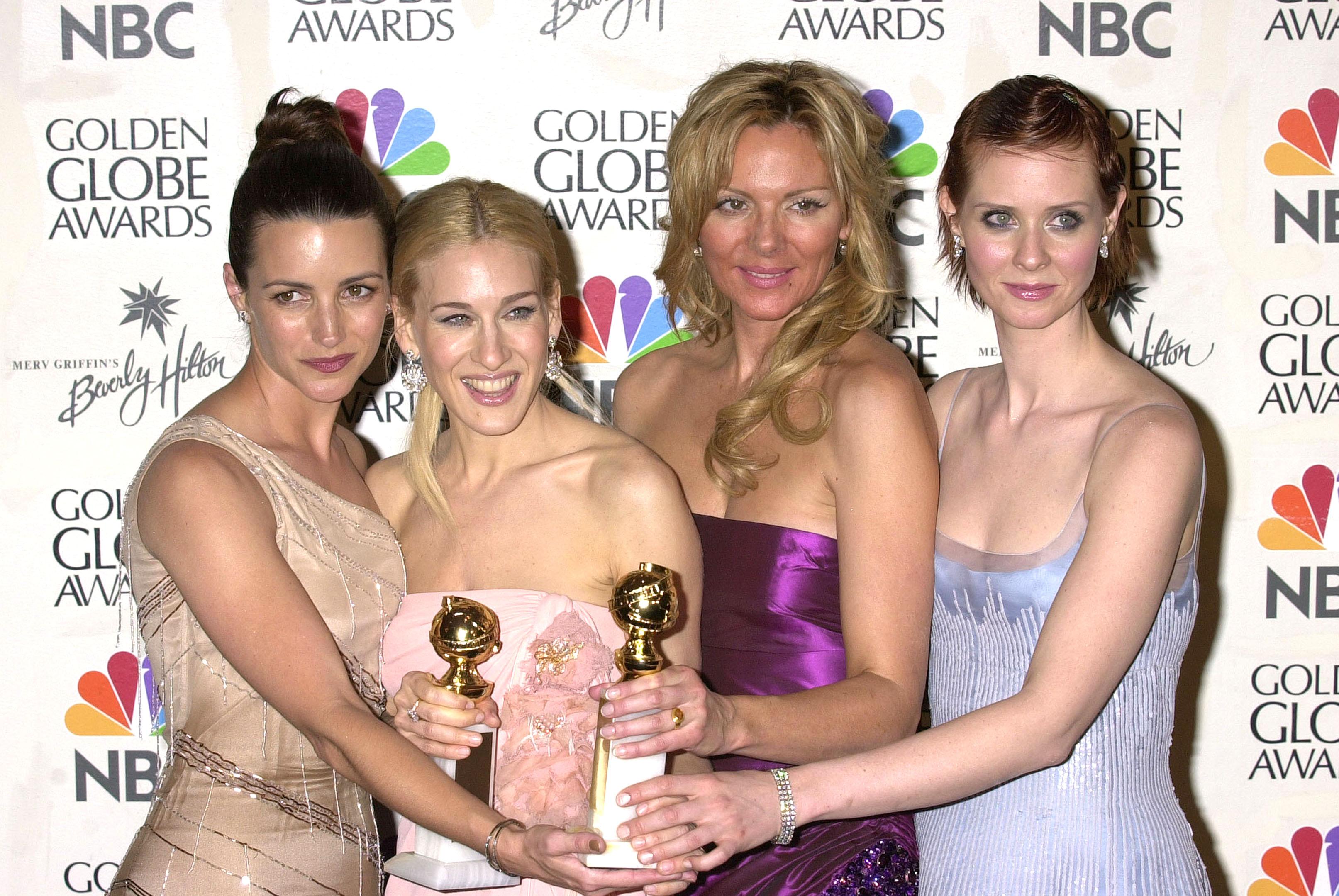 When the group filmed in Atlantic City, New Jersey, during the fifth series in 2002, Page Six reported that “Sarah Jessica rented a house for herself, Kristin Davis and Cynthia Nixon.

“Kim was left out on her own.”

But an HBO spokesman was quick to claim that Cattrall stayed in a different house at the time so that her then-husband, Mark Levinson, could stay with her.

By the time the TV show ended, Page Six say their reporters were receiving tips about on-set tensions on a near-weekly basis.

One source told the paper that no one would talk to Cattrall, "not even in the make-up room". 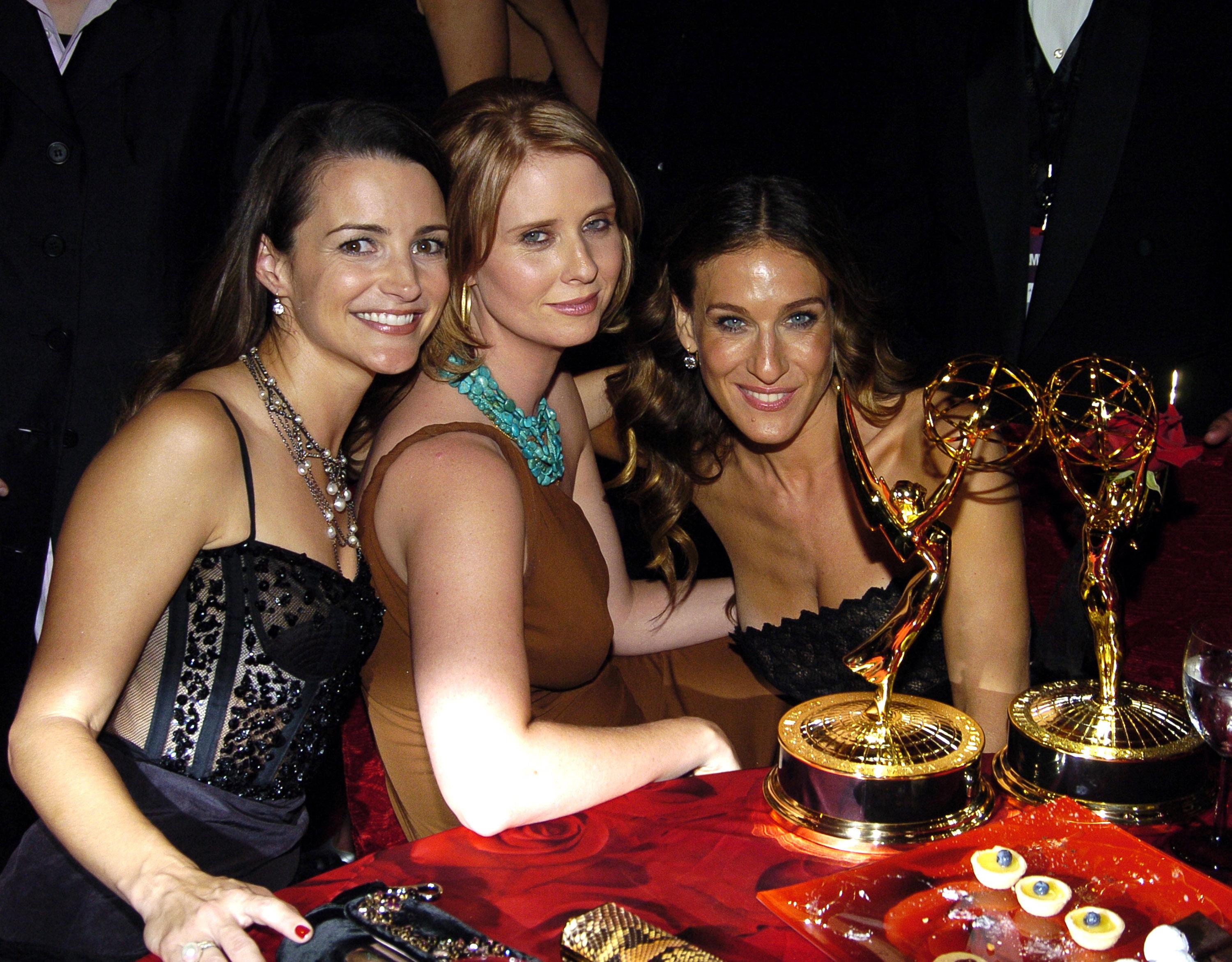 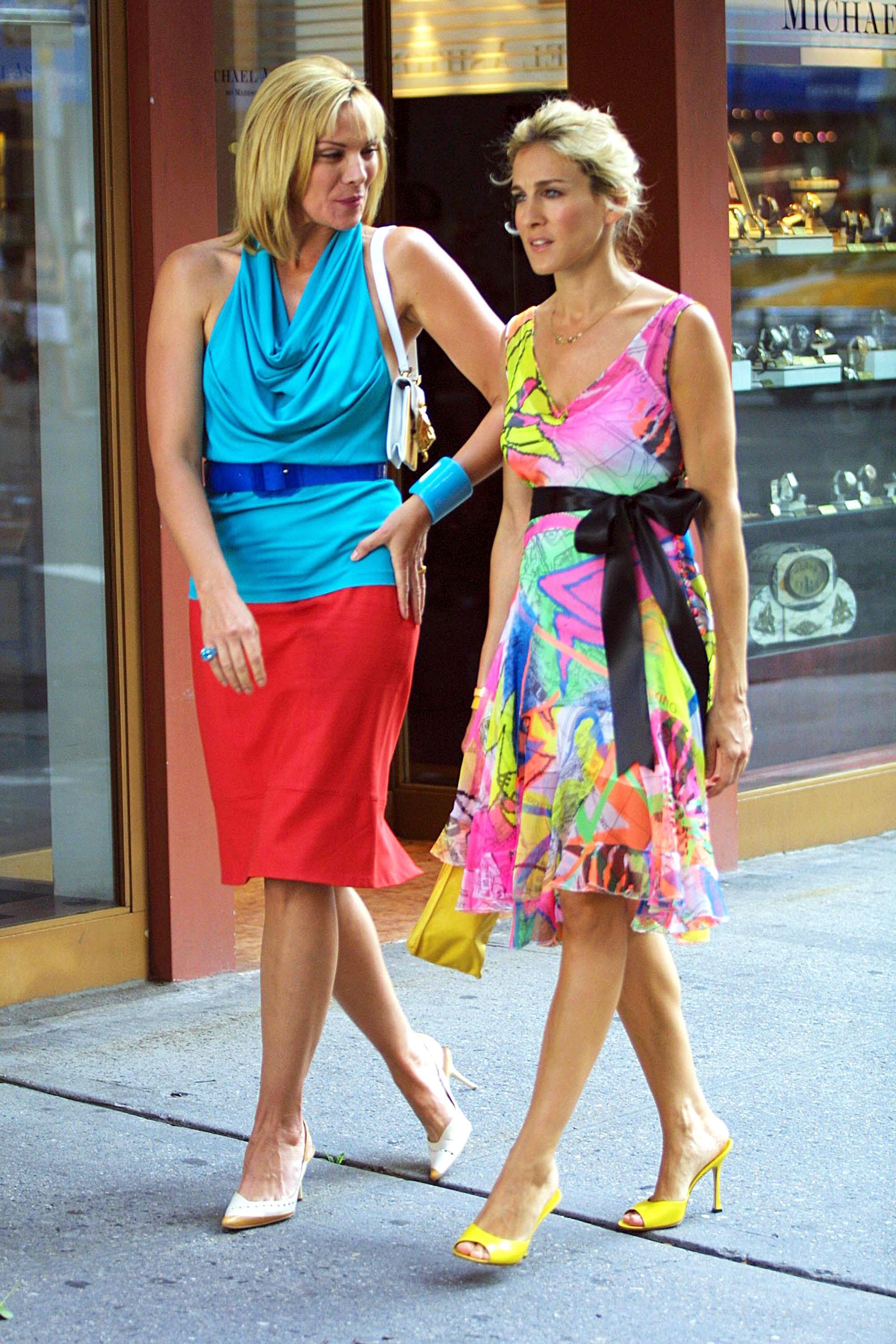 The world got another inkling that Cattrall was unhappy when she told Jonathan Ross she had demanded more money for her part.

"I felt after six years it was time for all of us to participate in the financial windfall of Sex and the City," she said on Ross' self-titled chat show in 2004. 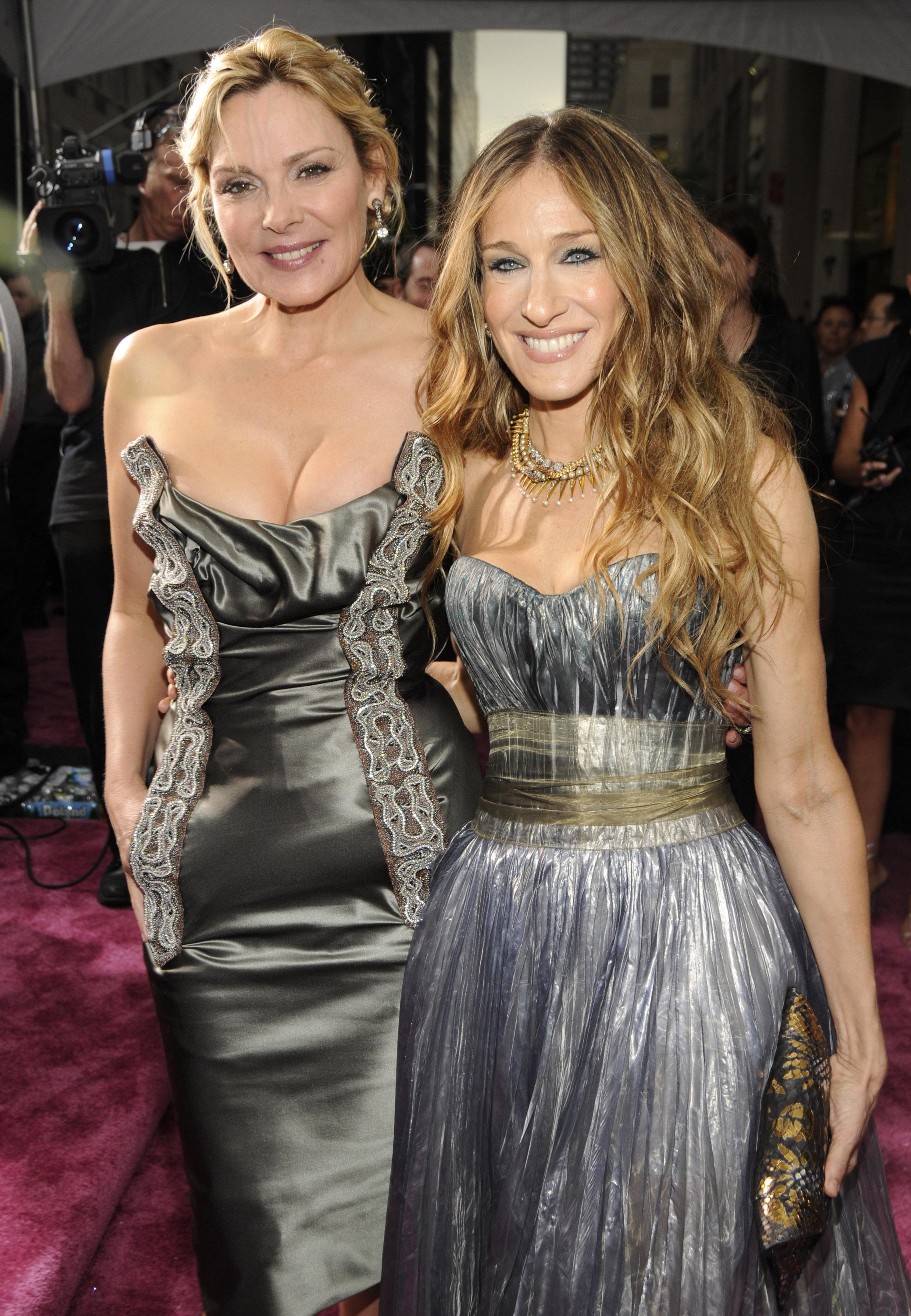 "When they didn't seem keen on that I thought it was time to move on."

When Cattrall signed up for the first movie, in 2007, a friend supposedly told the Daily News: “Kim does not want to… do the film. 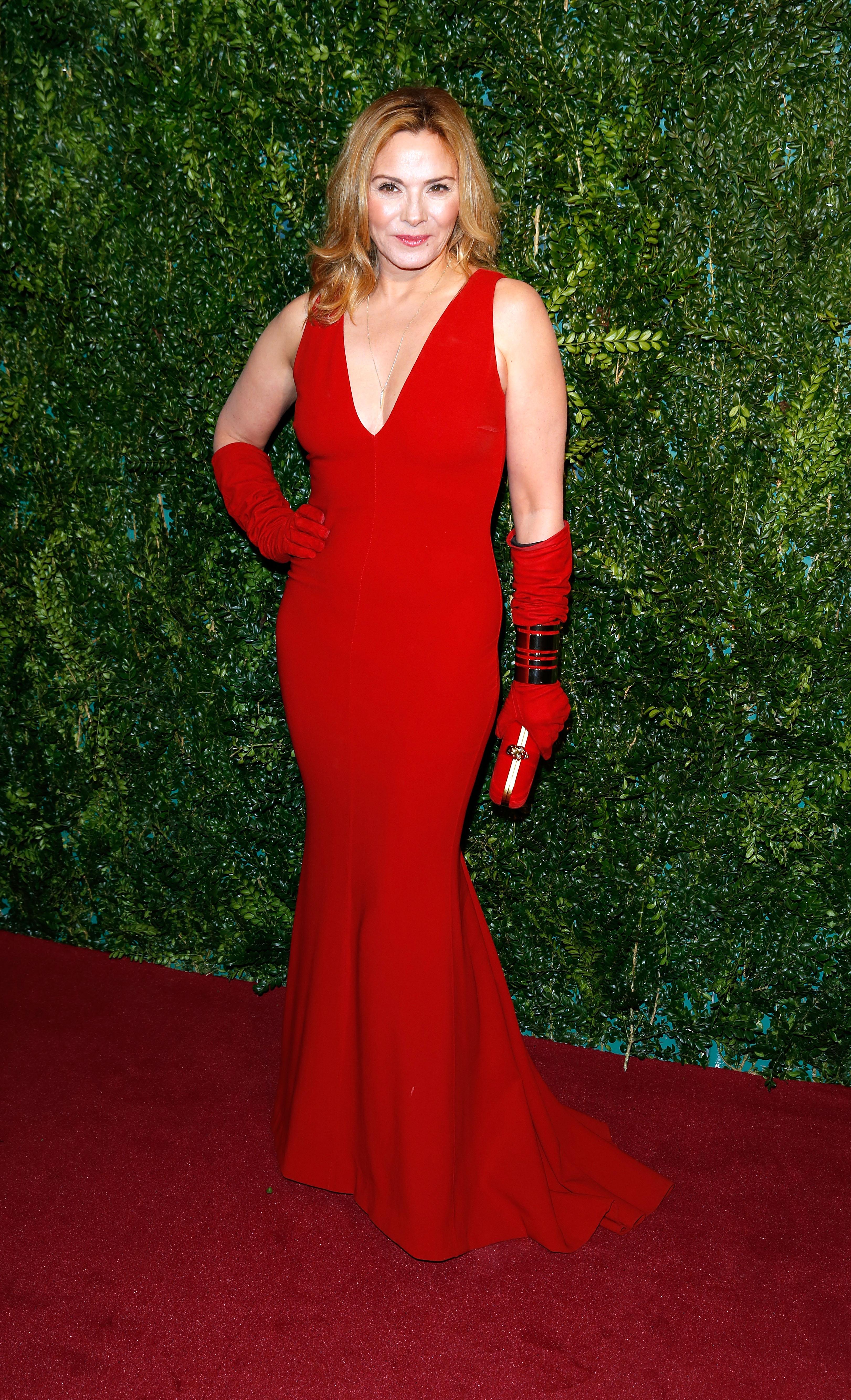 “She feels she has been treated horribly by Sarah Jessica Parker for six years.”

The movie was eventually released in May 2008 – after filming was delayed over Cattrall's calls for more money.

Parker defended Cattrall at the time, telling The Telegraph: "She mentioned money and no one should vilify her for it."

In December 2009, Parker appeared on the cover of Elle magazine and was asked about the feud.

She said: "I don't think anybody wants to believe that I love Kim. I adore her. I wouldn't have done the movie without her. Didn't and wouldn't." 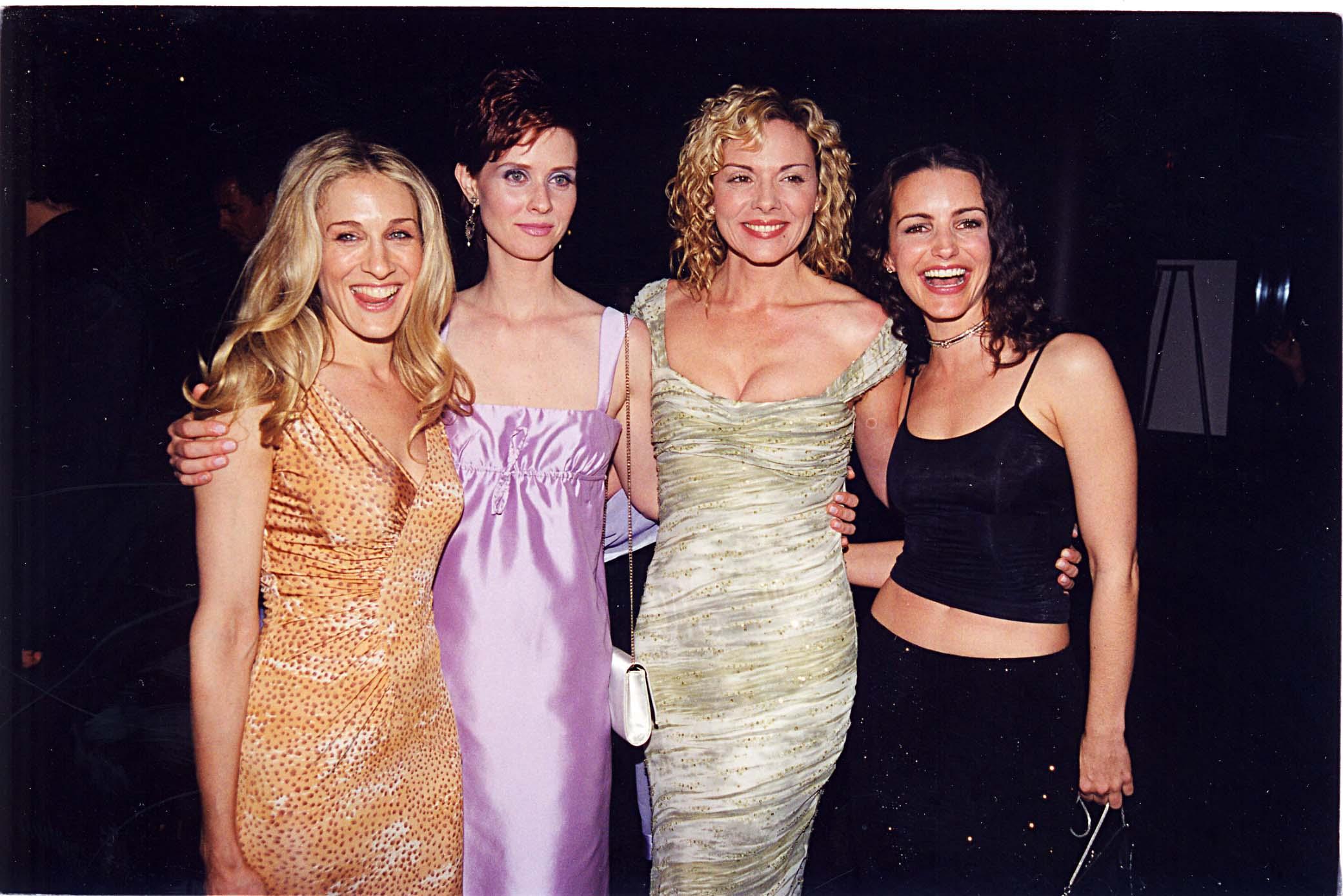 Cattrall echoed these words in an interview with Daily Mail a month later, saying:  "People don't want to believe that we get on.

"They have too much invested in the idea of two strong, successful women fighting with each other. It makes for juicy gossip and cop."

She added: "I think Sarah is fantastic."

The movie was a hit and a second film seemed inevitable – but not before Cattrall had demanded, and received, another pay rise.

They began filming but, according to a 2009 article in New York magazine: “Sarah Jessica Parker and Kim Cattrall are no longer speaking, which is making everyone on the set of the new Sex and the City movie uncomfortable.”

Speaking to Marie Claire, ahead of the film's May 2010 premiere, Parker admitted sometimes "feelings get hurt" on set – but added: "I don't have any regrets about how I've treated people."

In August 2016, Parker even posted a touching Instagram post on Cattrall's 60th birthday – which thoroughly confused everyone who thought the pair hated each other. 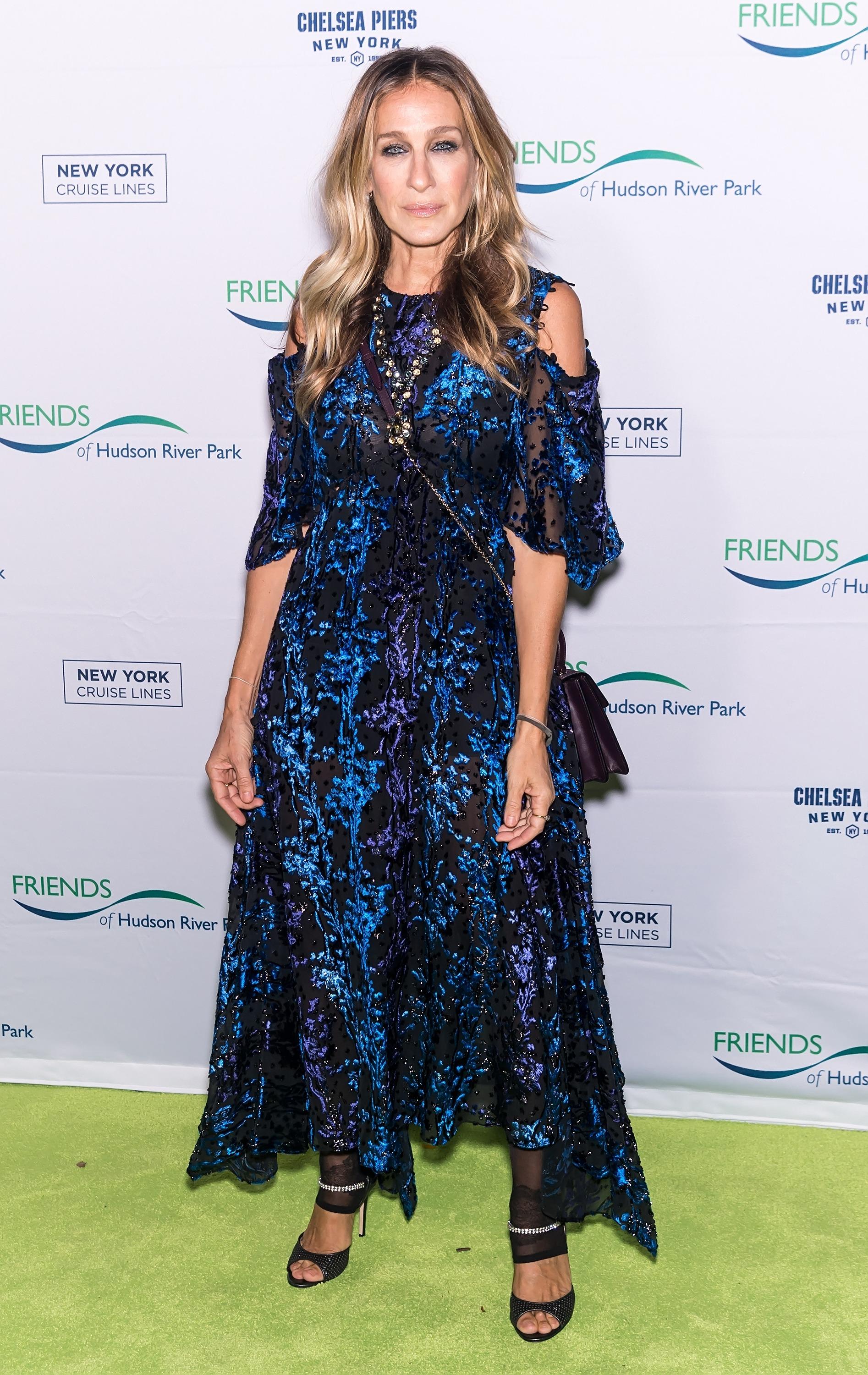 In October, she was questioned about the post on Howard Stern's radio show, and said of her co-stars: "These were my sisters, these were people that I grew to love and admire."

Parker added: "Was every day perfect? Were people always desperately, hopefully in love with each other?

"This sort of narrative, this ongoing cat fight, it really upset me for a very long time." 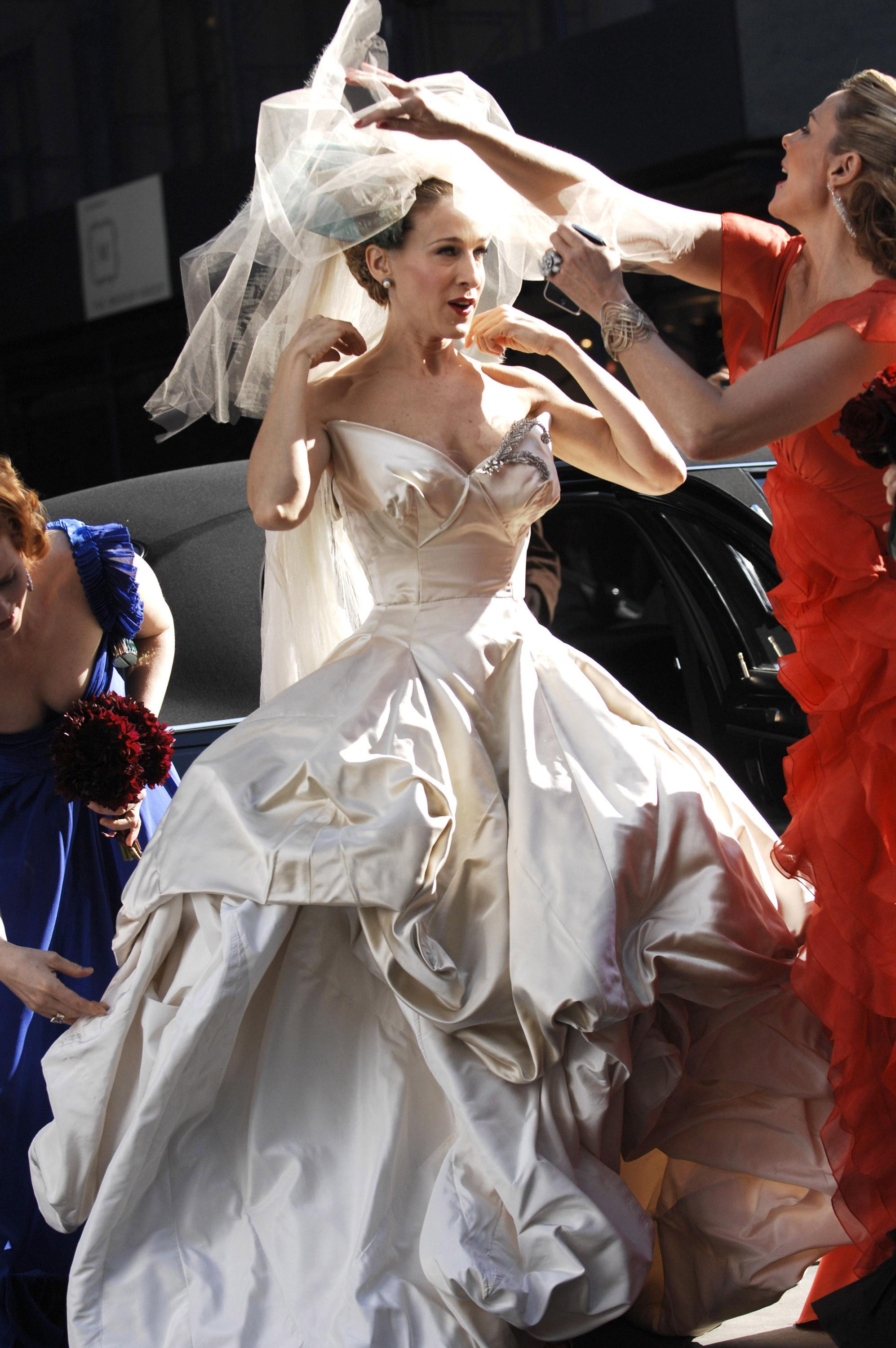 In September 2017, Parker firmly squashed fan hopes of a third movie, but refused to point any fingers.

But an anonymous story, posted in the Mail the same day, suggested the blame lied with Cattrall's diva demands. 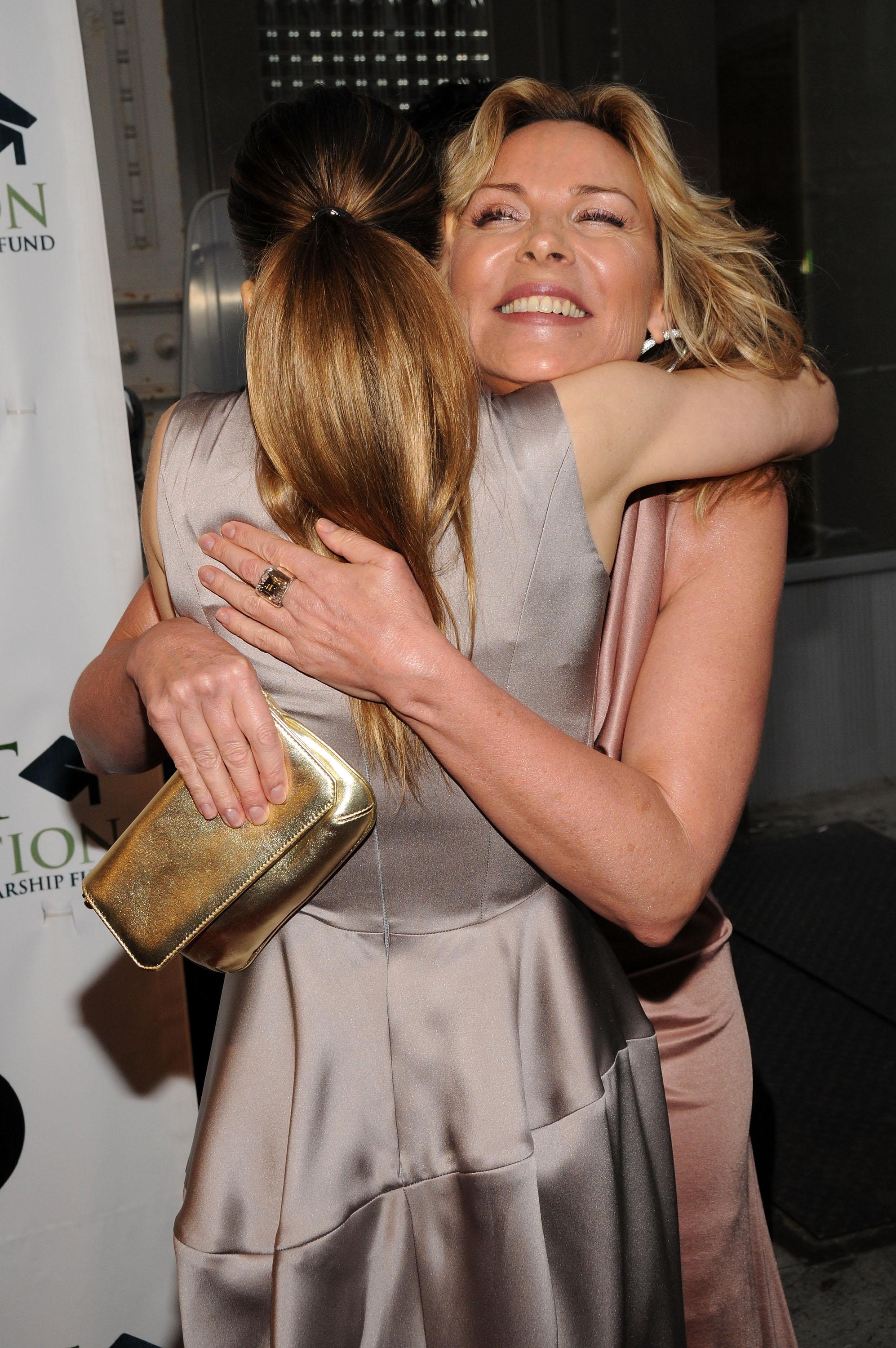 According to the Mail Online, Cattrall later described her relationship with the SATC cast as "toxic".

She also made a groundbreaking move – and was unusually vocal about her feelings on Piers Morgan's Life Stories.

When asked about Parker, Cattrall said: "I really think she could have been nicer. I don't know what her issue is."

She added of her three co-stars: "We've never been friends. We've been colleagues." 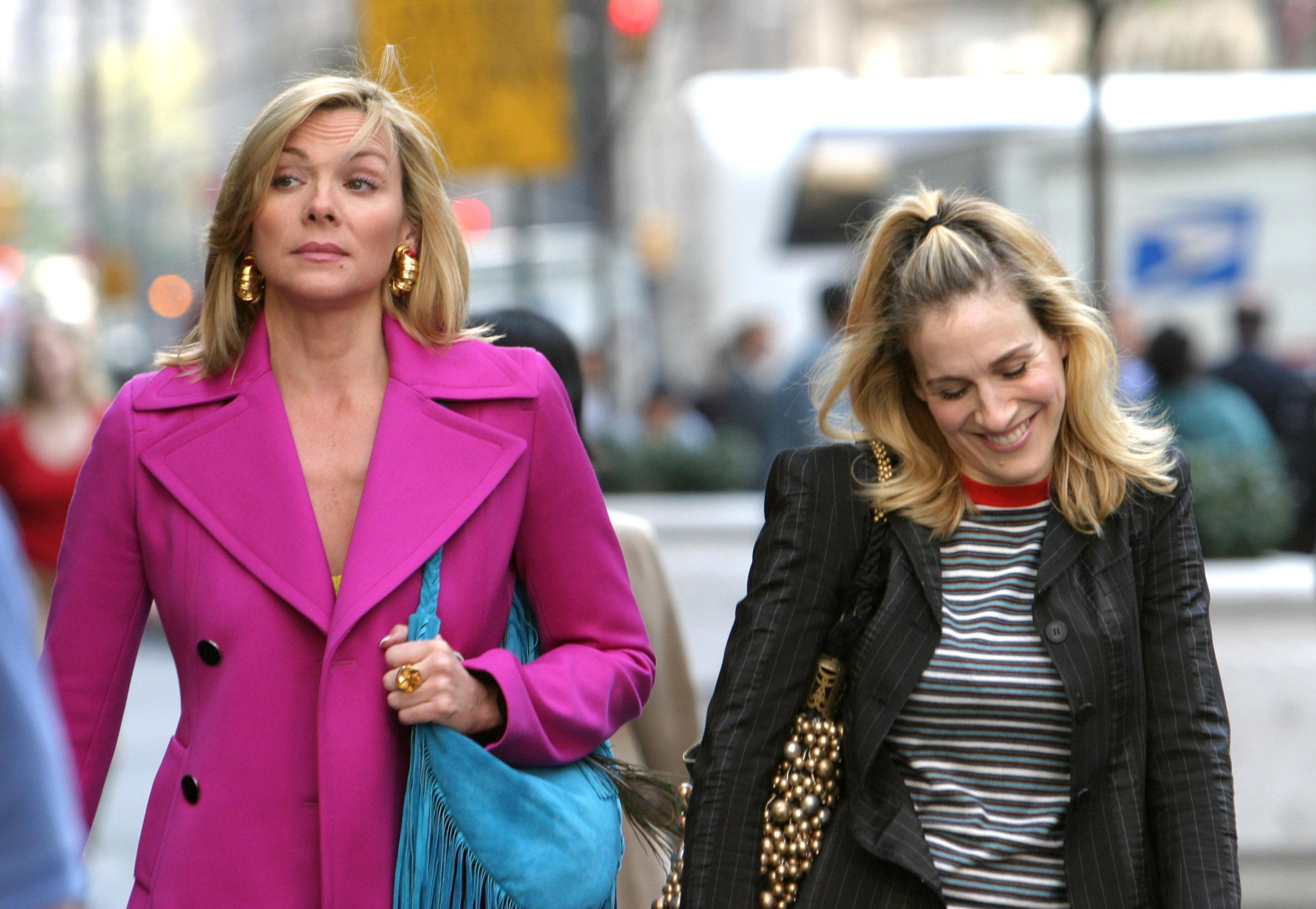 A source later told The Sun that Cattrall had vowed to never work with Parker again.

“Kim felt Sarah thought she was more important than the others," the insider added.

“She couldn’t take the negativity between them.”