Home » Fashion » Who is Elise Melvin? Girl who took photos with Wayne Rooney in hotel room

Who is Elise Melvin? Girl who took photos with Wayne Rooney in hotel room

THREE half-naked women were snapped alongside Wayne Rooney in a hotel room after a boozy July night out.

One was 21-year-old Elise Melvin. Here is what we know about her. 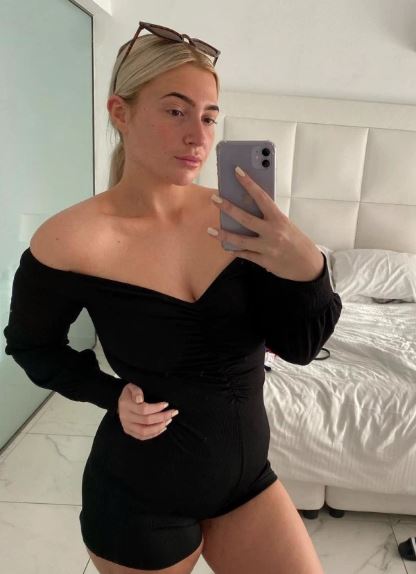 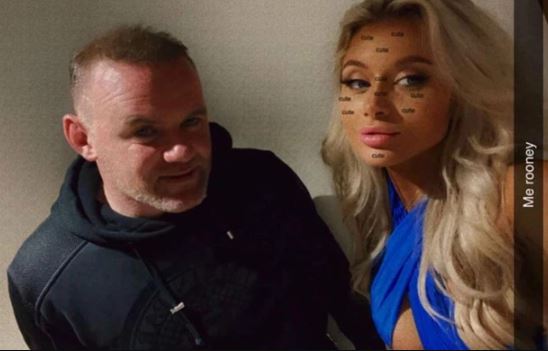 Who is Elise Melvin?

Elise Melvin is one of the three scantily clad women who took photos with Wayne Rooney in a hotel room.

The 21-year-old joined pals Tayler Ryan and Brooke Morgan at an after party in Manchester.

There is little known about Elise, but she almost 2,000 followers on Instagram.

She also features a verse from The Bible, Psalm 37:4, in her social media bio.

It reads: "Delight yourself in the Lord, and he will give you the desires of your heart."

What happened between Elise Melvin and Wayne Rooney?

Wayne Rooney, 35, partied into the early hours with Tayler Ryan and her pals Elise Melvin and Brooke Morgan, all 21.

He was seen passed out in a chair as the girls cavorted in their underwear at their £60-a-night room in Manchester.

One flashed her bottom next to the retired England striker — then posted it online, captioning it “Mooney Rooney”.

Another photo which went viral saw him leaning in on one blonde reveller at a nightclub.

Rooney was angry they had taken snaps of him asleep without his permission and feared he had been the victim of a “set-up”.

Friends revealed Rooney and his mates invited them to his VIP booth at the exclusive Chinawhite club in Manchester on July 24.

One said: “The girls were out celebrating a pal’s birthday.

“They love Chinawhite and are always there but couldn’t believe their luck when they were invited over — they were stunned.

“They spent a couple of hours with him and his pals there before they moved on.”

Rooney is then understood to have been accompanied by two friends as he went to the girls’ hotel room.

The friend went on: “They were flattered. They had a really good night and said Wayne and his friends were lovely.

“The girls all love to party but I think this was probably the wildest night of their lives.

“There was no sexual contact — it was just a great night.

“Wayne was very complimentary of them, of how they looked, but nothing happened.”

Tayler, who has 13,000 Instagram followers, posted a photo of her sitting with Rooney on the settee.

She used a filter to decorate some of her snaps, scrawling the word “cute” all across her face.

One picture shows the bleary-eyed Derby County manager, wearing a black hoodie and jeans, waving his arm in the air while holding a glass of wine.

However the married dad of four later passed out — so the girls decide to start playing pranks.

In one snap, one is throwing a peace sign next to the sleeping celebrity while the other is laying on the bed in her lingerie in a photo they titled “Sleepy Wayne”.

Another shows one in a G-string jokingly baring her bum next to the star’s head, with the caption “Mooney Rooney”.

Footage also circulated on social media showing her strut over to him before bending over his face.

The friend said: “They were all having fun dancing around with Wayne and his mates and posting about it on Snapchat but they couldn’t stop laughing when he passed out. They decided to have some fun.”

Rooney, married to Coleen, then made a swift exit from the Staycity complex after he eventually woke up the next morning.

The three girls were spotted leaving Staycity at 12.30pm and they confirmed they had spent the night with Rooney but refused to go into details.

Rooney was out partying hours after Derby lost 2-1 away to Salford in a pre- season friendly.

It also comes after sources claimed he was going to “quit alcohol” to save his marriage after a series of scandals while playing for DC United in the States.

He said he was going teetotal when he returned to the UK in 2019.