A WOMAN was praised her hack of using full-fat Coke to clean limescale from her toilet, but horrified others by not using any gloves.

Frankie Cousins posted an update to thank the group members for suggesting using cola to rid her toilet of dirt and limescale – and it hardly required any work. 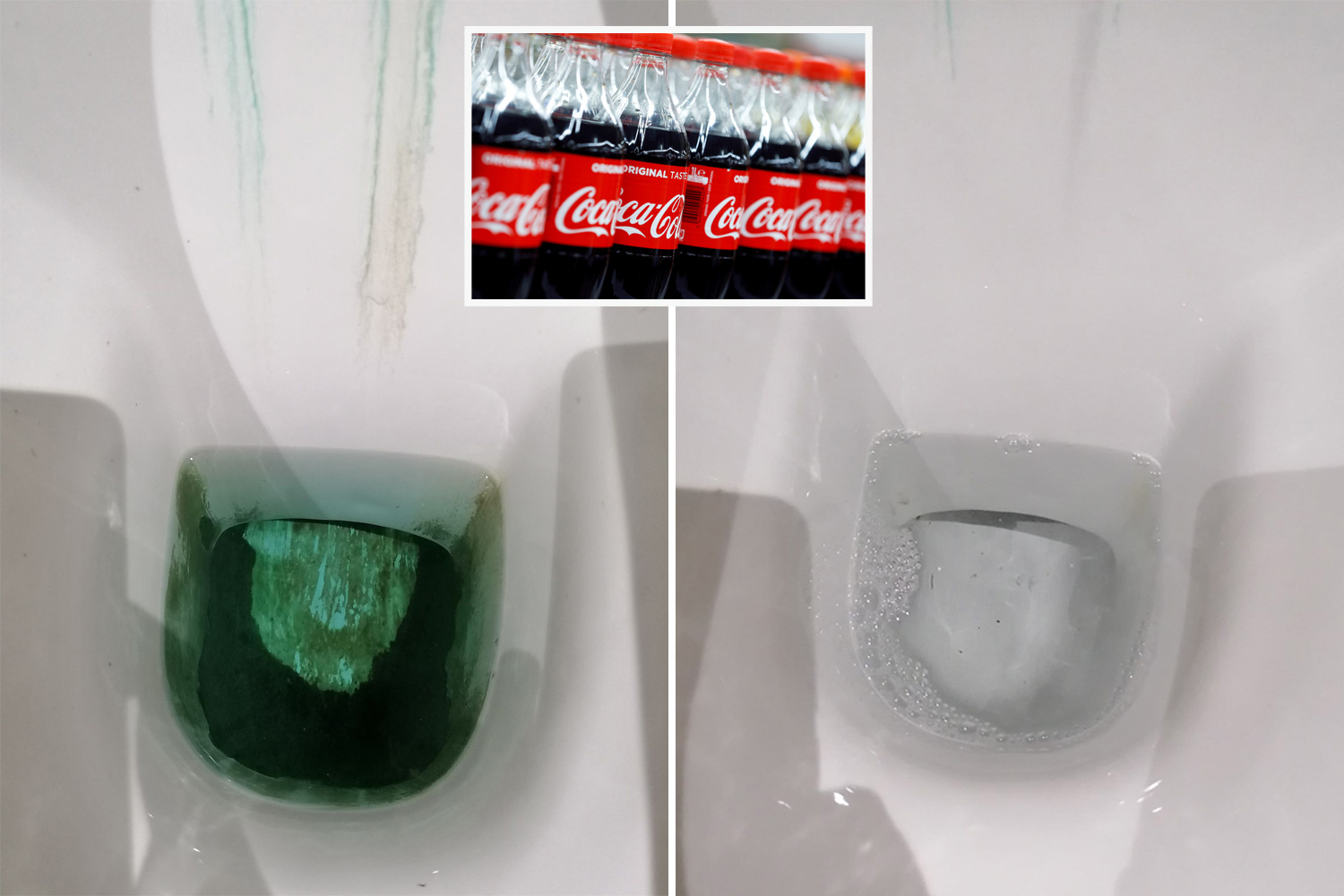 The savvy cleaner praised a bottle of full-fat Coke for the outstanding result.

Frankie simply left the fizzy drink in the toilet for between four and five hours to work its magic, and when she returned, she said that the limescale didn’t require any scrubbing.

After a successful run with the cola, Frankie proudly showed off her sparkling white toilet – free of any grim or limescale.

But she shared a picture of her holding the limescale with her bare hands – only for her action to divide the group. 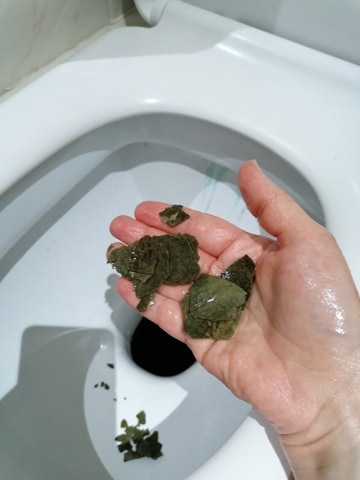 The picture sent people into a spin, prompting many to ask what she was actually holding.

People were repulsed by the faecal-looking limescale, and some were even more disgusted to find out that Frankie had scooped it out without any gloves on.

Quick to realise that many people thought she might not have been holding limescale but something else rather nasty, she took it upon herself to set the record straight.

She edited her original post to clarify: "The stuff in my hand is the limescale that has come off in the toilet.

"It didn't bother me not wearing gloves, it's my own toilet.

"If it was a public toilet then yes of course I would wear gloves, and I scrubber my hands afterwards."

Not everyone was convinced.

But others were quick to praise Frankie's genius hack, inspiring many to pick up a bottle of Coke and douse their toilets.

One group member said: “Coke is also brilliant for removing rust! Which is why I never drink it!”

Another said: “What, coke. Wow. What a result.”

However, not everybody was convinced with Frankie’s choice of cleaning – taking this an opportunity to question what Coke does to your body if you drink it.

One person commented: “Makes you wonder what it does to your body.”

Another said: “What scares me more is I love a can of ice-cold coke. But if it can do that, what is it doing to my insides.”

Read about how this woman made her toilet foam, and why viewers couldn't get enough of it.

Plus, read about why this professional cleaner says you should NEVER use bleach in a bathroom.

And how you can makeover your bathroom thanks to Stacey Solomon's bargain finds at Dunelm and Primark.