WE all aim to be comfortable when working out so that often means wearing comfy clothes that allow us to stay cool.

But for one gym it seems a cropped t-shirt and leggings isn't acceptable, with a woman claiming staff told her to "cover up." 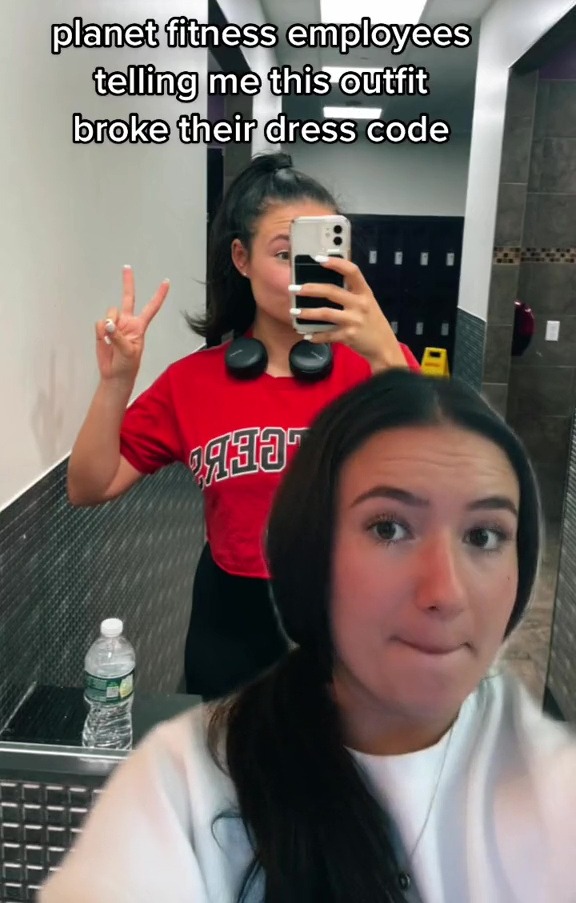 TikTok user Alana shared a video on her platform after a member of staff at Planet Fitness in New Jersey – which is a large US chain of gyms -reportedly said her workout attire was unsuitable.

In the video she was wearing a pair of black leggings, which are typically worn by many females, as well as a red cropped t-shirt.

"Time to find a new gym," she wrote before saying she was told she "broke the dress code."

She claimed: "They said my shirt was too short so I should pull it down and my leggings up more." 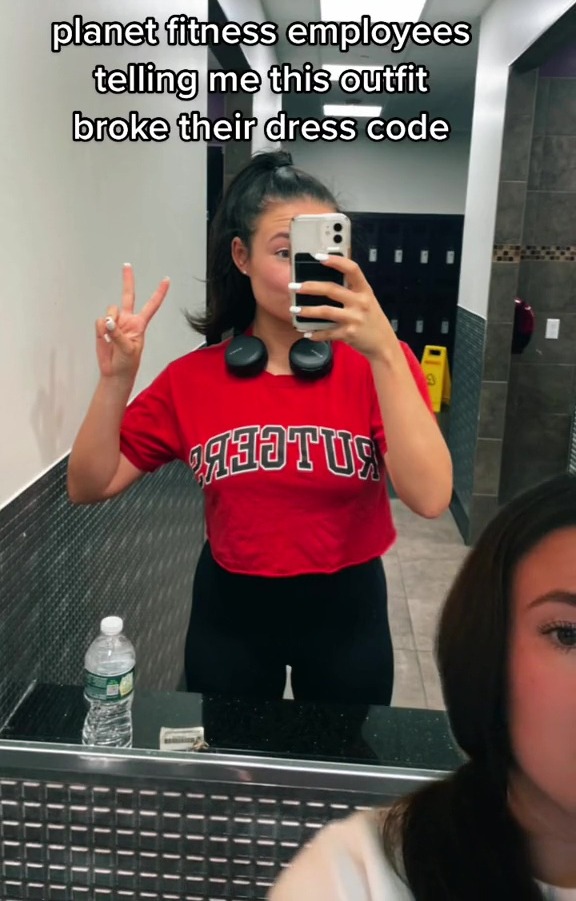 By doing this less of her midriff would be on display, something the gym probably found "revealing or offensive" according to their website.

What's more, Alana said "I was so mad" when the incident occurred and people are fuming on her behalf.

Another woman blasted: "That's ridiculous, I wear a sports bra and shorts to my gym, you're literally trying to work out.

"What you wear shouldn't matter."

Another, who appears to go to the same gym, said: "What?! I wear crop tops all the time."

On its website, Planet Fitness says "clothing that may be perceived as intimidating, revealing, or offensive" is not allowed.

This includes "string tank tops that do not cover the torso" and clothes with offensive messages – so perhaps they thought Alana's outfit met this criteria.

Meanwhile, this woman said she was fat-shamed at the gym and told to leave because her crop top showed off her belly – saying 'I’ve never been so ashamed'.

Elsewhere, this woman was left reeling after being asked to leave the gym because her cycling shorts showed ‘too much skin’.