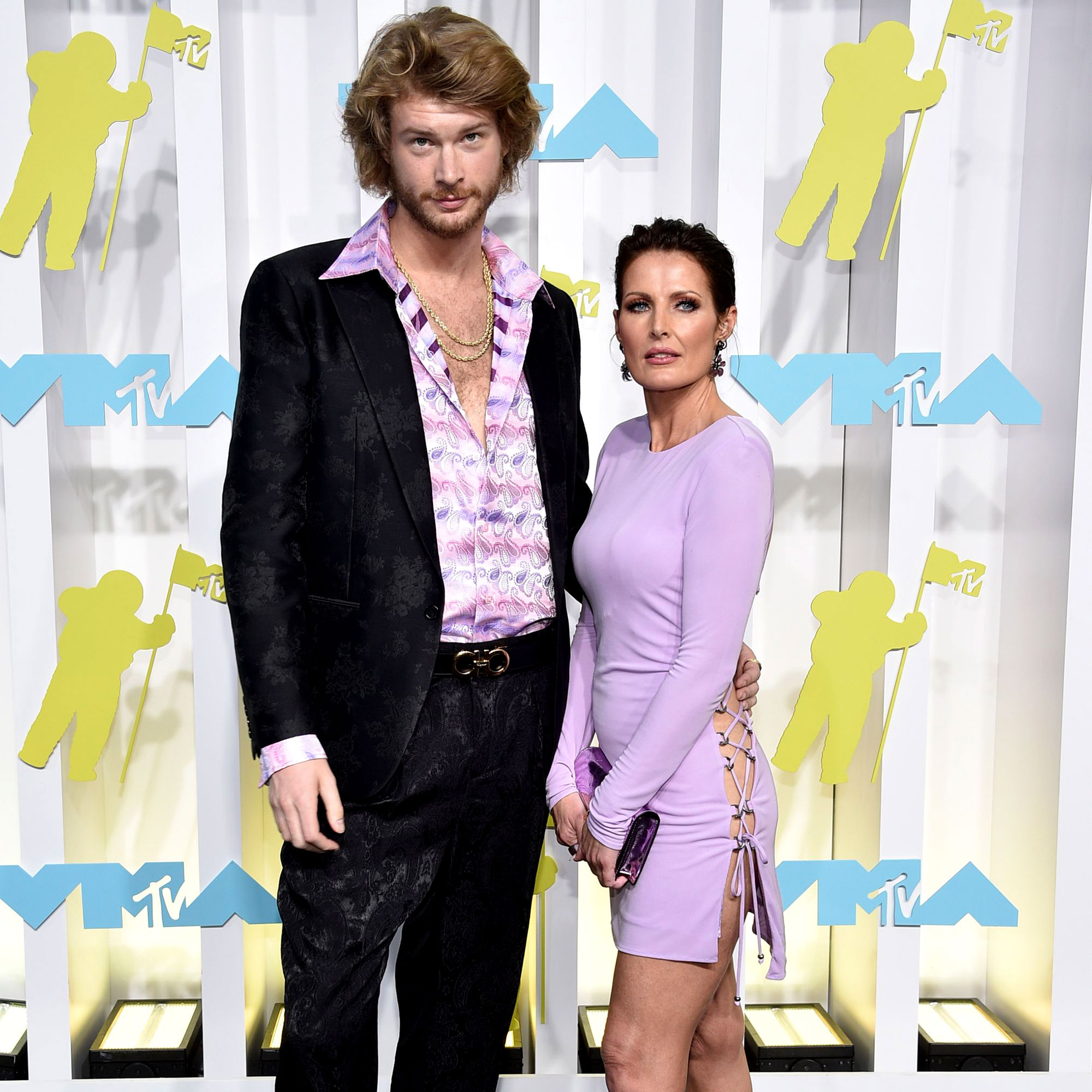 The red carpet is heating up! Addison Rae‘s mother, Sheri Easterling, made her red carpet debut with rapper Yung Gravy at the 2022 MTV Video Music Awards — and the couple were not shy with their affection.

“We met online and we connected right away,” Gravy, 26, said during an interview with MTV’s Nessa Diab on Sunday, August 28. “You know, I’m from the furthest north it gets and she’s from the furthest south it gets. I’m into MILFs and she’s kind of the queen of MILFs, so I figured it was just the perfect match.”

The official MTV Instagram account also shared a video of the pair sharing a steamy kiss on the black carpet. “Never enough kisses at the #VMAs!!! Isn’t that right, @yunggravy & @sherinicole?” the post read, showing Gravy and Easterling, 42, in matching lavender ensembles.

Easterling’s romance with the musician comes one month after her estranged husband, Monty Lopez, was accused of having an affair. In July, a woman named Renée Ash alleged that she dated Lopez, 46, and that he lied about his marriage being over. (Lopez, for his part, did not publicly respond to the accusations.)

Summer Love! Celeb Couples Pack on PDA at the 2022 VMAs

At the time, Easterling took to social media to address the claims about her personal life.

“Personal matters being brought public are always challenging and overwhelming for anyone involved,” the TikTok star, who shares Rae, 21, and sons Enzo, 14, and Lucas, 8, with Lopez, wrote via Instagram Story. “I will be okay. My biggest concern is -and always will be- my children and their fragile hearts and minds. I will always do my best to protect them.”

In her lengthy social media post, the internet personality did not directly address the affair rumors. “My goal is to make sure that they feel secure and safe and know that everything will be okay,” Easterling added. “Thank you all for the love, support and kind messages. It means the world to me.”

Couples Who Made Their Red Carpet Debuts at an Awards Show

Easterling has since changed her Instagram bio to “single mom.” Rae’s mom later sparked romance rumors with the “Mr. Clean” performer when he stitched himself into several TikTok videos with her.

“Oh, it’s on sight baby,” he joked at the end of a clip in July where Easterling described her perfect date.

Earlier this month, Gravy teased his connection with Easterling during an appearance on the “Jeff FM” podcast. “It’s real. She’s recently single,” he said, adding that the duo were “going on a date” soon. “I might wait until my New Orleans show. But we’ve talked — we keep in touch. I’ve texted a little bit every day.”

Rae, for her part, was not in attendance at the awards show.