Home » Lifestyle » All the Emmys 2021 can’t-miss moments in real time: What had people talking tonight

All the Emmys 2021 can’t-miss moments in real time: What had people talking tonight

The people have returned! One year after a mostly virtual Emmys, the award show is back to honor TV’s finest, but this time there’s an actual in-person audience. Wonderwall.com has the rundown on what was buzzing at the 73rd Annual Primetime Emmy Awards in Los Angeles on Sept. 19, 2021, plus all the must-see moments that had people talking during the telecast… Starting with these big wins… Apple TV+ officially tossed its lasso around the Emmys. “Ted Lasso” began the show with a run of victors. The first award of the night went to the “boss woman,” Hannah Waddingham, as she won best supporting actress in a comedy prize. Directly afterward, Brett Goldstein, who plays curmudgeonly and foul-mouthed aging footballer Roy Kent, won best supporting actor in a comedy. “I was very, very specially told I wasn’t allowed to swear,” he said before launching into a slew of expletives, which were bleeped out by censors. He added, “This cast makes me sick they’re so good.” They are good, and the awards obviously reflect it.

RELATED: 2021 Emmys red carpet: See what all the stars wore

Comedian Cedric the Entertainer is hosting the 2021 ceremony, and he promised before the show that it would be a celebration. (Some might be celebrating more than others — “The Mandalorian” and “The Crown” have 24 nominations apiece, and Disney+’s “WandaVision” got 23 nods. “Ted Lasso” has 20 — the most for any freshman comedy ever.) Cedric kicked off the show with a love letter to TV with a rap set to the tune of the late Biz Markie hit “Just a Friend.” “TV, you got what I need, but you say she’s just a friend,” he rapped. Others joined in, including LL Cool J, Mandy Moore, Rita Wilson, Anthony Anderson and, well, everyone.

RELATED: The best non-traditional menswear moments from the 2021 Emmys

“The Crown” throws a party in London

Most of the stars from “The Crown” (including Olivia Colman) — the most-nominated show of the night — were not on hand at the ceremony in Los Angeles at L.A. Live’s Event Deck, but they were still partying in style. The cast and producers of the Netflix show held their own Emmy viewing party in London, much like the team behind “Schitt’s Creek” did in Canada during last year’s telecast. The royal event of the year? Absolutely. All hail the queen! In the first hour of the show, the stars of “The Crown” were already cleaning up, with awards going to Gillian Anderson, Tobias Menzies and more!

RELATED: Best and worst dressed stars at the 2021 Emmys

How exactly are the Emmys staying COVID safe? All attendees are required to provide proof of vaccination. In addition, guests must have had a negative Covid test within 48 hours of the ceremony. Meanwhile, attendance is limited, and the traditional Governors Ball isn’t being held this year. The restrictions were apparent to the celebrities. Jennifer Coolidge mentioned the “layers” of precautions while speaking on E!’s red carpet pre-show. Catherine Zeta-Jones said, “They did a really good job. I can’t imagine what the logistics are like.” Her husband, Michael Douglas, who’s nominated for lead actor in a comedy, added, “There are a lot of precautions, but it’s a safe place.” In his opening monologue, Cedric the Entertainer made a few quips about the precautions, joking, “I got vaxxed. I did not have a reaction like Nicki Minaj’s cousin’s friend,” which drew plenty of laughs.

The men bring the most fun fashion

Sorry, ladies, but male stars including Bowen Yang, Billy Porter and Josh O’Connor gave Emmy Awards viewers some of the best and wildest accessories on the red carpet. See some of their unexpected — but incredibly stylish — looks here.

Whether she wins tonight or not, Mj Rodriguez has already broken the mold. The “Pose” star is the first trans woman to be nominated for best leading actress at the Emmys. “I just want to constantly keep making that change,” she told Variety. “I want to constantly keep making history. I want to be at the front of change . . . I am testimony that it is possible. There’s no excuses. The door is wide open and you can run right through it. There’s no crack. There’s no slipping in.” While she’s proud of her accomplishments, Mj hopes that a similar nomination in the future will be par for the course. “I do believe at some point, and I pray, that it won’t be the headline of everything,” she told People magazine. “Instead it will just be the actress who just so happens to be trans.”

The Susan Lucci of the Primetime Emmys?

Will the steak end? Anthony Anderson is essentially primetime television’s Susan Lucci, as he continues to be nominated for Emmys but can’t seem to take one home. This year, he’s up for outstanding lead actor in a comedy series for the seventh time for his performance on “black-ish.” He’s also an executive producer on the show, and the series has been nominated four times. “I was ready for the nomination streak to end a long time ago. This is the seventh nomination. Eleven total, but yeah, I’m done with the nomination part,” he told People magazine. “It’s time for a win. I’ll be honest. It’s time for a win.” “All My Children” star Susan, by the way, eventually won an Emmy in 1999 after 19 nominations. Anthony, it CAN happen!

An Emmy shy of an EGOT

History could be made on Sept. 19, as someone just might end Emmys the night as an EGOT winner. David Byrne, the 69-year-old frontman for the band Talking Heads, has already won a Grammy, an Oscar and a Tony during his career. He’s an Emmy shy of joining the prestigious club, which only includes 16 people. If he wins for outstanding pre-recorded variety special — for “American Utopia” — he’ll be lucky No. 17.

Mandy Moore is feeling pumped about her Emmys accessory. Prior to the ceremony, the “This Is Us” star posted a photo on her Instagram Story of her Motif Luna breast pump. “Tonight’s MVP accessory,” she captioned the pic. Sunday marks Mandy’s first Emmys as a mother, as she and husband Taylor Goldsmith welcomed son August “Gus” Harrison in February. See more stars prepping for and celebrating the Emmys on social media here. 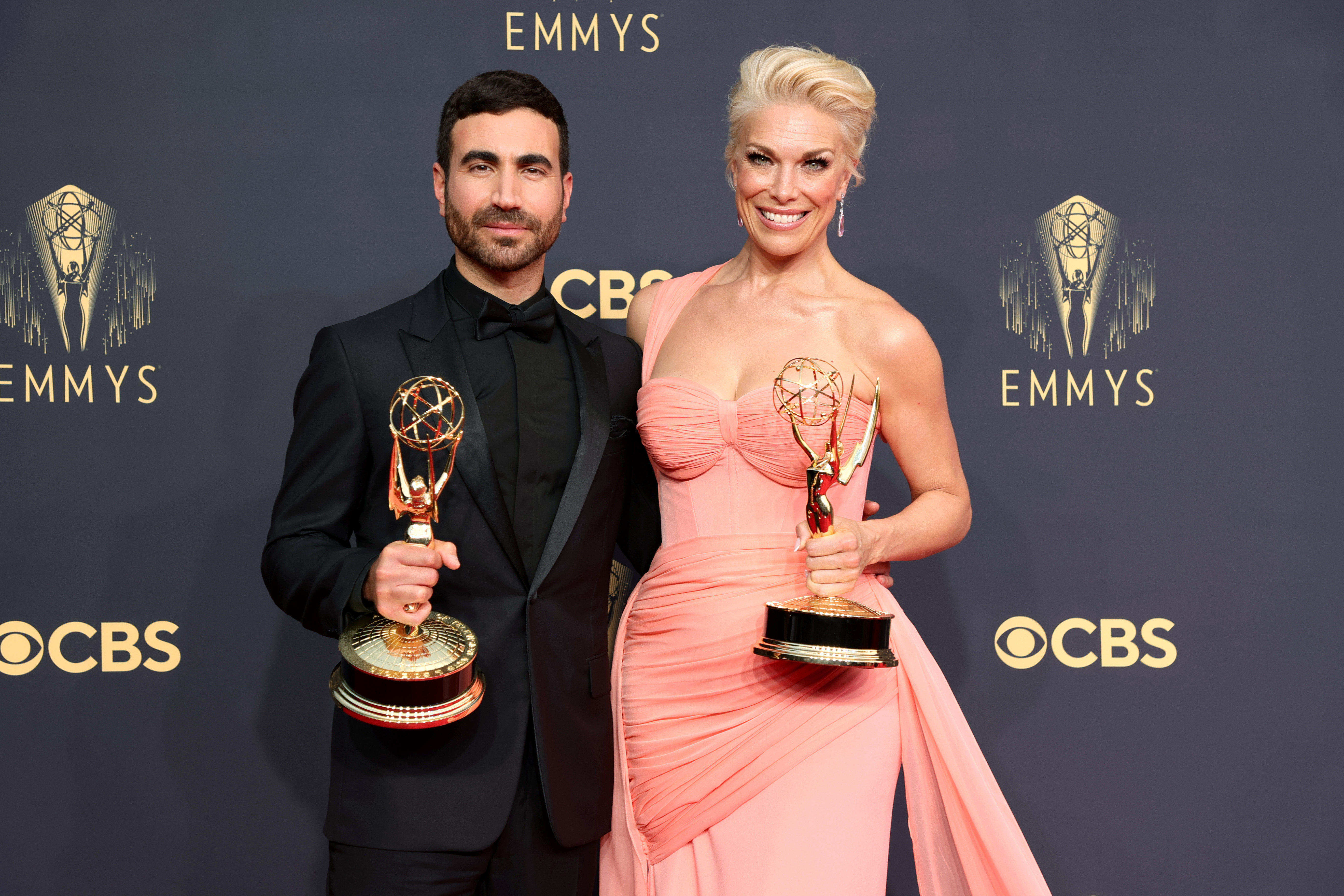 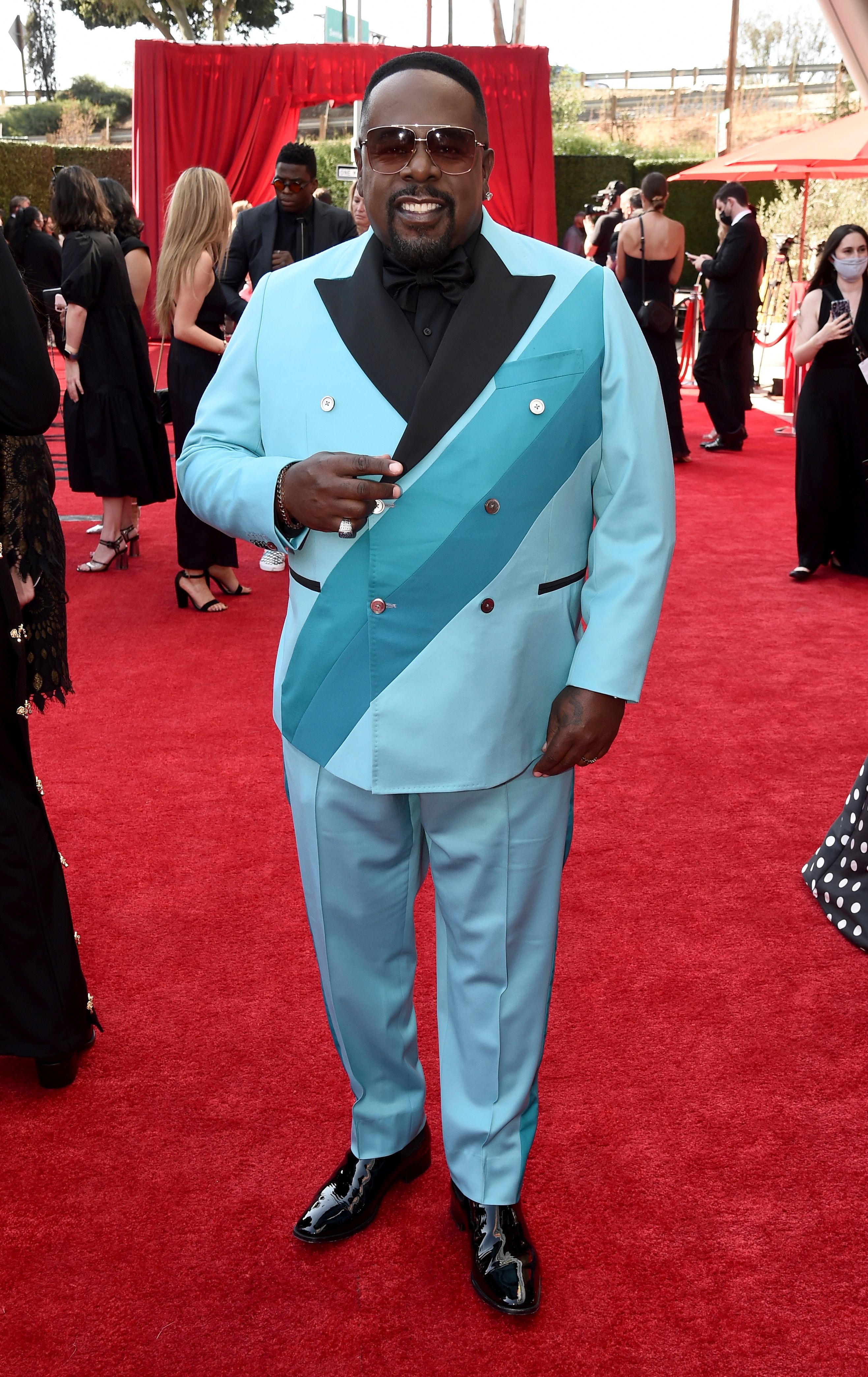 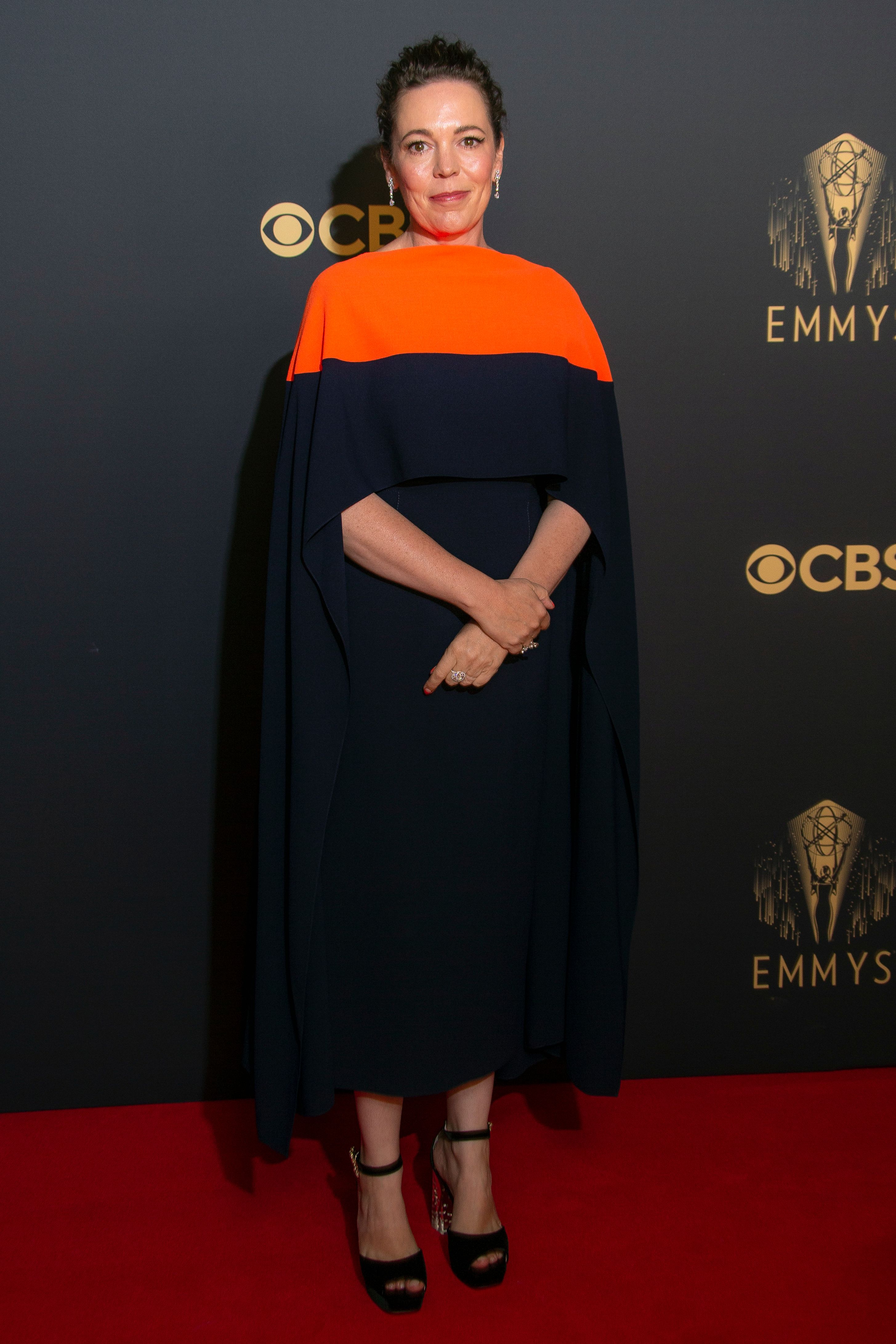 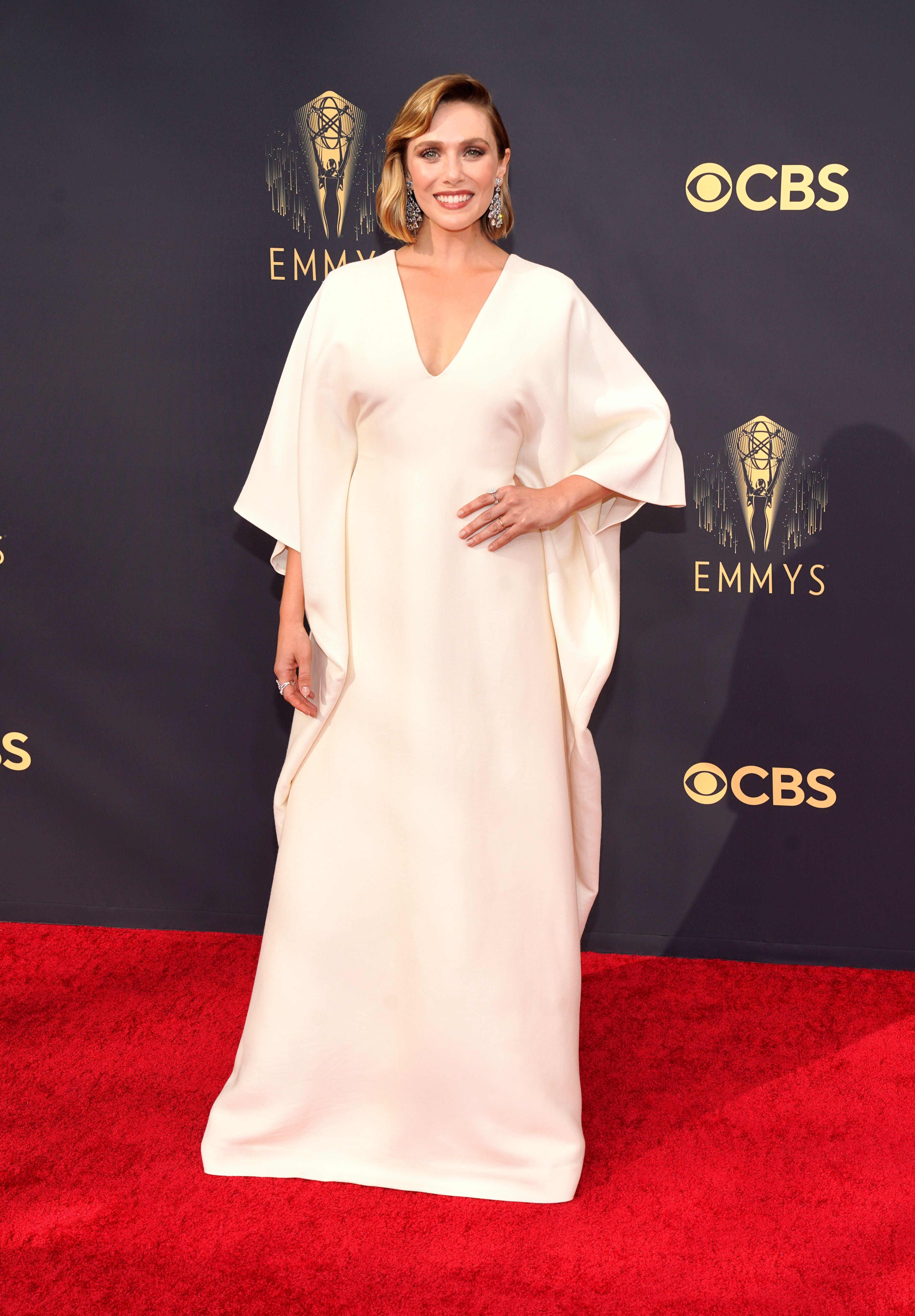 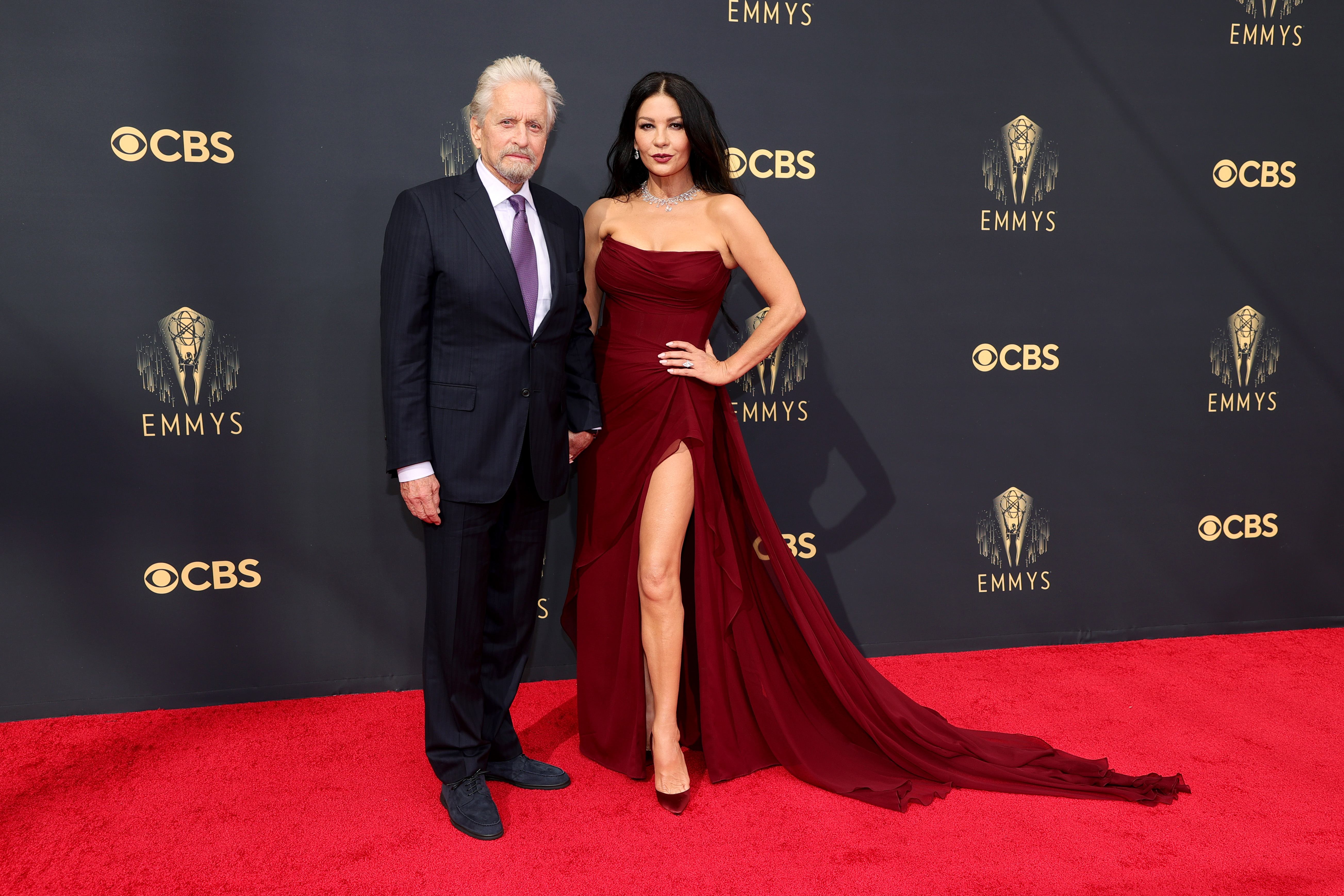 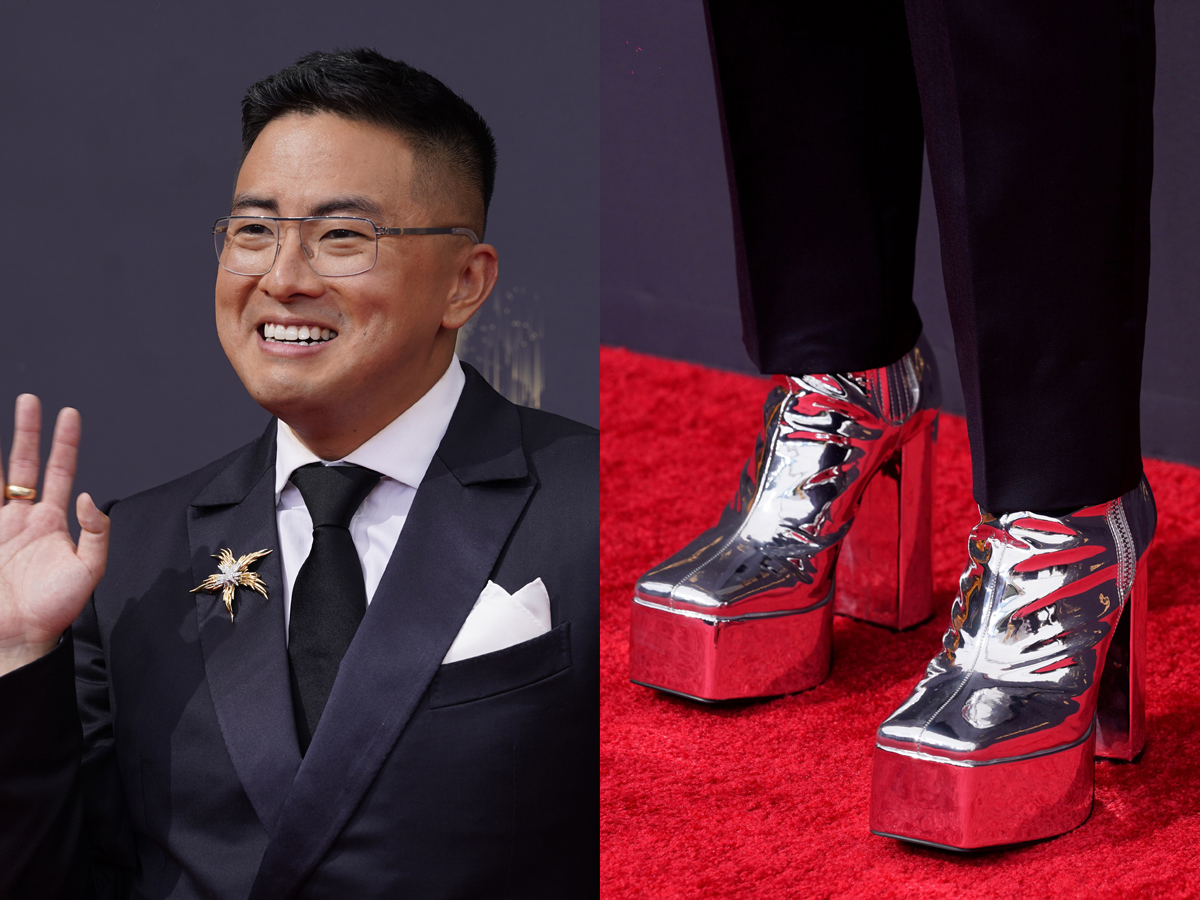 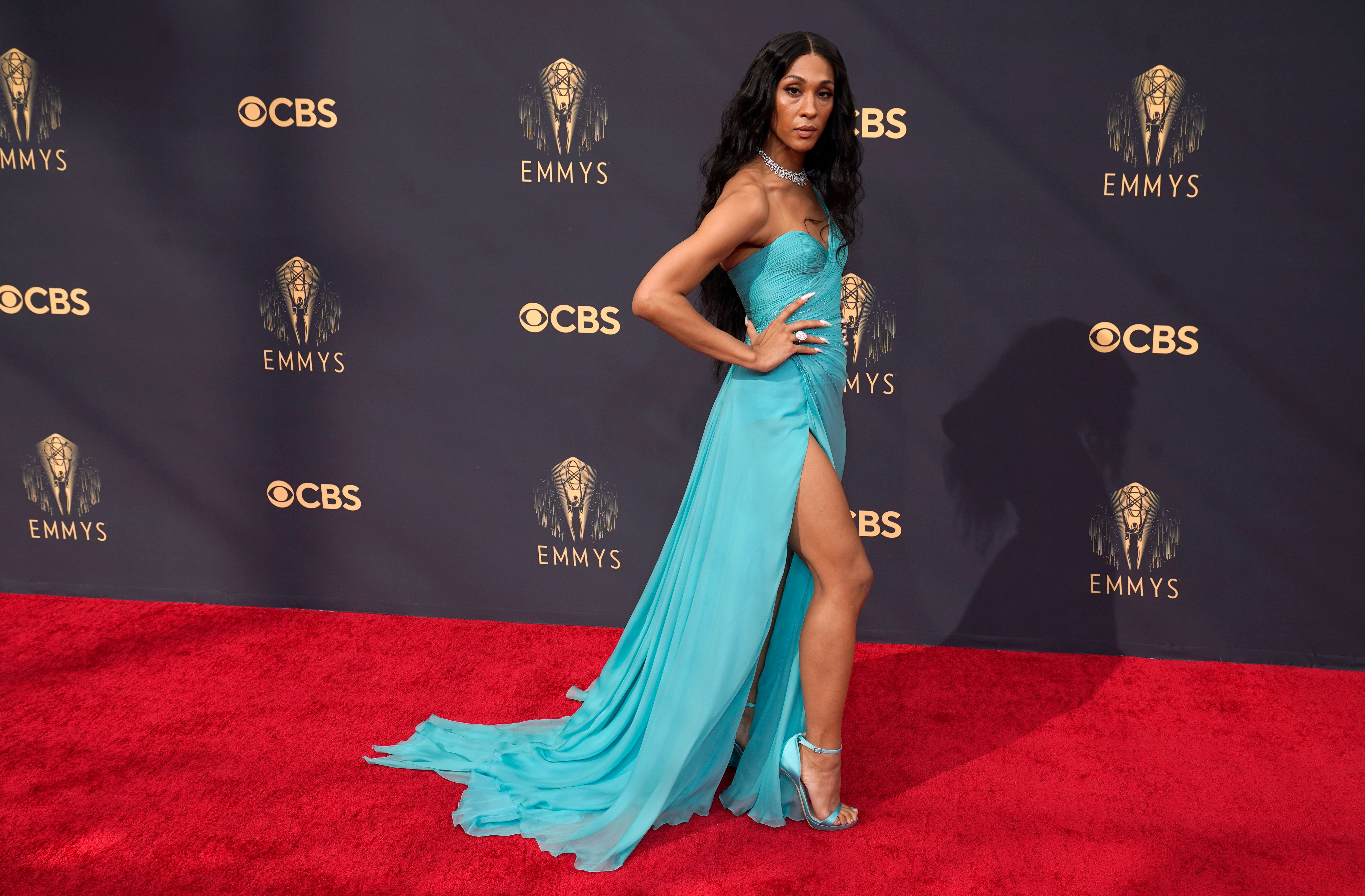 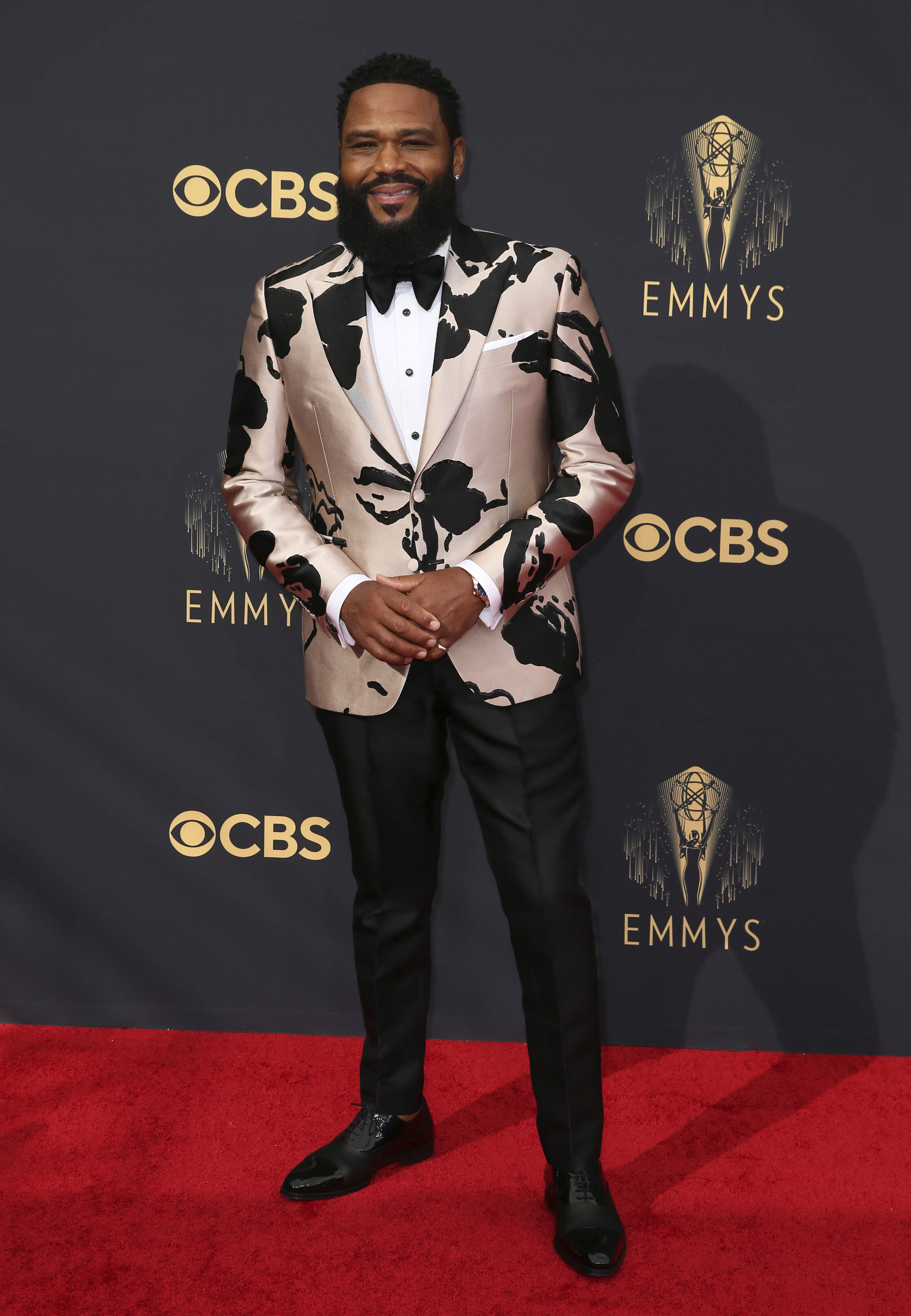 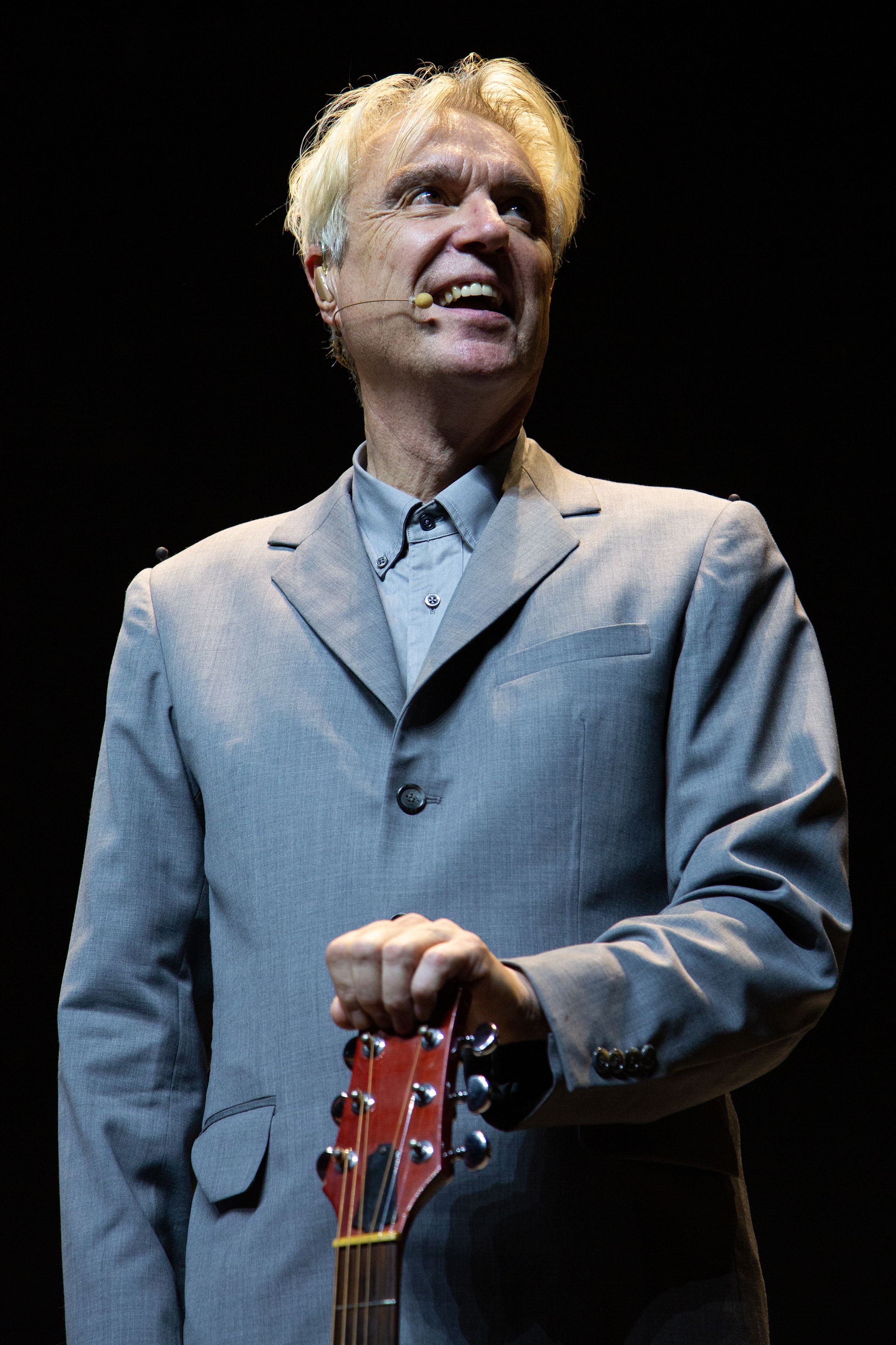 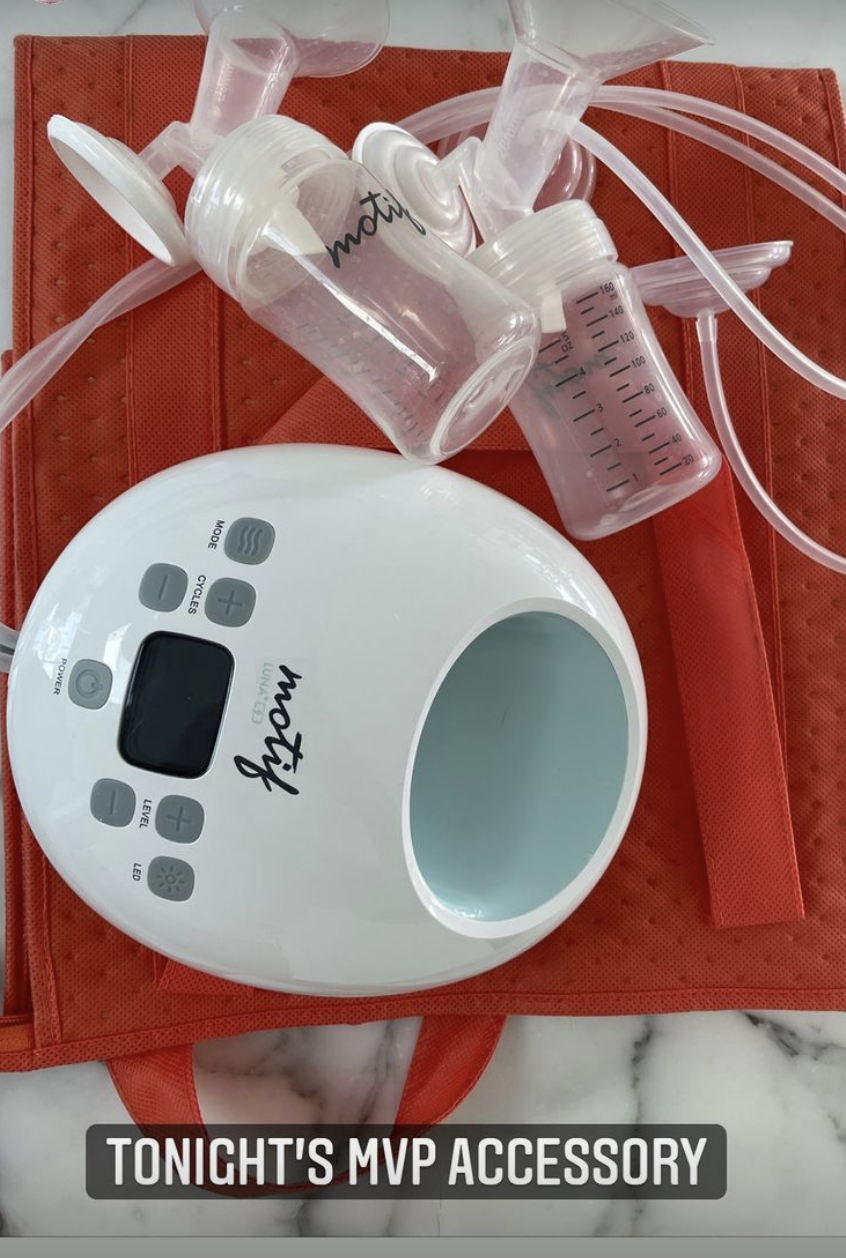 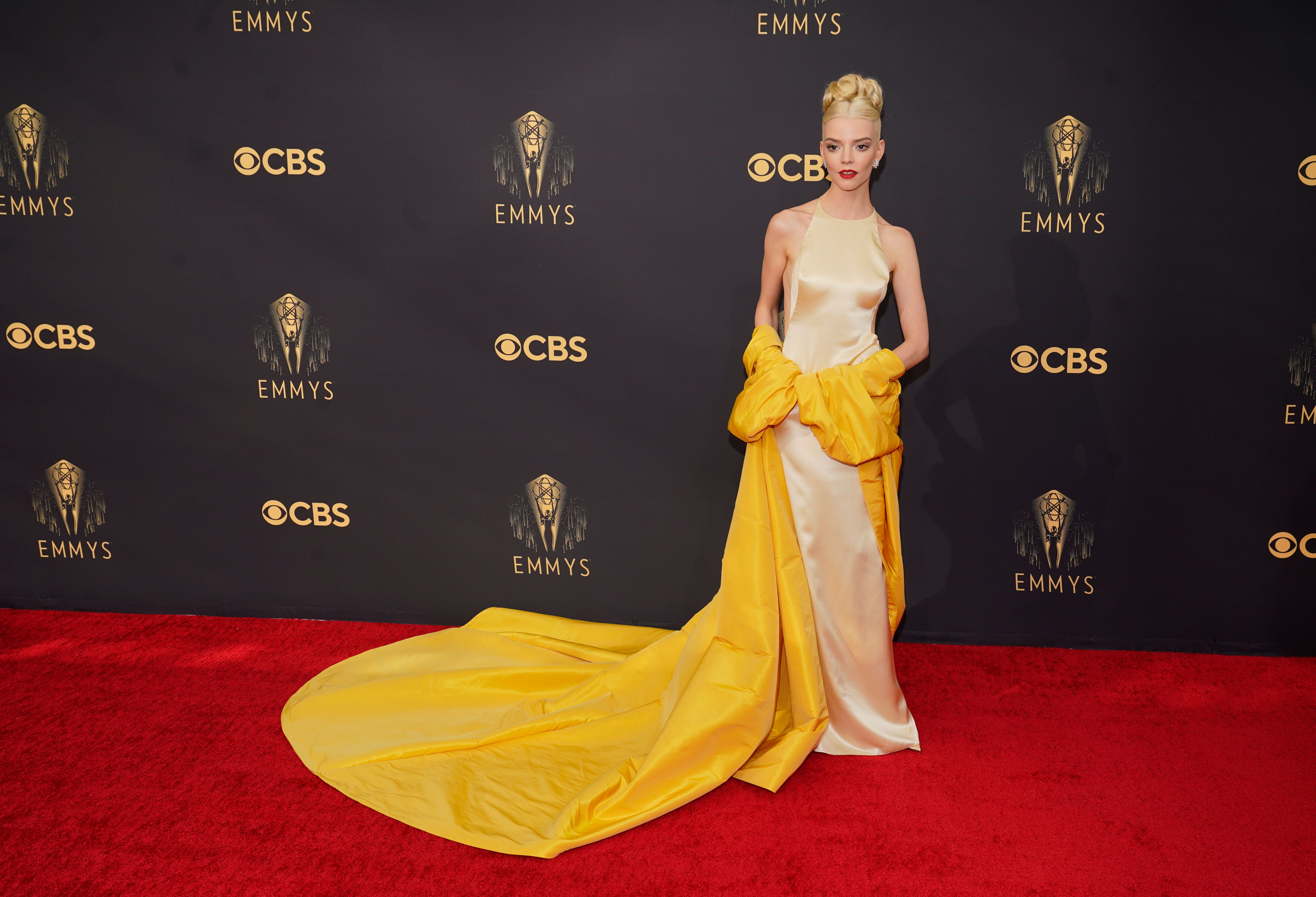