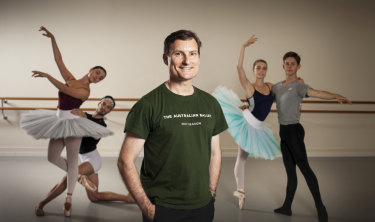 The artistic director of the Australian Ballet, David McAllister, has announced he is stepping down after two decades in the role.

Mr McAllister will finish up at the end of next year, which will be his 20th year at the helm of Australia's national ballet company.

“David has taken The Australian Ballet to new heights during his two decades as artistic director,” Mr Dunn said.

“He has decided that his 20th-anniversary year is the right time to hand on the artistic directorship of the company.

“His leadership of the company has been extraordinarily successful and he will leave an enduring legacy."

Mr Dunn said there was a "succession-planning process" under way.

In the ensuing years he made guest appearances at companies around the world including the famous Bolshoi Ballet and even danced for Princess Diana in 1992.

In 2001 Mr McAllister made the transition from dancer to artistic director of the Australian Ballet.

In 2004 he was awarded a Member of the Order of Australia.