The Australian head of global automobile giant BMW says the federal government can play a greater role in influencing the public about the benefits of electrified vehicles as the world’s leading car manufacturers vow to phase out petrol cars.

Vikram Pawah, the chief executive of BMW Group Australia, said incentives announced for businesses to invest in electric car fleets would mark a “line in the sand” for manufacturers and supercharge the local market’s adoption of electrified vehicles. 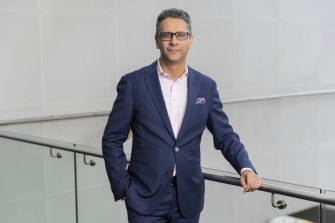 Major car companies around the world are focusing their efforts on building new EV models, with industry predicting the next 12 months will be a “tipping point” for electric vehicle adoption in Australia.

Mr Pawah said investing in electro-mobility technology development for business should be a given in Australia, but countries such as the United States, Norway and China had invested in a strong charging network and offered monetary incentives to both commercial and private buyers of plug-in hybrid or fully electric vehicles.

“However the cost benefit of electrified vehicles is just one of the challenges facing uptake in Australia,” Mr Pawah said.

The Morrison government announced a $74.5 million Future Fuels Fund in last month’s budget to help business and regional communities take advantage of opportunities offered by hydrogen, electric, and bio-fuelled vehicles, and enable infrastructure for the growth of commercial electric vehicles.

Mr Pawah said BMW would continue to introduce new technology vehicles into its local product line-up but the government had an "important" role to play in influencing the public mindset about the benefits.

“While these incentives are focused on business, they are a positive step in enlightening the wider public around electro-mobility and addressing the lack of knowledge about electric vehicles,” he said.

The government electric cars policy, to be called the Future Fuels Strategy, will be released in the coming months and focus on practical actions to allow the private sector to commercially deploy these technologies.

But it argues the development of electric, hybrid and fuel-cell vehicles is being driven by the world’s largest car manufacturers and uptake will rapidly increase as they reach price parity with petrol alternatives.

Electric vehicle charging network Chargefox will this week announce the completion of the 18th of its 21 planned ultra-rapid stations across Australia in a joint project with the taxpayer-funded Australian Renewable Energy Agency.

Chargefox's network now enables drivers to travel up and down the east coast of Australia and from Melbourne to Adelaide through ultra-rapid stations in Horsham, Murray Bridge and Keith. The most recent station is in Perth, its first in Western Australia.

The company estimates the use of its network of chargers is reducing carbon emissions by 50 tonnes every month – the equivalent of more than 25 tonnes of coal burning avoided in an average month.

Chargefox chief executive Marty Andrew said the start-up had more than 10,000 users on its app and had powered more than 140,000 EV charging sessions.

"Chargefox has powered over 2 million carbon-free kilometres and, once the state borders open and it is safe to go on driving holidays this summer, we are able to offer EV drivers the opportunity to explore Australia whilst reducing their carbon footprint,” Mr Andrew said.

Federal Emissions Reduction Minister Angus Taylor has said the Morrison government will support Australians be able to choose which type of car they drive.

"We are backing a range of technologies, not picking one winner," he said last month.