B&Q has reopened another 130 stores in the UK and it’s confirmed when the rest of its branches will follow. 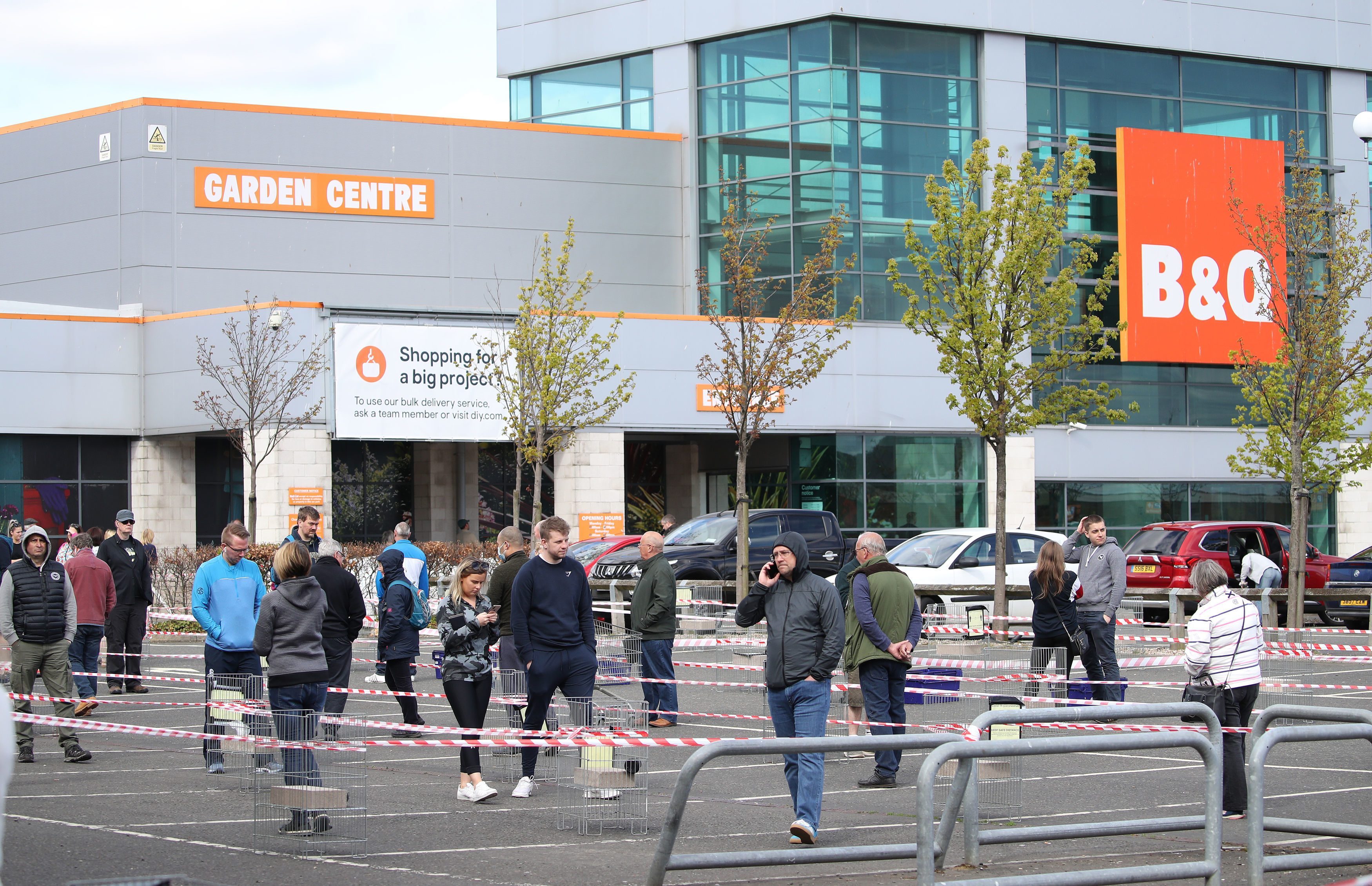 B&Q says the rest of its branches will be open again by early May.

Despite being named as an “essential retailer” during the coronavirus crisis, the hardware chain closed all physical shops on March 25.

Since then, it has been operating an online-only business while slowly reopening some stores.

Which B&amp;Q stores are still shut?

However, customers haven’t been able to browse and shop in stores.

Click and collect items ordered online were being brought to families outside closed stores, so staff and shoppers could maintain a safe distance.

Another 61 branches opened on April 22, followed by an additional 80 stores on April 23 and the latest batch today, April 29.

The retailer has installed perspex screens at checkouts and has marked out two metre distances across its shop floors.

Customers are also having to queue to get into stores due to B&Q limiting the number of shoppers allowed in at one time.

In stores that have already reopened, customers have only been able to buy products that are available to take away on the day.

The retailer has temporarily stopped services such as kitchen and bathroom design, paint mixing, timber cutting and key cutting.

In an update today, B&Q confirmed it's relaunched its TradePoint service at all re-opened stores.

B&Q has also only been accepting card and contactless payments.

Graham Bell, B&Q CEO, said: "We’ve now opened over half of our stores.

"We’re confident that our strict social distancing measures keep customers and colleagues safe while helping homes and gardens, as well as people’s wellbeing, to be maintained.

“Whether shopping in our stores or online, we ask that all our customers follow the government’s social distancing guidelines and shop responsibly only for what is necessary.”

Core opening times in reopened stores are from 8am until 5pm, although operating hours may vary.

Shoppers should use the online store finder tool to check the most up-to-date shop information.

While shops were shut, customers complained about having to queue for more than an hour to get onto the B&Q website.

B&Q isn't the only DIY retailer to reopen stores today – Homebase has reopened another 50 branches.

In food news, KFC has started reopening restaurants – so far there are 15 branches open for delivery.