Home » Lifestyle » Bride had 34 bridesmaids by her side at wedding: ‘It was like a dream come true’

Bride had 34 bridesmaids by her side at wedding: ‘It was like a dream come true’

A bride from New Orleans tied the knot June 2 in Destin, Florida, and celebrated with her friends, family — and a mere 34 bridesmaids by her side.

Casme Carter’s extravagant bridal party included six of her sisters — who acted as her maids of honor — and 28 of her closest girlfriends. Carter said that she originally planned to have 50 ladies in the bridal group, but 16 of them weren’t able to make it due to scheduling conflicts. 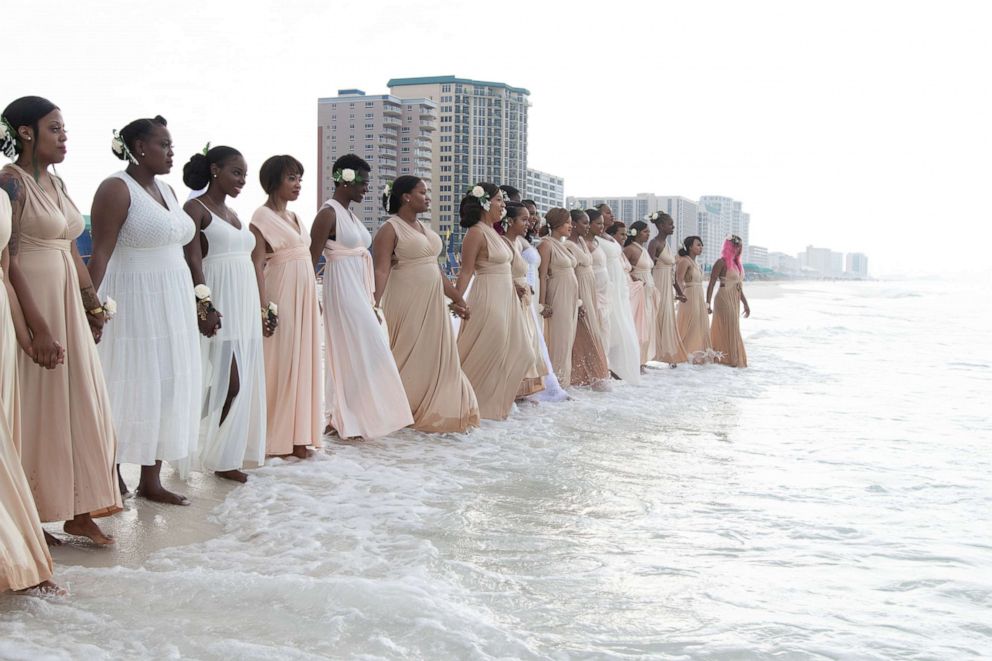 “I’ve lived in three different states as an entertainer and entrepreneur, and all of these women I’ve met during my journey,” Carter said. “I’ve impacted their lives and they’ve impacted mine as well. I wanted to incorporate them in this, too.”

While 34 bridesmaids might seem like a lot of responsibility to handle on the big wedding day, Carter said that things couldn’t have gone smoother. 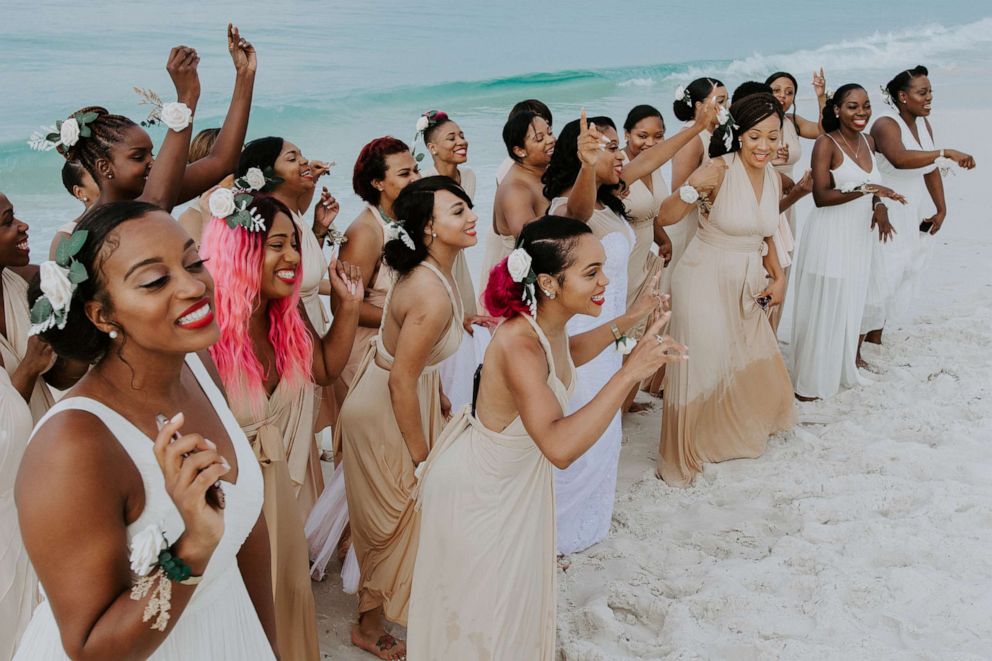 “I’ve been planning how I wanted my wedding to look like for nine years,” Carter said. “It’s all in the planning. I had a vision board on Pinterest and I sent it to everyone. It was like a dream come true.”

Carter said that having a large bridal party helped her with some other misfortunes that occurred, such as her engagement ring slipping off her finger and into the ocean during her bachelorette photo shoot. 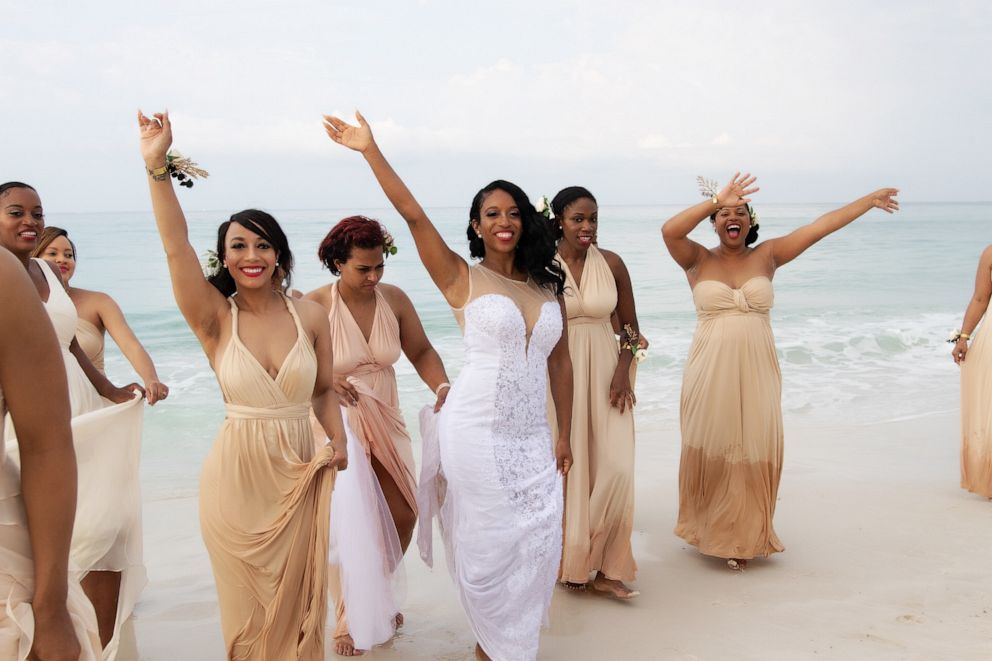 “Everything that could go wrong went wrong,” Carter said. “The friction happened with nature, not my bridesmaids. But my mom and them kept me grounded when things were going wrong.”

Casme’s now-husband, Gary Carter, he initially thought she was joking when she told him that there would be 34 bridesmaids. 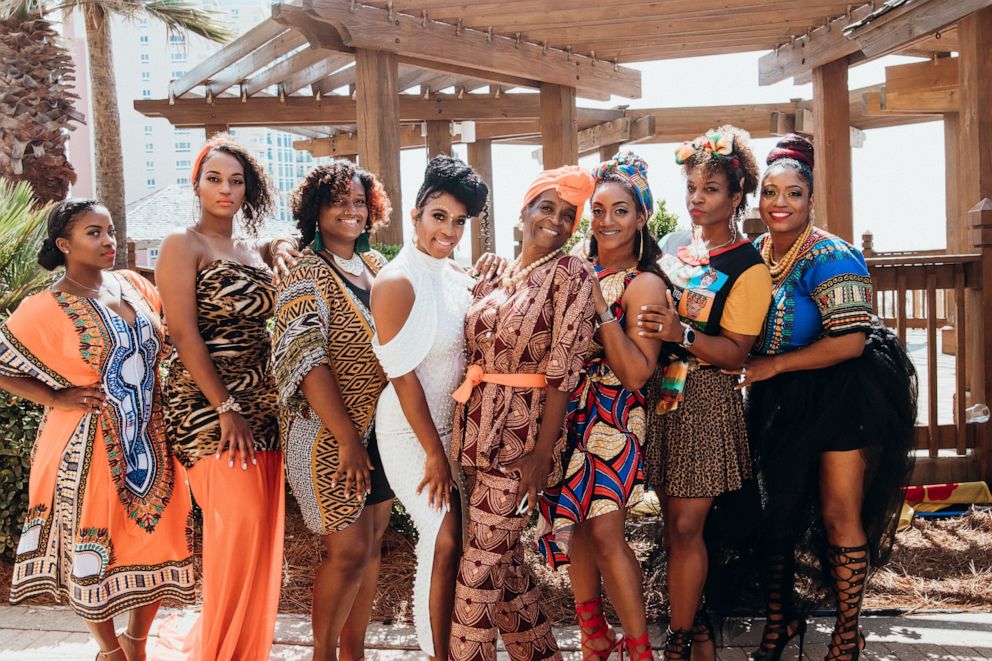 “I thought she was crazy, I said, ‘All you need is six … 12 at the most,’” Gary, who had 12 groomsmen, told ABC News. “I was actually hoping to have a small wedding, but she wanted everyone to be a part of it. She said she waited all her life for this moment, and she wanted everyone who was a part of her life to be there to celebrate and be involved.” 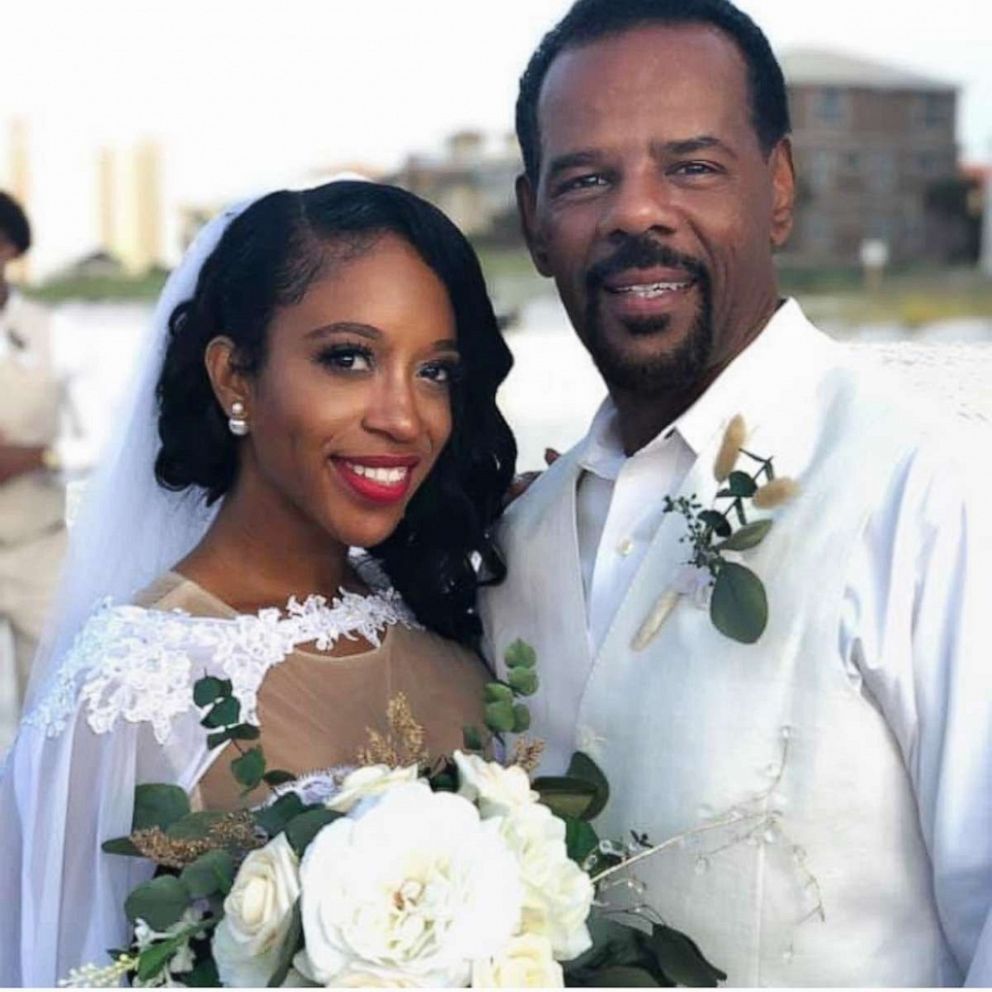 Overall, Casme and Gary Carter were glad to have her friends and family — especially all 34 of the bridesmaids — by her side during the wedding, which had about 100 guests.

“Everything went so smoothly. There was no drama or anything,” she said. “For me, this was like another Casme production.”