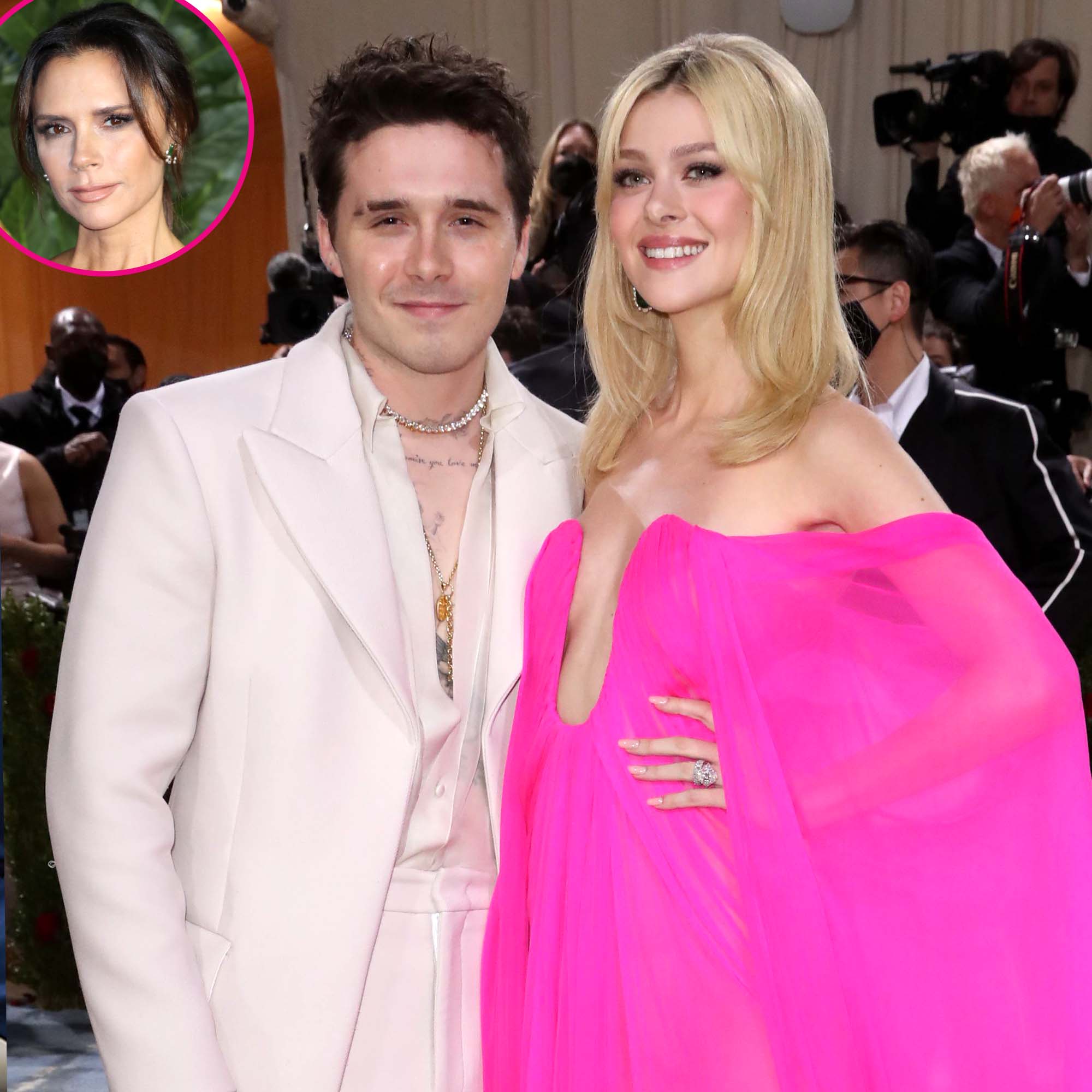 Clearing the air. Brooklyn Peltz Beckham and Nicola Peltz Beckham are finally addressing their rumored drama with his mother, Victoria Beckham — and they assert there’s no bad blood.

The couple tied the knot in April in Palm Beach, Florida, at the 27-year-old actress’ family home. When the bride opted not to wear a gown designed by the 48-year-old former Spice Girl, instead donning Valentino Haute Couture, speculation swirled that there was tension between the women. Nicola shed light on the decision in her husband’s cover story for Variety‘s 2022 Power of Young Hollywood series.

“I was going to and I really wanted to, and then a few months down the line, [Victoria] realized that her atelier couldn’t do it, so then I had to pick another dress,” the Bates Motel alum explained. “She didn’t say you can’t wear it; I didn’t say I didn’t want to wear it.”

According to the New York native, fans “ran with” the feud narrative to a surprising extent. Brooklyn, 23, was less fazed by the rumors after growing up in the spotlight. “They’re always going to try and put people down,” he told Variety of trolls. “But everyone gets along, which is good.”

While their relationship has been the subject of speculation, the pair aren’t letting the negativity get them down. “The thing that’s great about us is that we don’t need anything from each other. We’re just so in love,” Nicola gushed. “There’s nothing I need from him or he needs from me.”

The photographer, for his part, is already thinking about the duo’s next chapter. “I keep saying to my wife, ‘I can’t wait to be a dad,’” he said. “I’m ready to have kids, but I always tell my wife, ‘Whenever you want.’ She thinks we’re going to have a boy first.”

The U.K. native is the eldest son of Victoria and David Beckham, who have been married since 1999. Along with Brooklyn, the couple also share sons Romeo, 19, and Cruz, 17, and daughter Harper, 11.

Brooklyn and Nicola began dating in October 2019 and got engaged less than one year later. “I am the luckiest man in the world. I promise to be the best husband and the best daddy one day ❤️ I love you baby xx,” the model gushed via Instagram in July 2020 after he popped the question.

Despite rumors about his relationship causing tension between him and his parents, Brooklyn’s mother sang Nicola’s praises during a December 2020 talk show appearance. “She’s sweet, she’s kind, she’s such a lovely, warm, wonderful, wonderful woman,” Victoria said on Lorraine at the time. “We couldn’t have asked for Brooklyn to meet a more adorable, lovely lady. We are very happy. We love her. He’s so happy.”