Carolina Panthers offensive lineman Russell Okung is now the first NFL player to be paid in bitcoin, according to an announcement Tuesday from Okung and Strike, a mobile payments company. Okung will receive half of his $13 million salary in bitcoin.

The venture was made possible through Onkung’s partnership with Strike, which was founded by bitcoin startup Zap CEO Jack Mallers. He praised Okung’s decision on Twitter.

“Russel is a leader,” Mallers tweeted. “Getting #Bitcoin in exchange for your labor is much more than meets the eye. He is setting that example on a big stage.”

Coindesk, a news website specializing in digital currencies, said Okung will still be paid in government-issued currency but Strike will receive the direct deposit from the Panthers, turning the dollars into bitcoin. The money is then held in Okung’s cold storage wallet – a form of a digital wallet that is not connected to the internet and protects users from potential hacking.

Last year, Okung tweeted: “Pay me in Bitcoin.” On Tuesday, he quote-tweeted himself, saying: “Paid in Bitcoin.”

Over the last two seasons, the two-time Pro Bowler attempted to get his former team, the Los Angeles Chargers and his current team to pay his salary in bitcoin, the announcement said.

“Money is more than currency; it’s power,” Okung, 32, said in a statement. “The way money is handled from creation to dissemination is part of that power. Getting paid in Bitcoin is the 1st step of opting out of the corrupt, manipulated economy we all inhabit.”

While Okung may be the first known athlete to be paid in bitcoin, Mallers told Coindesk that other pro-athletes, including unidentified members of the Brooklyn Nets and New York Yankees, have begun “onboarding” to the program. Spencer Dinwiddie, a guard for the Nets, has been a vocal supporter of virtual currency. 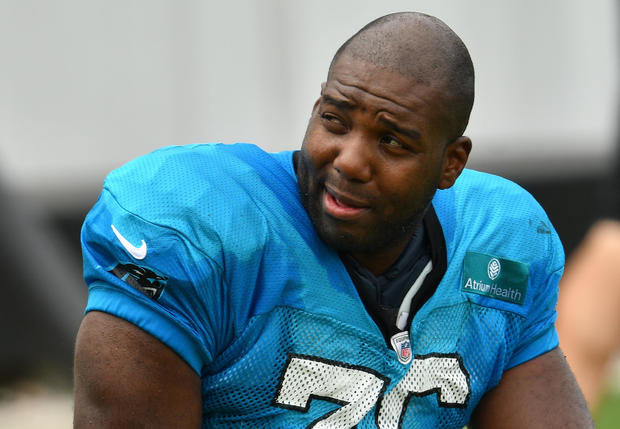 Like other instruments used to store value in times of uncertainty, bitcoin has benefited from the coronavirus pandemic that has pushed other commodities like gold, silver, platinum to multiyear highs. Only prices for bitcoin and other new cryptocurrencies have been far more volatile than prices for traditional commodities historically have been.