Chris Brown Confirms He Welcomed Baby No. 3 With Diamond Brown

A new bundle of joy! Chris Brown confirmed that he welcomed his third child earlier this year.

The “Kiss Kiss” singer, 32, shared a photo of daughter Lovely Symphani, now 3 months, via his Instagram Story on Friday, April 8. The Virginia native reposted the picture from the account of Lovely’s mother, Diamond Brown, adding a string of red heart emojis.

“I gave you life, but really, you gave me mine,” the model captioned the sweet snap of the little one on Thursday, April 7. “HAPPY 3 months my little firecracker!”

The Think Like a Man actor became a father in May 2014 when he welcomed daughter Royalty, now 7, with Nia Guzman. The O.C. alum also shares son Aeko, 2, with ex-girlfriend Ammika Harris.

The “Heat” crooner’s post on Friday was his first public acknowledgment of Lovely, but Diamond has shared several adorable photos of the tot since her January arrival. 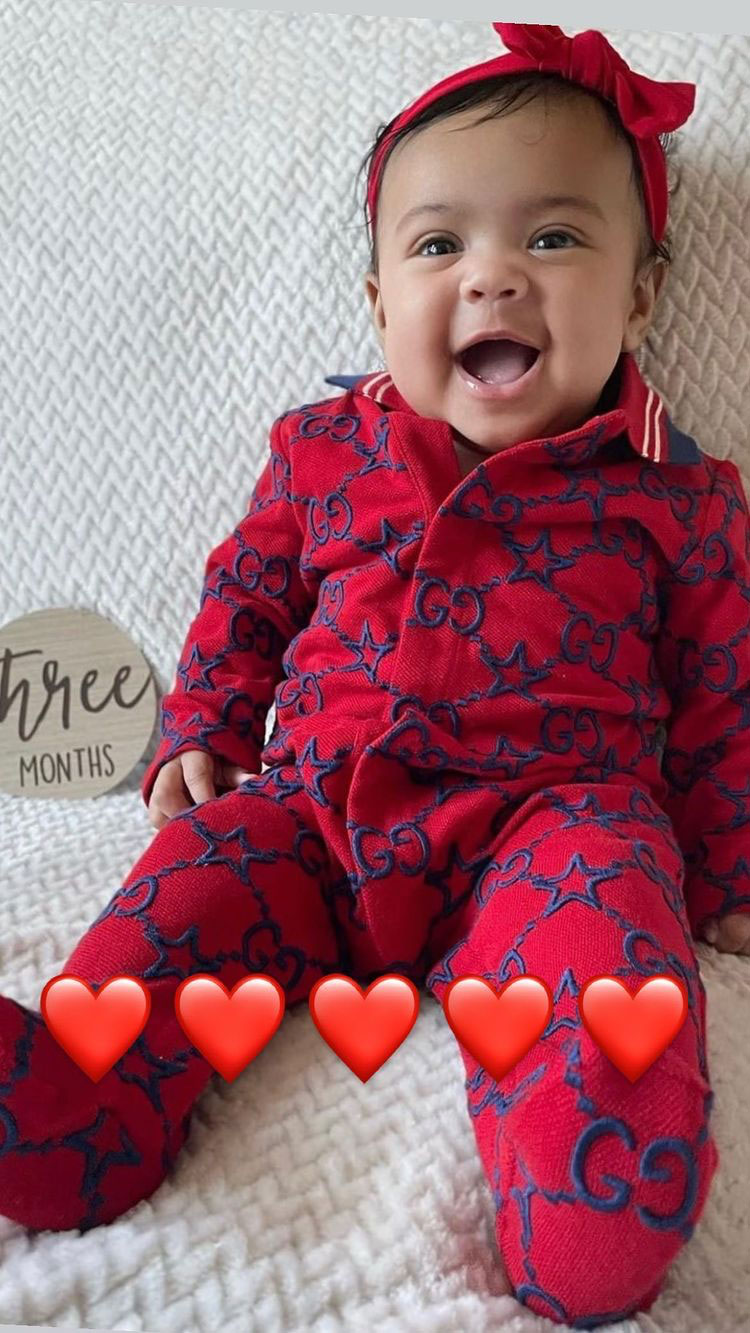 “The princess is here!” the influencer wrote via Instagram one day after her daughter’s birth. “My sweet babygirl, it’s been a whole day you’ve been in the world and have already shown me the true meaning of life. I promise to love and protect you always. Forever yours, mommy.”

One month later, she celebrated the infant’s first “birthday” with a photo of Lovely dressed in a cozy white suit, accessorized with a brown headband and matching socks. “You are my sun, my moon, and all of my stars,” Diamond wrote at the time. “Happy one month my beautiful babygirl.. forever to go.”

After becoming a dad for the first time, Chris opened up about how fatherhood had changed his life. “It’s actually great. It’s very humbling,” he told Ryan Seacrest in December 2015. “You know, it’s very calming. I think I was a lot, you know, rambunctious, very hyper as a kid, but now, seeing that 10 times over, my daughter’s kinda, like, mellowing me out.”

Earlier that year, the “Go Crazy” artist shared an Instagram photo of a sleeping Royalty with the caption, “I honestly never knew I could love someone as strong as I do. I’m gonna give her the world.”

In 2017, Chris explained that his eldest daughter understood he’s a celebrity even as a toddler. “She always tells my mom, ‘When can I go on stage with Daddy again?’” the R&B singer recalled during an October 2017 interview with Ebro in the Morning. “She’s by far the better half of me.”