Police swarmed accused abuser Marilyn Manson’s Los Angeles home for a welfare check late Wednesday — as witnesses also said they heard someone screaming that they “wanted to leave,” according to reports.

Several officers in at least four cruisers pulled up to the 52-year-old shock rocker’s Hollywood Hills home, with a chopper also flying overhead and shining a light on the grounds, according to TMZ.

The welfare check was requested by an alarmed friend who had spent several hours trying to contact the singer just days after a slew of women publicly accused him of abuse, the outlet said.

A witness outside the property also told officers that they “heard someone inside shouting that they wanted to leave,” video on TMZ shows.

“They wanted to leave, but someone wouldn’t let them leave,” the witness is heard saying in the clip.

The officers arrived around 6 p.m. and made repeated fruitless attempts to contact anyone inside the property. 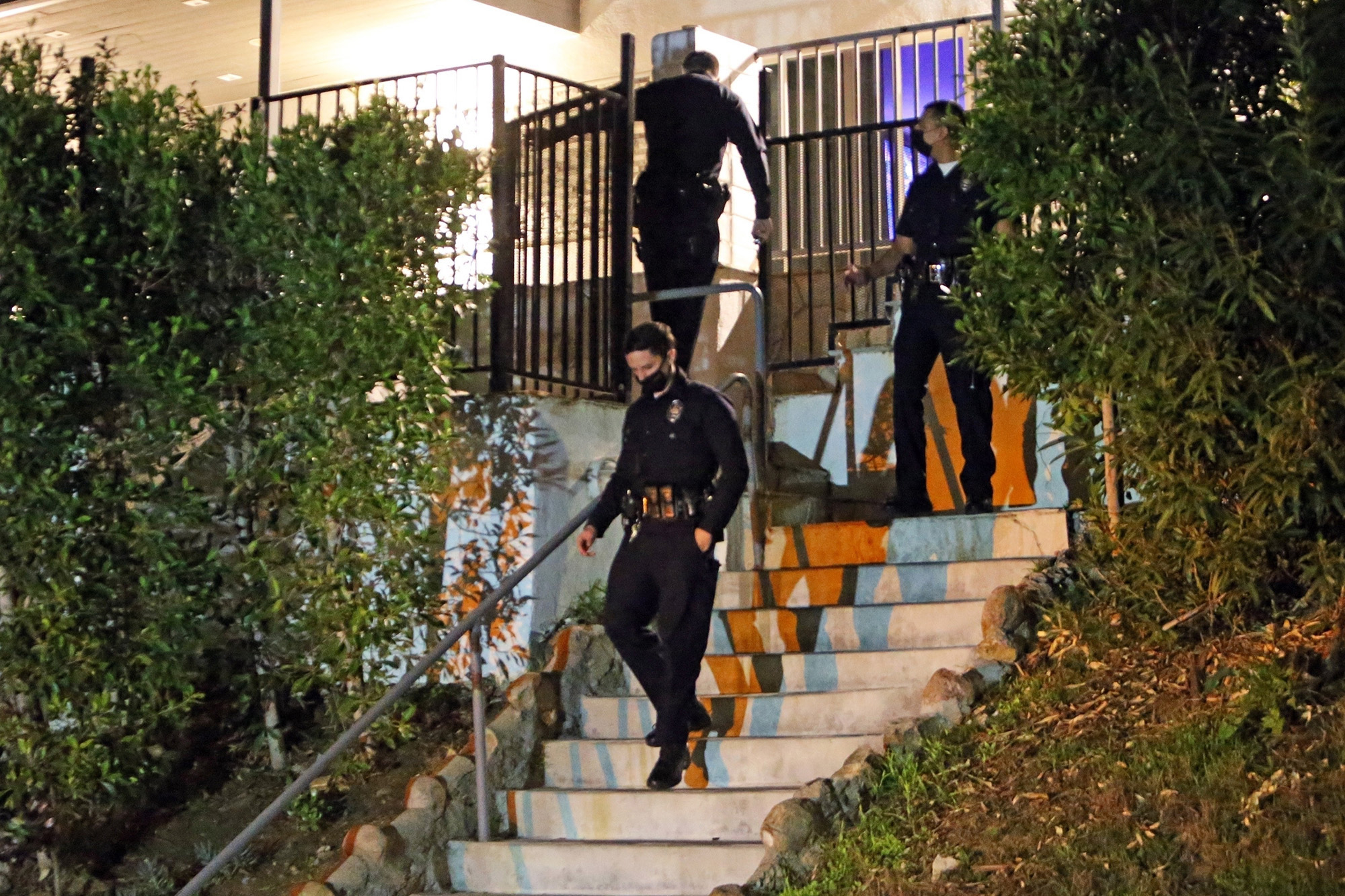 They returned around two hours later, and finally left after managing to contact a rep for the singer, TMZ said.

The rep assured officers that the under-fire star — real name Brian Warner — was fine and merely did not want to come out of the house, where several members of the media were waiting, the outlet said.

Another witness told the Sun that there had appeared to be a gathering outside his home. “No music but raised voices, and people in the garden just meters from the cops,” the witness said. 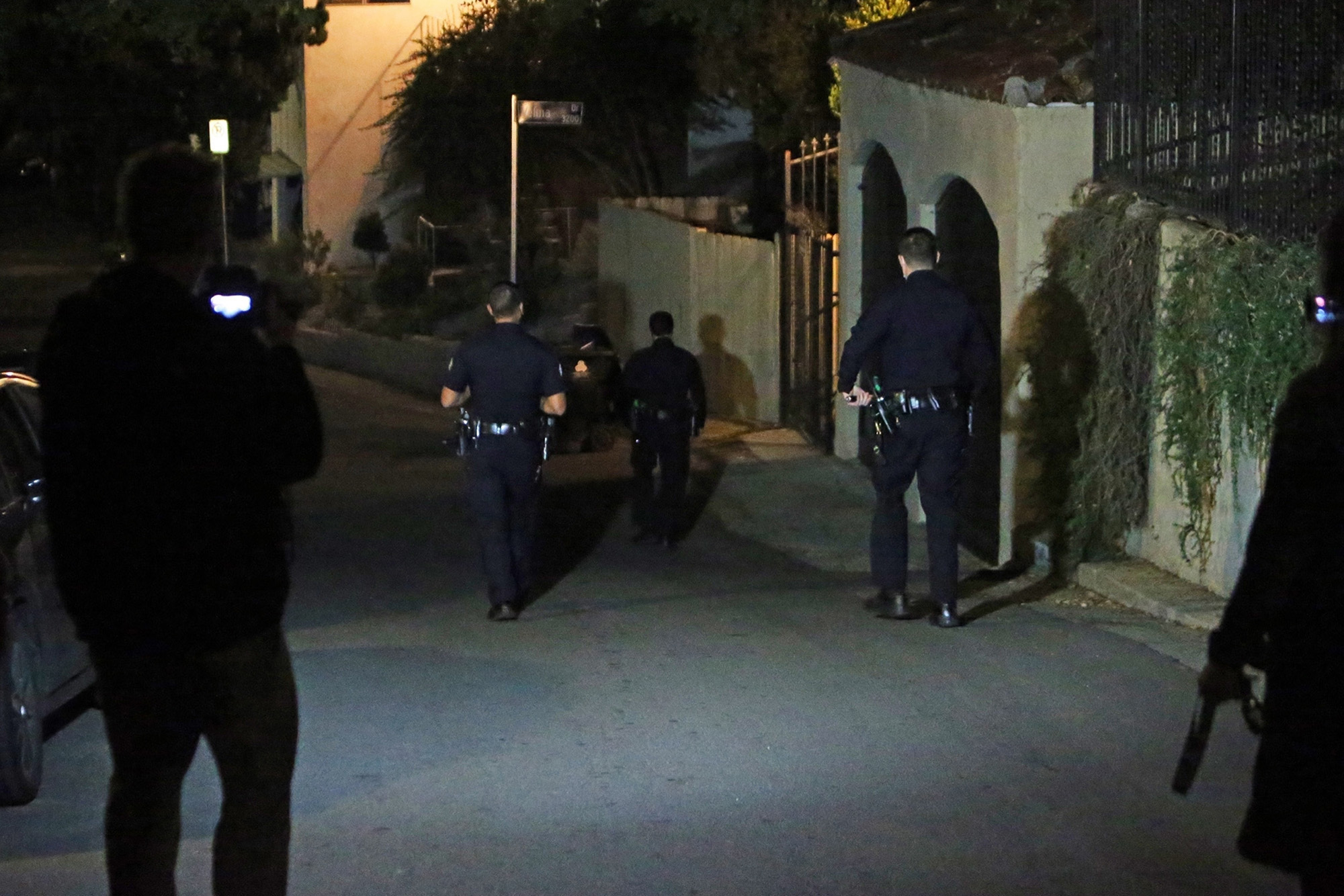 LAPD spokesman Officer Drake Madison told The Post that the wellness check “determined there was no evidence of any trouble.”

He added, “No report was taken.”

The welfare check came two days after Manson’s actress ex Evan Rachel Wood accused him of being the man who “horrifically abused” her for years.

“I was brainwashed and manipulated into submission,” the rocker’s former fiancee wrote in an Instagram post — leading to numerous other accusations against the singer.

Manson insisted that the accusations were “horrible distortions of reality.”

“My intimate relationships have always been consensual with like-minded partners. Regardless of how — and why — others are now choosing to misrepresent the past, that is the truth,” he wrote on Instagram.

His ex-wife, burlesque star Dita Von Teese, also spoke out on Wednesday, saying she needed time while “processing the news.”

While Von Teese said she had not been abused by Manson during their time together, she wished “strength” on the women who had come forward.

“Abuse of any kind has no place in any relationship. I urge those of you who have incurred abuse to take steps to heal and the strength to fully realize yourself,” she wrote.

“Please know that the details made public do not match my personal experience during our 7 years together as a couple. Had they, I would not have married him in December 2005,” she wrote on Instagram.

Instead of abuse, she said, she “left 12 months later due to infidelity and drug abuse.” 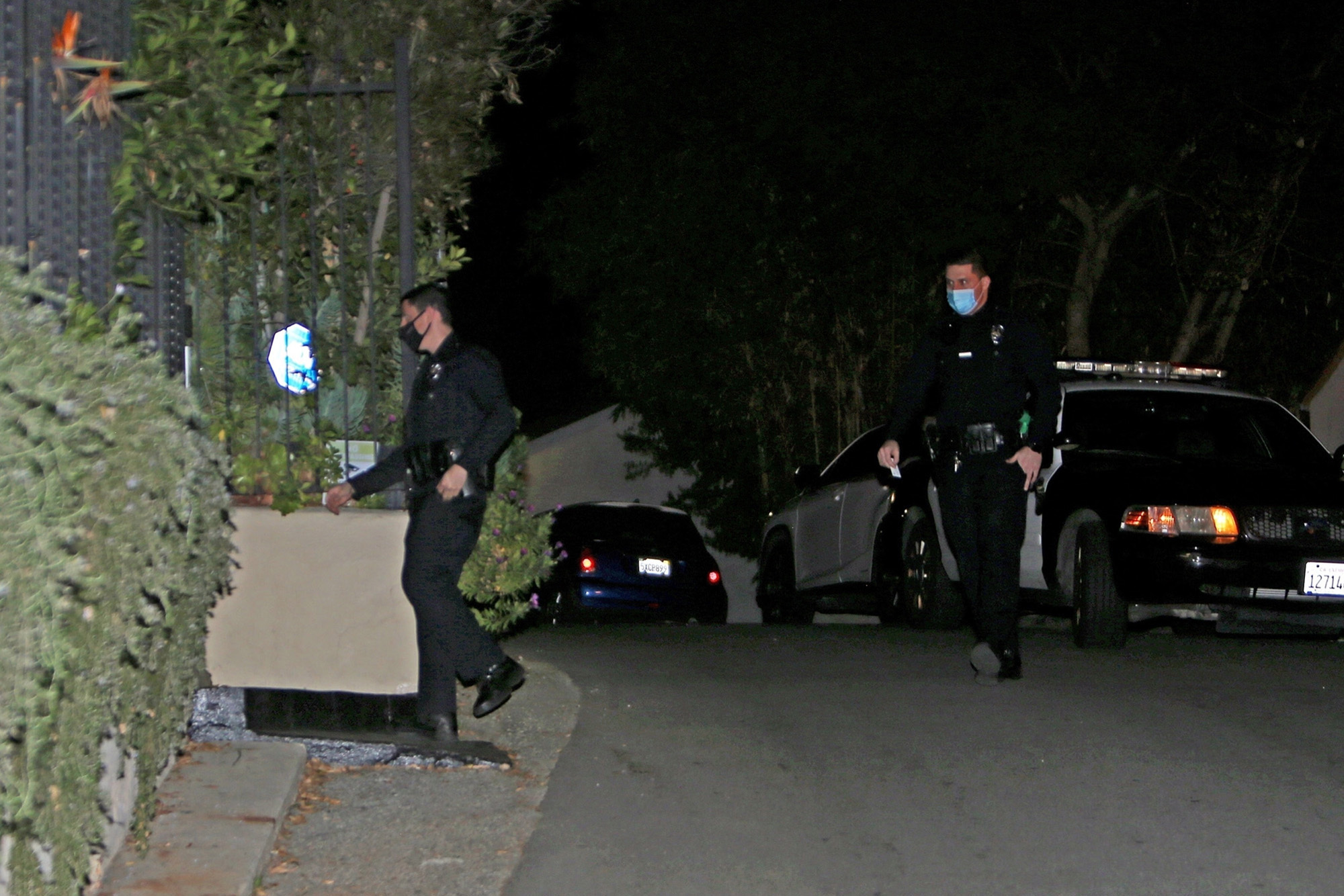