Finding purpose in your work amid the ‘Great Resignation’

Dr. Mark Shrime of the Harvard Medical School in Boston, Massachusetts — a longtime volunteer with the Mercy Ships mission as well — spoke to Fox News coanchor Dana Perino of “America’s Newsroom” on Tuesday morning, Jan. 25, 2022, about the topic of his intriguing new book, “Solving for Why: A Surgeon’s Journey to Discover the Transformative Power of Purpose.”

Among his key points: COVID has not just taken a toll on people, it’s also presented an opening for important reflection on what matters in life — and how we choose to spend our time. Shrime said we should “really question: What is it that I want to be doing for the rest of my life — what is my purpose for being here on this planet?”

In his case, spending between six and twelve weeks a year volunteering on Mercy Ships as a surgeon in sub-Saharan Africa and caring for the forgotten poor is non-negotiable for him. In order for anyone to keep a non-traditional commitment like this one, “it’s really important on the back end, when you’re back home, that you’re the most productive, most supportive [employee you can be].”

Born in Lebanon and raised in Texas, Shrime — in addition to his interview with Dana Perino on “America’s Newsroom” — also engaged with Fox News Digital in a Q&A by email on these and related topics.

Fox News Digital: Why do you believe that the notion of “solving for why” is so important, no matter who we are or where we are in life?

Dr. Mark G. Shrime: President Dwight Eisenhower described two kinds of problems during a speech in 1954 to the World Council of Churches: the urgent ones and the important ones. It’s easy for us to know what to do with non-urgent and unimportant problems: We let them slide. It’s also easy to know that we should attack urgent and important problems right away. 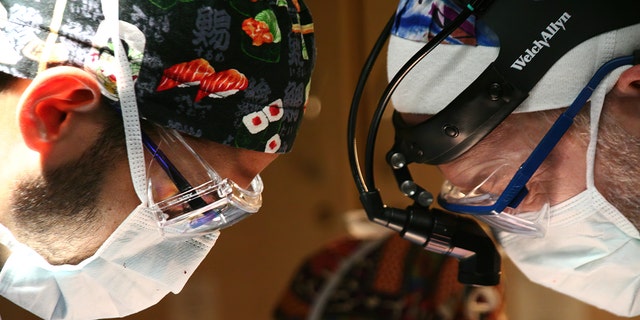 Dr. Mark Shrime, left, operates alongside Dr. Gary Parker, a mentor of his. Shrime, author of "Solving for Why" (Twelve Books), spoke to coanchor Dana Perino of "America’s Newsroom" on Tuesday, Jan. 25, 2022 and shared insights with Fox News Digital as well for how all of us can figure out "what’s really important" in our lives in 2022 and beyond.
(Ali Chandra)

Here’s the thing: We only get one shot at life. We get one shot at what we want to focus on. We can choose to spend that shot solving the urgent problems — checking off boxes, putting out fires — just because they’re urgent.

[But] solving for why asks us to make the other choice. To step back. To figure out what’s actually important to us. And to focus on that. Not because it takes away the box checking and the fires — but because, from inside our “why,” even those things take on real importance.

“The pandemic has been a reckoning, a realization that maybe we’ve been spending our time in pursuit of the urgent but unimportant … We know we need a change — we know we’re dissatisfied.”

Fox News Digital: So in your view, the COVID crisis has brought this into sharper focus for people?

Shrime: Absolutely. I had two audiences in mind for my book at first: people in their early-to-mid 20s, looking out on a future career; and people — like me — in their mid-to-late forties or early fifties going through a midlife transition.

The pandemic changed all that. We’re all going through a transition now.

The pandemic has made us face questions we’d hidden under the urgent box-checking. And we’re responding in dramatic ways. It’s been called the Great Quit, the Pandemic Flux, the Great Resignation. We’ve realized that we’re not actually living inside our “why.” More Americans quit their jobs at the end of 2021 — 4.5 million in November alone — than at any point in the last two decades. 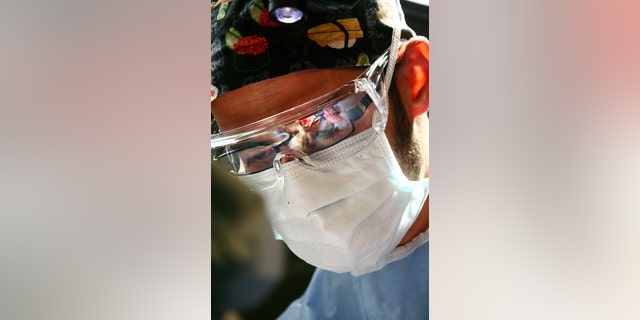 Dr. Mark Shrime is the author of "Solving for Why" (January 2022), which aims to help others understand and find happiness for themselves outside the status quo.
(Ali Chandra)

Shrime (cont’d): The pandemic has been a reckoning for a lot of us, a realization that maybe we’ve been spending our time in pursuit of the urgent but unimportant. The Great Resignation is evidence we know we need a change — we know we’re dissatisfied. We’re quitting in droves. We’re taking the first step in solving for “why,” leaving behind the moving sidewalk we’ve been on. I hope my book helps us decide where to land more wisely.

Fox News Digital: You urge people to “fall in love with failure.” That’s not a message we often hear. Why do you share this advice?

Shrime: We have such a tortured relationship with failure! You hear it all the time: “Keep your chin up, accept failure as a part of life, bear up under it, meditate through it.” The message is the same: Failure is a terrible but necessary thing. It’s like broccoli — gross but good for you.

To solve for why, we need to upend our relationship to failure. It’s not the thing we have to endure on the way to success. It’s not an unfortunate side effect. Failure is a sign of success. Failure does two things for us. 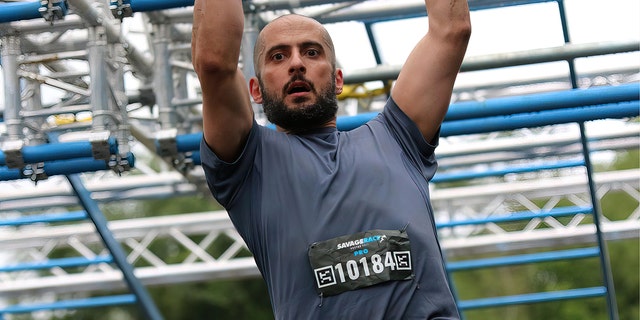 Surgeon Mark Shrime is also a competitive athlete. In a new interview, he explains why we must change our relationship with the notion of "failure."
(Courtesy Savage Race)

The moving sidewalk has such a sneaky allure, because it’s safe. We stay on it because, you know what? We’re pretty good at it. We’ve figured it out. A failure should make us stand up! Look at what we just tried! Yeah, it didn’t work — but we tried it anyway. And that’s huge!

The second thing that failure does is start to break the tyranny of the hope of results. Thomas Merton writes, “Do not depend on the hope of results. You may have to face the fact that your work will be apparently worthless and even achieve … results opposite to what you expect.”

“Do not depend on the hope of results” — that’s literally what everything in the American psyche trains us to do. Success is measured in results; therefore failure is the lack of results. We’re obsessed with outcomes, which takes us away from what we should be obsessed with: “As you get used to this idea,” Merton continues, “you start more and more to concentrate not on the results but on the value, the rightness, the truth of the work itself.” 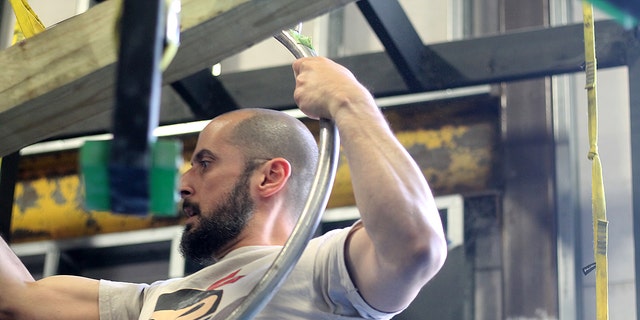 Dr. Mark Shrime during a ninja warrior competition in Boston. He’s the author of the new book, "Solving for Why," which shares, among other points, this series of questions that we should all ponder: "What am I good at? What does the world need? What do I love? And what can I be paid for?"
(Courtesy Michelle Furtado)

Shrime (cont’d): We shouldn’t just endure failure. We should woo it, court it. We won’t ever be willing to make the big leaps that solving for why requires without first having learned to love the freedom that failure gives us.

Fox News Digital: We can’t all pursue what we love, though, without thinking of practicalities — plenty of passions won’t pay the bills. How do you reconcile that?

Shrime: In my book I discuss ikigai, the idea that we thrive at the intersection of four questions: What am I good at? What does the world need? What do I love? And what can I be paid for?

Since there aren’t a lot of things that match all four questions, we’re sorely tempted to throw one or two of them away. Then we try to convince ourselves that we’re happy enough living with just the others. Often, the first thing we sacrifice is “What do I love?” 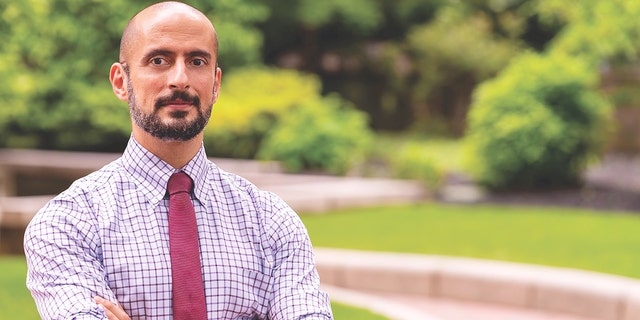 Shrime (cont’d): Solving for why doesn’t mean just sacrificing a different one. It doesn’t mean trading “what can I be paid for?” for “what do I love?” We’d still end up in the same place — unhappy, and trying to convince ourselves that we’re satisfied enough, we guess, with the others.

Instead, solving for why asks each of us to find all four: to find that thing that thrills our hearts, that we’re good at, that the world (or our family or our community) needs, and that we can be paid for.

Like many others, I’ve also had a tendency to forgo “What do I love” in favor of security, cachet, or financial stability. I’ve quietly created a hierarchy for myself: The path that gives me financial security is more important than the path that makes me come alive. I’ve elevated the path that I’m currently on over my purpose. Path over purpose never works.

Shrime (cont’d): The solution to that inverted hierarchy, though, isn’t to jettison financial stability! We do live more joyful, contented lives when we put purpose over path, then construct a path that fits our purpose — a path that allows us to do what we love, what the world needs, what we’re good at, and what we can be paid for.

One last thing on this: This [process] doesn’t happen overnight. And it doesn’t only happen once in our lives. Solving for why doesn’t mean magically finding that ikigai center and swan-diving right into it. It may mean — like it did for me — finding the answer to “what do I love?” and then doing nothing about it for years, because I was afraid. We solve for why in steps — in increments, always moving closer to that center.

Fox News Digital: You have a “Gary Parker rule” when it comes to making major decisions. Tell us what that is and why it matters.

Shrime: Dr. Gary Parker is one of my mentors. He’s an incredible surgeon who’s spent over three decades working with Mercy Ships. He’s also one of the wisest people I know.

He once told me that, when he faces a difficult decision, he looks thirty years down the line at the best possible outcome of each of his choices. And if one of the best possible outcomes makes him think, “meh,” then he knows it’s not the right choice for him. What a transgressive way of making decisions! It’s risky as heck. And it goes against everything we’ve been taught to do.

To learn more about Dr. Mark Shrime, watch the video at the top of this article, or click here to access it.