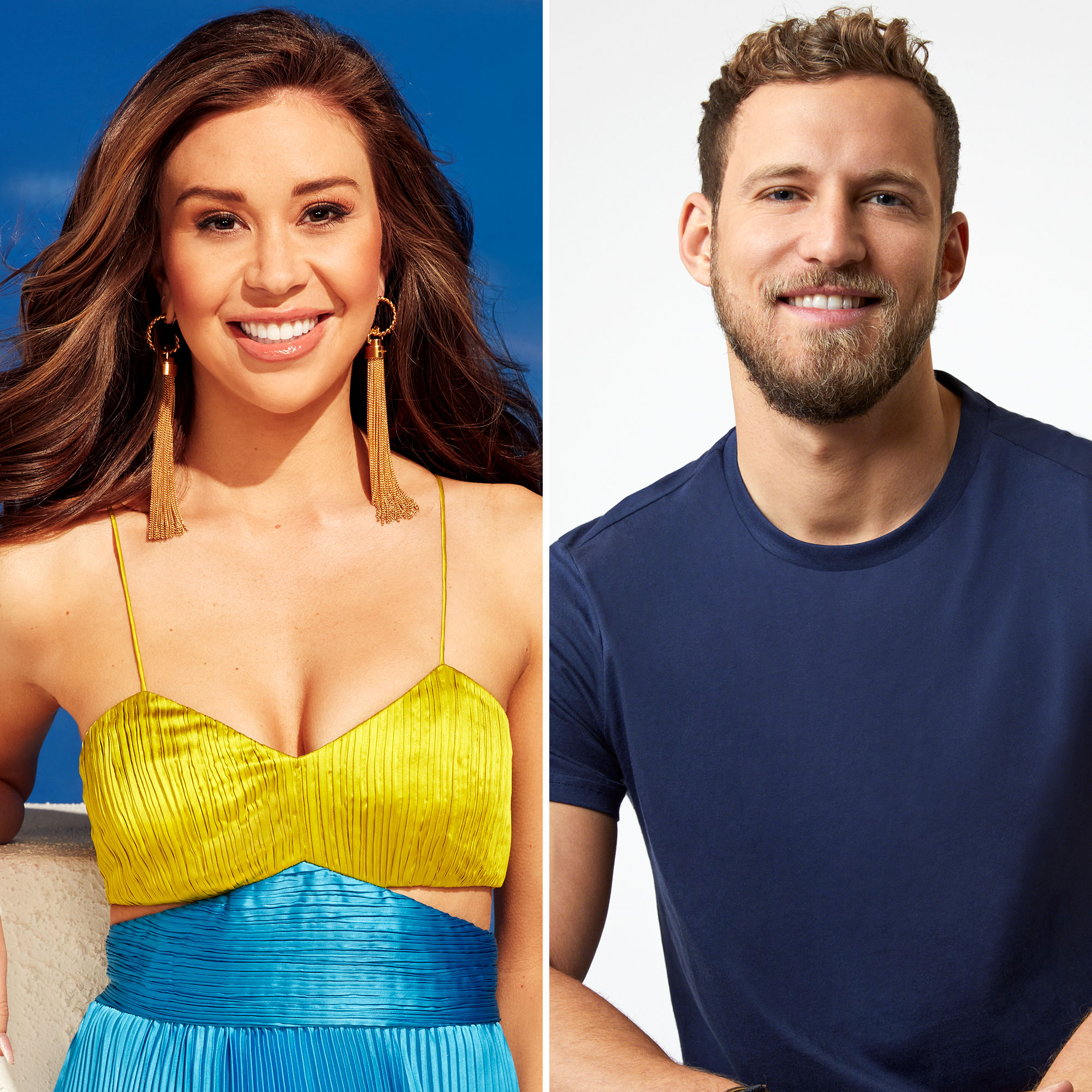 It seems Erich Schwer is already in the hot seat before After the Final Rose. A former flame of Gabby Windey’s Bachelorette finalist has leaked alleged text messages suggesting that he didn’t go on the show for the right reasons.

The Instagram account @BachelorNation.Scoop shared screenshots of alleged messages between Erich and Amanda Kaylor from earlier this year and photos of their relationship. According to Reality Steve, who reported he spoke with Amanda via the phone, the twosome met on Hinge and dated from January to March until he informed her that he was going on the show.

“I know this isn’t ideal, I wanted to do this to see if there was something else I could do with my life. I really like you Amanda,” he allegedly texted her on March 10. “I didn’t think it would be a big deal but I understand how you feel, I’m sorry and I understand if you don’t want to see me anymore.”

Exes Who Have Shown Up Uninvited on ‘The Bachelor’

When she responded, “You just expected me to continue dating you while you go on a reality show to ‘find love,’” Erich allegedly replied, “It isn’t real, but you’re right. I am sorry I really didn’t think this all through. … I didn’t realize the implications. I am sorry I thought we could get on the same page about this. I really didn’t mean for this to hurt you.”

Us Weekly has reached out to Erich (via ABC) and Amanda for comment. The New Jersey native is Gabby’s only remaining suitor, with fans waiting for the Tuesday, September 20, finale to find out if they got engaged — and if they are still together.

In another alleged exchange, Erich told Amanda that he was “miserable” because he felt “stuck in my career path” and wanted a change, which is why he signed on for The Bachelorette. On March 22, shortly before he left for filming, he allegedly sent her flowers to make her “smile.” Reality Steve reports that he included a note which read: “I’ll never stop thinking of you.”

‘Bachelor’ and ‘Bachelorette’ Contestants Who Allegedly Lied About Their Pasts

It appears that Erich did not contact Amanda again until July — the same month The Bachelorette premiered. (Production typically wraps in May.)

“I am so sorry Amanda, what I did was terrible. I don’t expect you to ever forgive me,” he allegedly wrote on July 10. “I just want you to know I think about you all the time and you really deserve the best. I won’t ever forgive myself I hope you find happiness and everything you deserve.”

Erich has yet to publicly address the allegations. He previously apologized when a photo resurfaced of him in Blackface from his high school yearbook.

“I wholeheartedly apologize for the insensitive photo of me in Blackface from my high school yearbook that has been circulating,” he wrote on September 8 via Instagram. “What I thought at the time was a representation of my love for Jimi Hendrix, was nothing but ignorance. I was naïve to the hurtful implications of my actions to the Black community and those closest to me, and will forever regret my offensive and damaging behavior. I am deeply ashamed by my actions and understand that my apology is only the first step in taking accountability.”

Part two of The Bachelorette finale airs on Tuesday, September 20, at 8 p.m. ET.