The hard man of Australian politics did what he could on Thursday night to tell voters he was more than a conservative warrior with a mission on border control and defence.

And he tried to tell his Liberal colleagues he could rebuild a shattered party and win back some middle ground at the next election. 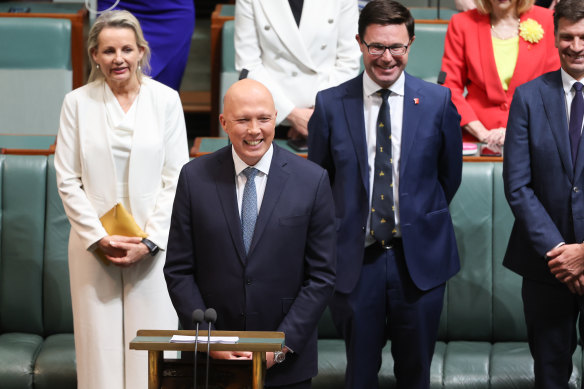 That is a jarring message for those who know Dutton as the man who joked about sea level rise in the Pacific Islands, questioned the settlement of Lebanese Muslims in the 1970s and boycotted the apology to the Stolen Generation in 2007.

It will take more than a budget reply speech to bury Dutton’s history as a conservative head-kicker but the new message and new tone is essential if he is to make any ground against Anthony Albanese when the prime minister has soared in the polls.

The Coalition used to present itself as the safe choice and Labor as the risk, but Dutton is wedged in a screeching U-turn in Australian politics. Voters are comfortable with Albanese, who leads by 53 to 18 per cent as preferred prime minister in the latest Resolve Political Monitor. Voters see Labor as the safer choice on the economy, national security and more.

Dutton attacked Albanese for breaking election promises on energy bills, as expected, but this was only part of his budget reply speech.

He also tried to tell Australians – those who were watching, at least – about his family life as the son of a bricklayer and a secretary and his work after school in a butcher shop.

“Scrubbing floors, washing up, and serving on the counter was tough work,” he said. “I saved like crazy. One of my proudest achievements was buying my first home at 19 years old. It was nothing flash at $90,000. But it was mine.”

Dutton is wealthy today and has a property portfolio estimated to be worth millions of dollars, but he knows a personal narrative is essential in politics. And he has a different story to his Labor opponents, starting with his decision to become a Queensland policeman at 19. 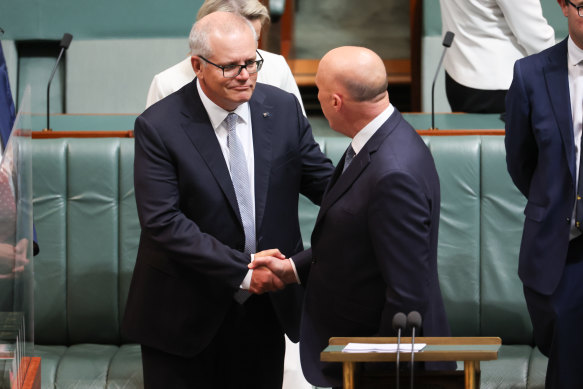 Dutton will mark 21 years in federal Parliament two weeks from now, at the anniversary of the 2001 election: a pivotal moment when the September 11 attacks and the Tampa asylum seekers shifted the debate on national security and border control.

He came to Parliament as a conservative who never took a backward step. Some of that came through in his budget reply speech: every problem was Labor’s fault and there was no admission of error in the electorate’s rejection of the Coalition in May.

In a speech that required him to take a stance on the Coalition legacy in power, he made sure to back former prime minister Scott Morrison and former treasurer Josh Frydenberg on their record.

Dutton and the Liberals have a long way to go in restoring their political fortunes, especially in teal seats where independent MPs have swept into parliament by being progressive on climate change and social issues without rocking the boat on economic policy.

The new Liberal leader had to make a start in appealing to the voters who rejected the Liberals five months ago. He backed more spending on childcare and new measures to stop violence against women. He highlighted his support for Yazidi refugees by reminding parliament he had authorised 4000 arrivals from Iraq as home affairs minister.

His mention of Indigenous culture, however, was so fleeting it was tokenistic. One of the big questions about Dutton is whether he can bring himself, and his party, to take a bipartisan approach to the Indigenous Voice.

Will Australians warm to Dutton? His budget reply was a start in trying to make that happen. But only a small start.