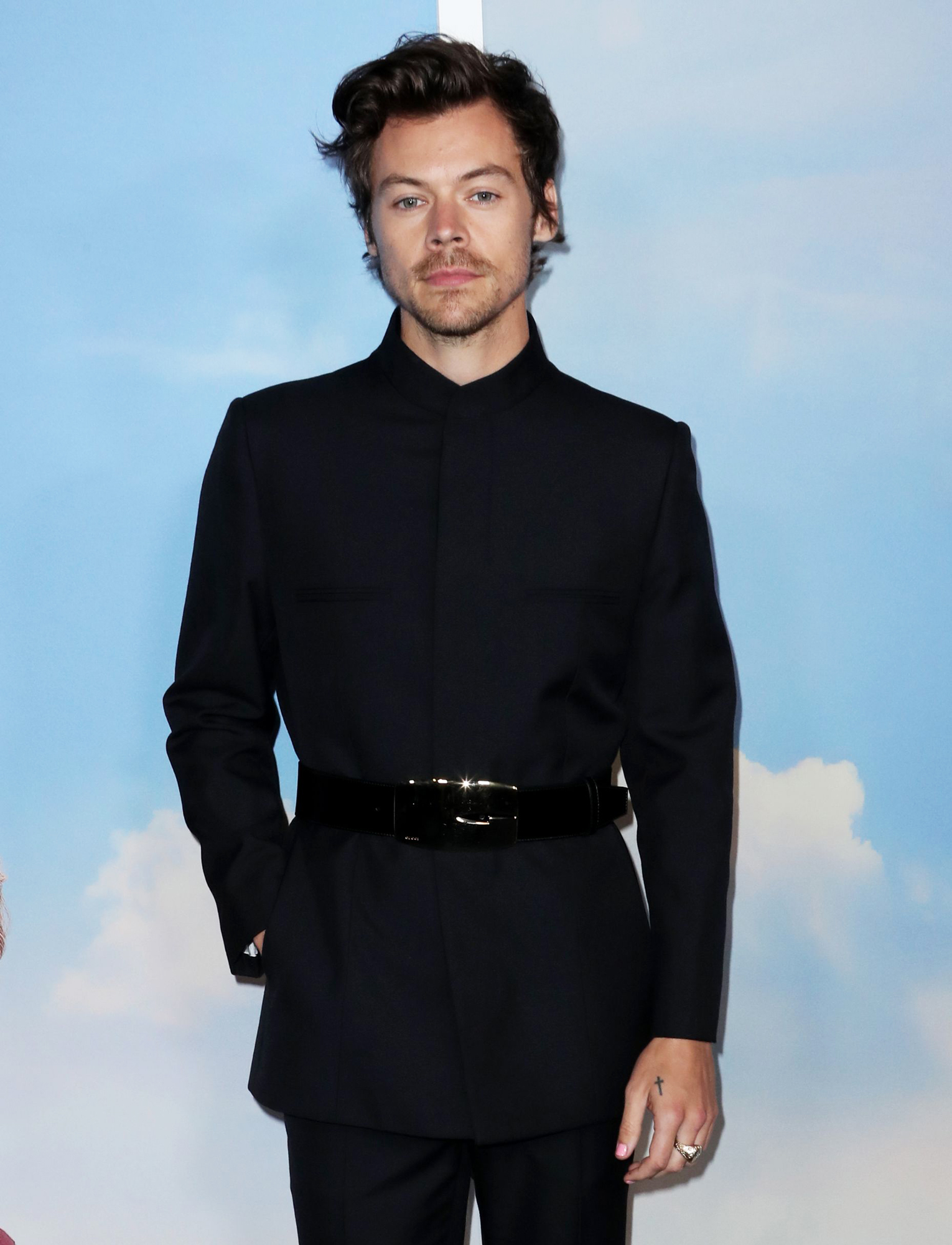 Harry Styles Through the Years: From One Direction Heartthrob to Glam Rock God

For the event, which took place in Los Angeles on Tuesday, November 1, the “As It Was” crooner, 28, looked dapper in a look by Gucci. The ensemble took inspiration from his onscreen character — a policeman named Tom Burgess — as it featured a formal mandarin-collared jacket that was belted at the waist. Styles paired the piece with matching tailored trousers and a pair of glossy black loafers. (Gucci was known for the style, showcasing several iterations of the design in the ’80s.)

Styles is a longtime wearer of Gucci — sporting a variety of items from the brand during his Love On Tour shows — and has starred in many campaigns for the Italian fashion house. In October, Styles and the luxury label launched an in-store collaboration titled Ha Ha Ha.

The collection is reminiscent of the musician’s signature style as it includes pieces like pajama sets, camp collar shirts and T-shirts — all covered in vibrant and retro patterns.

“When I first met Harry, he had just ventured into his solo career, and I had just started at Gucci,” designer Alessandro Michele told Vogue in June. “He had chosen an outfit for one of his appearances and asked to see me … I was ready to be dismissive because I thought he was some sort of upcoming singer from a boy band, and I didn’t have time for that. But then he came to the meeting dressed in a fabulous fake fur coat and I just loved it. I changed my mind in an instant. That’s how our friendship started … His repertoire is vast, he has an interesting idea of sexy, and he’s extremely articulate and aware in his eclectic approach.” 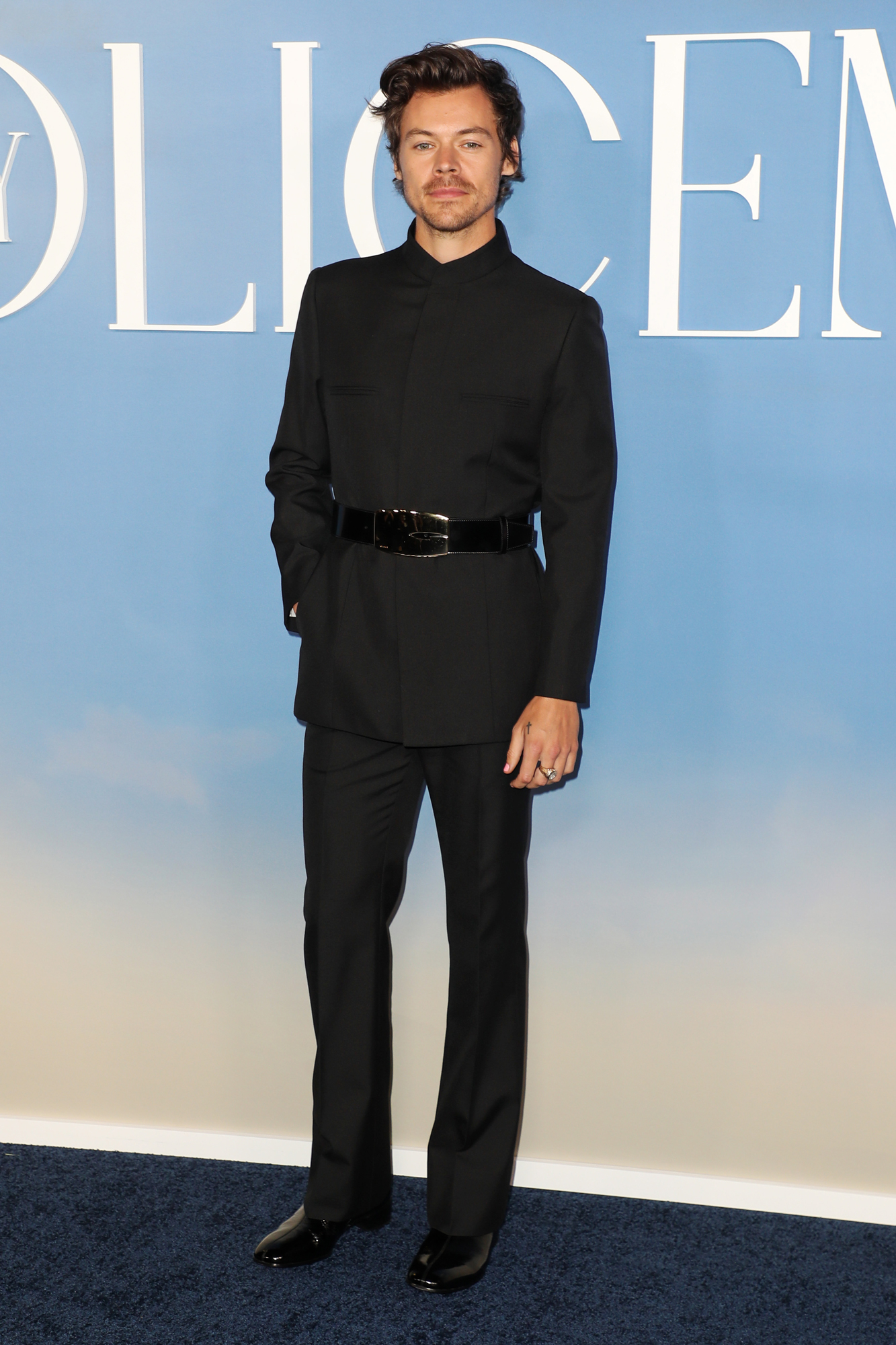 Styles is just as committed to his work in film. In My Policeman, Styles’ Tom falls in love with a schoolteacher named Marion Taylor (Emma Corrin) in the 1950s. Their relationship takes a turn, however, when Tom embarks on an affair with a man named Patrick (David Dawson).

About Last Night: See the Best Dressed Stars on the Red Carpet and Beyond

My Policeman premieres on Amazon Prime Video on November 4.