Home » Lifestyle » How to use your Easter chocolate to make a VERY tasty dessert:

How to use your Easter chocolate to make a VERY tasty dessert:

An Australian foodie has revealed how to take your Easter chocolate to the next level – by filling it with delicious custard.

The young woman behind the viral Monmackfood account showed off her newest recipe just in time for Easter.

In the video she shows people how to upgrade their hollow Easter eggs and Easter bunnies. 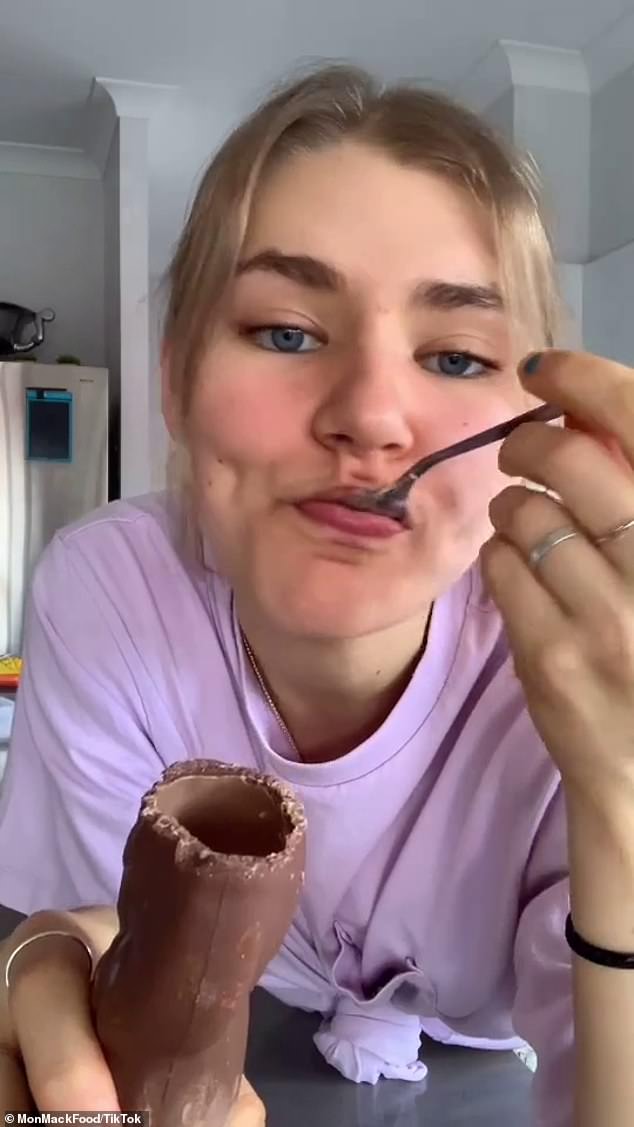 The young woman behind the viral monmackfood account showed off her newest recipe just in time for Easter.

The video starts with the young woman unwrapping the top of her chocolate and melting a small hole in the top with a hot metal skewer.

Then she puts it aside to make the custard mixture, adding some gelatin to a few teaspoons of milk, letting it ‘bloom’ in the microwave before adding custard.

She then added the custard mixture to a squeeze bottle to make it easy to squirt into her custard mould.

She then let the chocolate set in the fridge for six hours before unwrapping the foil and breaking into the chocolate to reveal the firm custard centre.

But her fans noticed something didn’t quite add up in the video, the young woman used a hollow Santa left over from Christmas to demonstrate the dessert hack.

‘Is no one going to talk about the Christmas chocolate at Easter,’ one teased. 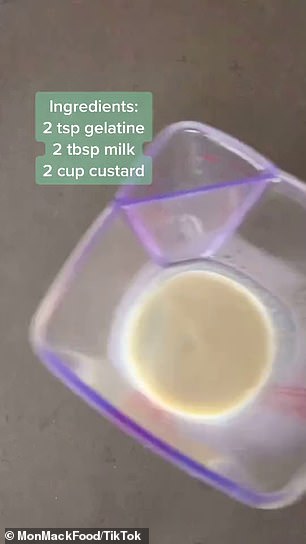 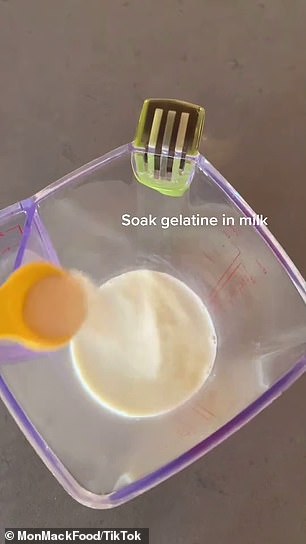 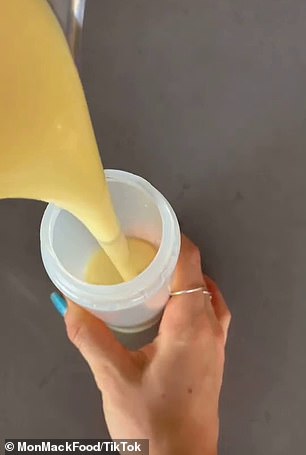 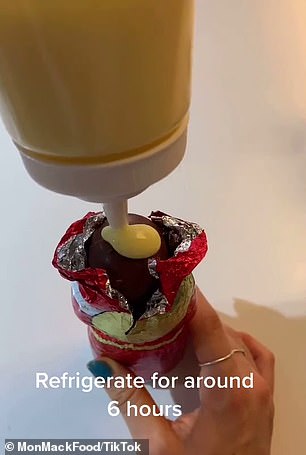 ‘How has chocolate survived in your house for four months,’ said another.

However most thanked her for sharing the recipe.

‘Thank you for imparting your whimsical culinary wisdom,’ one woman said.

‘I just did this and it tastes so good,’ one keen cook said.

Others said they stuff their leftover chocolate too.

‘I use banana mousse in mine and it is so good,’ one woman said. 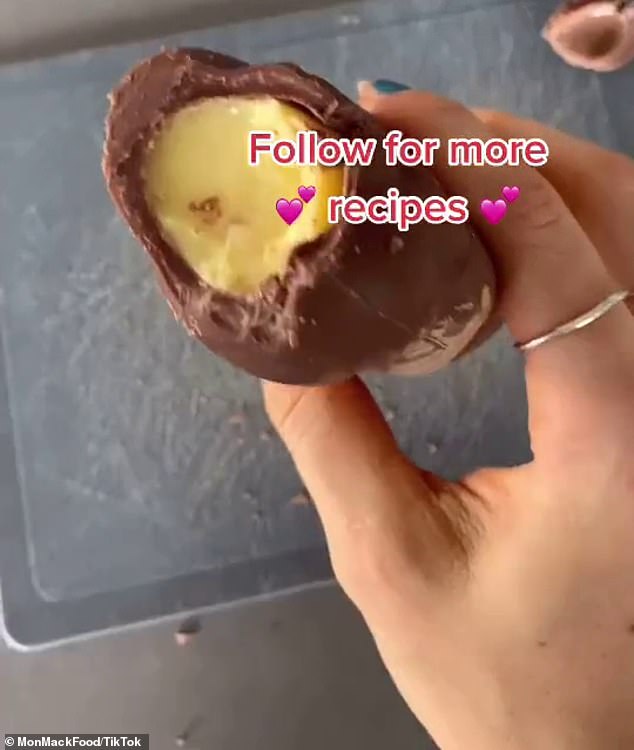 The home cook also added some helpful tips for her followers in the comments.

‘If you don’t have a blow torch heat the skewer over the stove,’ she said.

Some people were not on board with the recipe, calling it too much effort and also turning their nose up at her use of gelatin.

The foodie has over 120k followers on TikTok  after a few of her early recipes went viral.

How can I make custard-filled chocolate bunnies?

A hollow egg or bunny

Take your Easter chocolate and pierce a hole in the top using a hot metal skewer. Don’t remove the foil in this step, just move it to the side.

Set the chocolate aside and make the custard mix. Combine the gelatin and milk. Let the gelatin bloom by heating it in the microwave.

Mix the custard with the gelatin mixture and then place into a squeeze bottle.

Use the bottle to fill the egg or bunny.

Allow the bunny to set in the fridge overnight.

chocola, easter, How, to, use, Your
World News