Foreign Affairs Minister Penny Wong has revealed she is still triggered by bigotry as she backs a parliamentary push to condemn racist speech.

Labor’s leader in the Senate made an emotional speech as she supported a motion introduced by the Greens’ Mehreen Faruqi to censure One Nation’s Pauline Hanson for tweeting that Faruqi should “piss off back to Pakistan”. 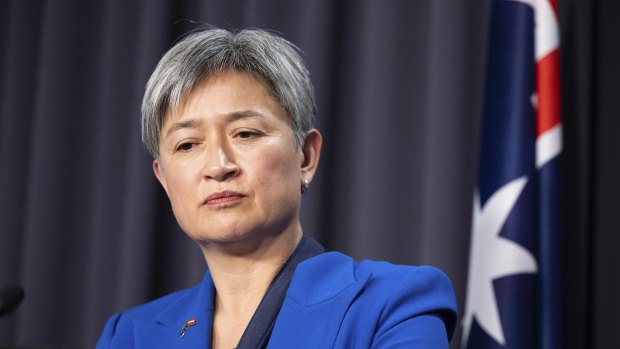 Hanson attacked Faruqi after the Greens senator tweeted that she could not mourn the death of the Queen, “the leader of a racist empire built on stolen lives, land and wealth of colonised peoples”.

Wong told the Senate that she condemned Hanson’s comments without reservation.

“I think they’re appalling, and they’re comments that have been levelled at me countless times since I arrived in this country, and I remember getting them as a kid in the schoolyard,” said Wong, who was born in Malaysia.

“Can I say to Senator Faruqi, we on this side do understand your grievance at the comment and we understand why you are calling out such behaviour, and I pick up something that Senator Faruqi said in her contribution about how triggering this is.

“It’s true, it is. It’s triggering each time you hear it. I’m the Senate leader, I still get triggered, and I wonder how it is for kids in the schoolyard who get the same thing.”

Wong repeated part of the wording of her first speech to parliament in 2002: “How long do you have to be here and how much do you have to love this country before you’re accepted? How long?”

Faruqi said censuring Hanson was the “bare minimum” parliament should be doing. “We’ve got to name and shame racism … it is a symbolic but important step that everyone in this place can take to make clear that we condemn racism in all its forms, shapes and sizes.”

Hanson said she had not behaved in a racist way, refusing to retract her comment, and offered to take Faruqi “to the airport”.

The Senate passed an amended form of the motion in which it decided against specifically censuring Hanson and instead called on all senators “to engage in debates and commentary respectfully, and to refrain from inflammatory and divisive comments, both inside and outside the chamber at all
times”.