Hanna penned an op-ed for The Guardian, published Thursday, to clear the air after a video of her appearing to snub Middleton went viral, though she also took the opportunity to advocate for change within the royal family.

“Much fuss has been made of my supposed snub of the Duchess of Cambridge because of a two-second manipulated clip taken out of context,” Hanna wrote. “I have nothing but respect for Catherine as a person, and I treated her with that respect and cordiality, as evidenced by many other photos and videos of our interaction.”

In the video, Middleton, 40, is seen smiling while chatting with Hanna, 46, before the Member of Parliament seems to look away with a stoic face. The duchess then stares ahead with a much less jovial expression than she had seconds prior. The exchange occurred Tuesday in Jamaica during Middleton and Prince William’s royal tour of the Caribbean. 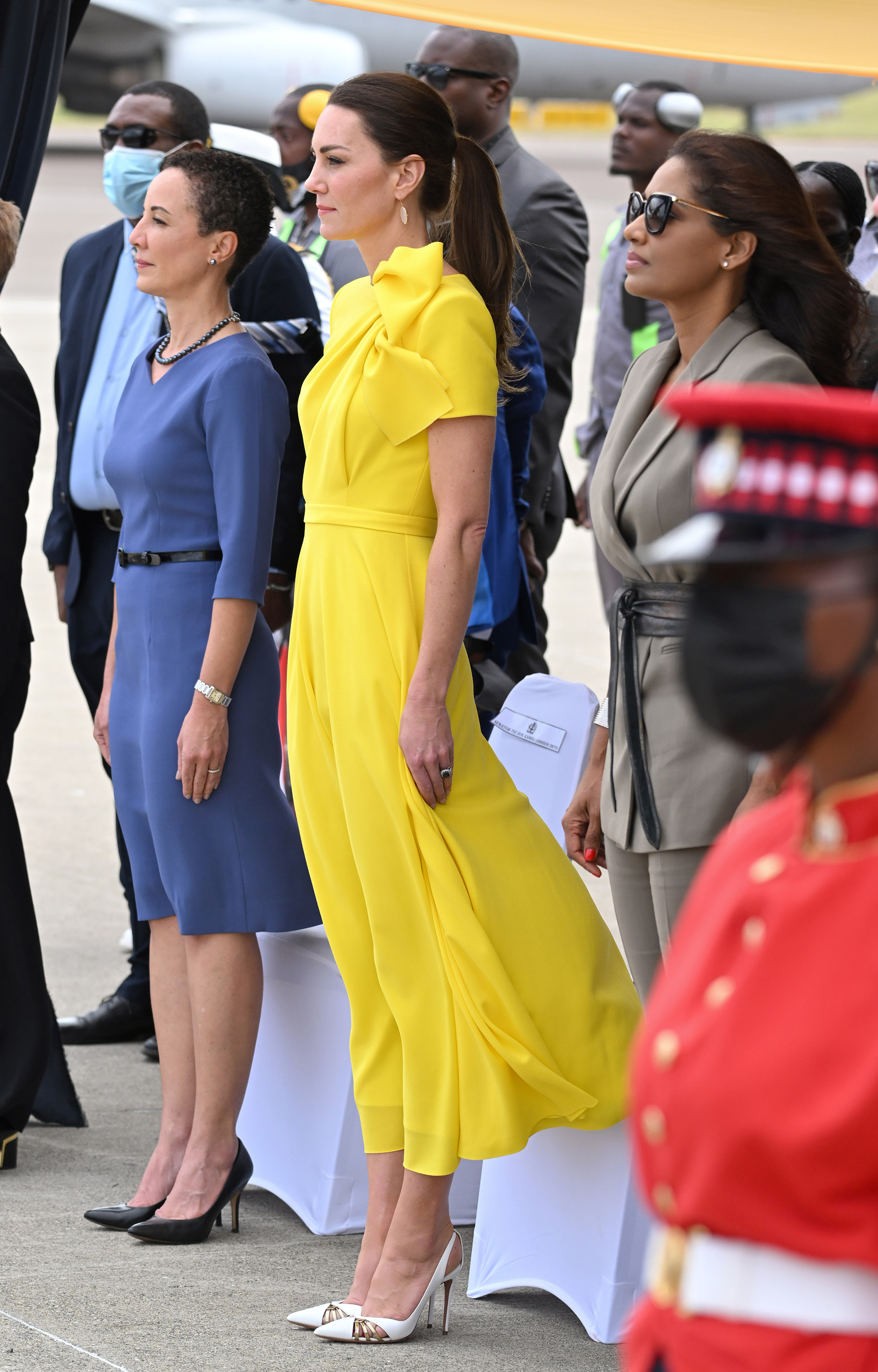 “I do not have any quarrel with the duchess herself, the people of the United Kingdom or the government,” Hanna insisted in her op-ed.

But the former beauty queen, who was crowned Miss World 1993, also made sure to call out the British monarchy for its historical links to slavery and doing little to make up for it. 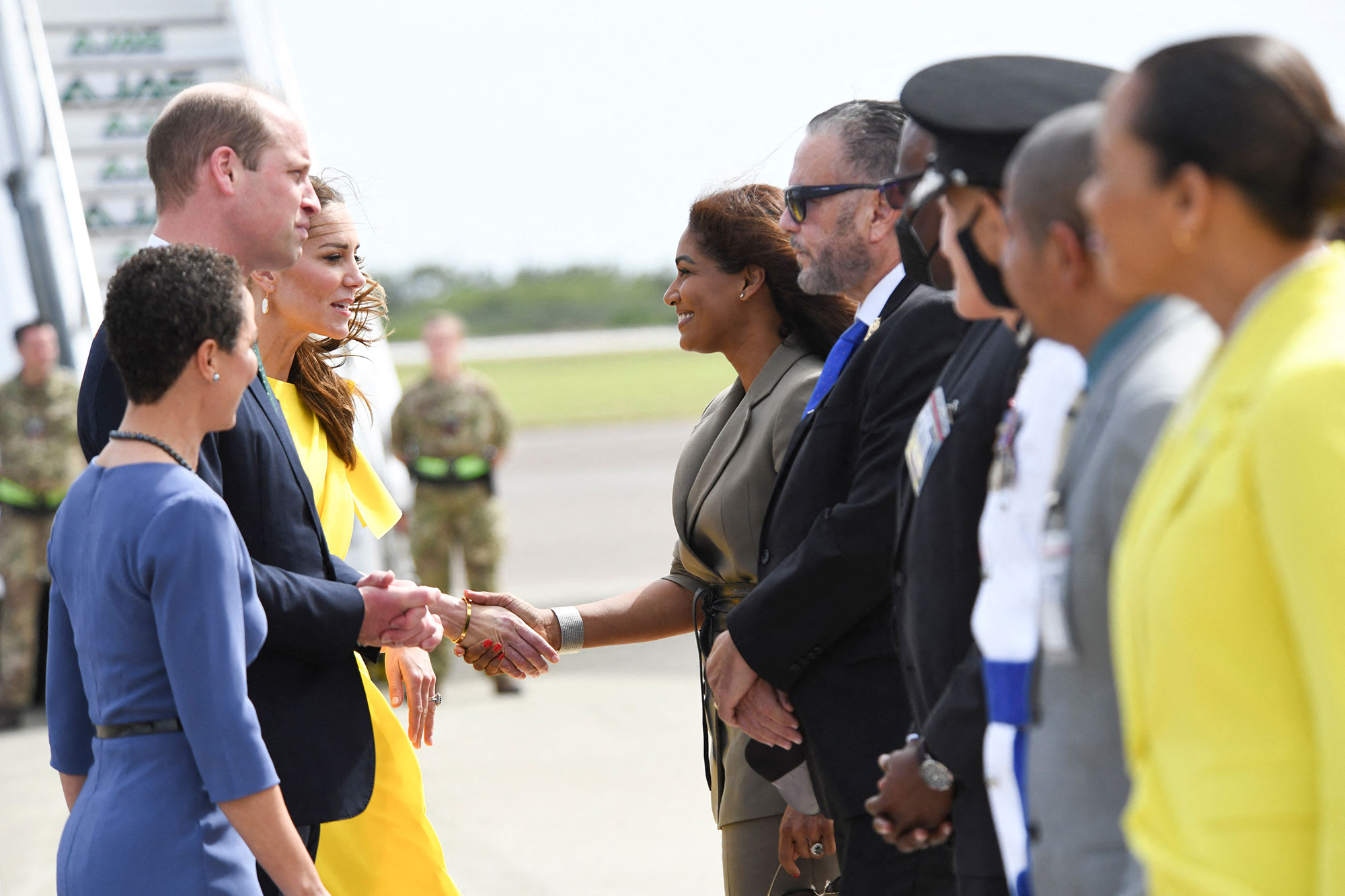 “Indeed, the Duke and Duchess of Cambridge have a unique opportunity to define their own issues and advocacy. It is my hope that this Caribbean visit will stir their emotions and their thoughts, and that as they ascend they will refine the monarchy’s perspective with an eye toward building a fairer and more just global society.”

Hanna specifically called out Prince Charles and William, 39, for condemning slavery but taking no real action, saying they are not “particularly bold” and that she hopes the Duke of Cambridge’s tour of Jamaica opens the door on the issue of “reparations and justice.” 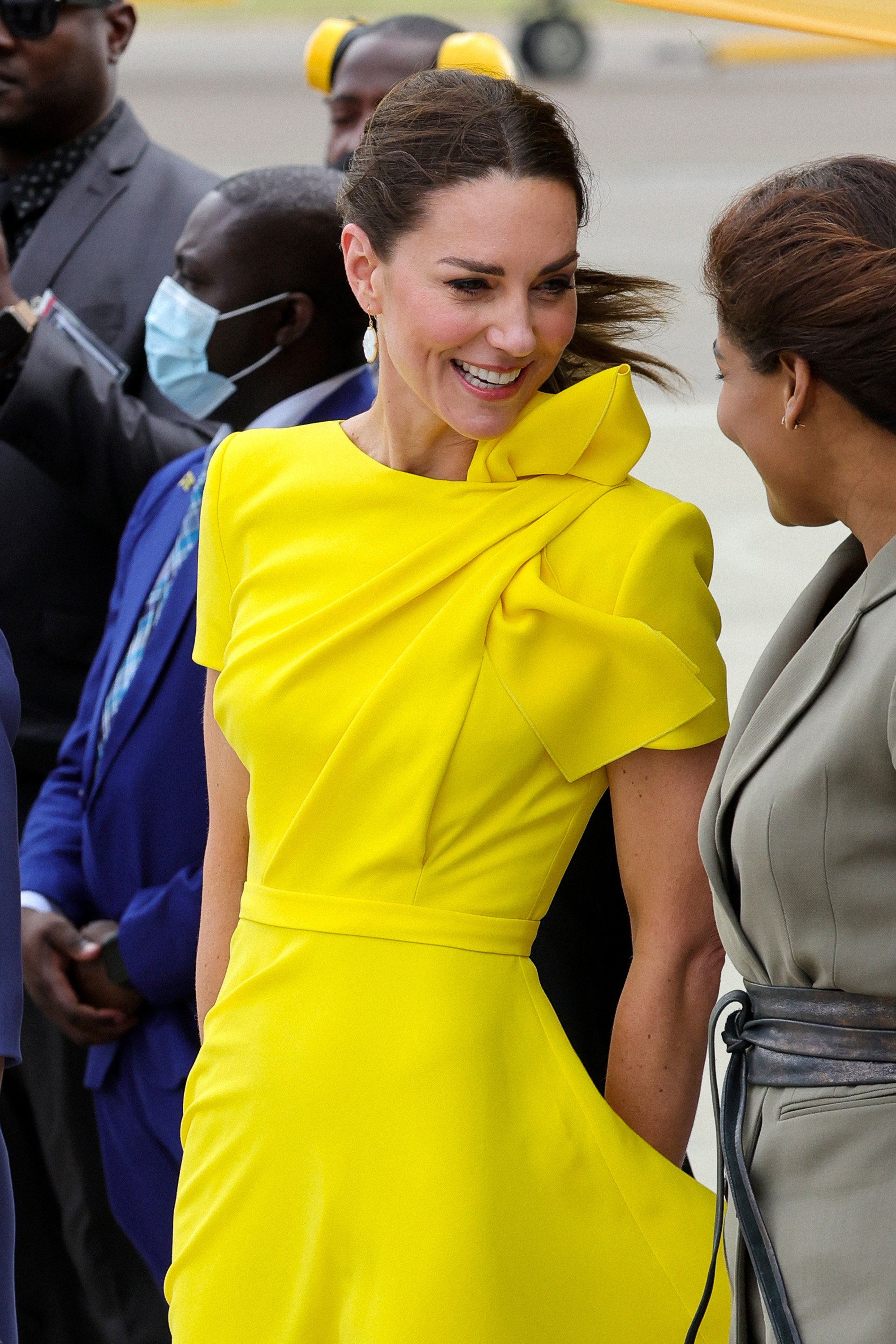 “We respect Prince William and Catherine. We respect the British people. We respect your leaders. When you visit Jamaica, we are polite to you. We are cordial to you. We give you the time of your life on holiday. We laugh with you. We cry with you,” she wrote.

“All we ask is for reciprocity by taking our advocacy seriously, and that together we can right the historical wrongs and reset the political, economic and social system for future generations.” 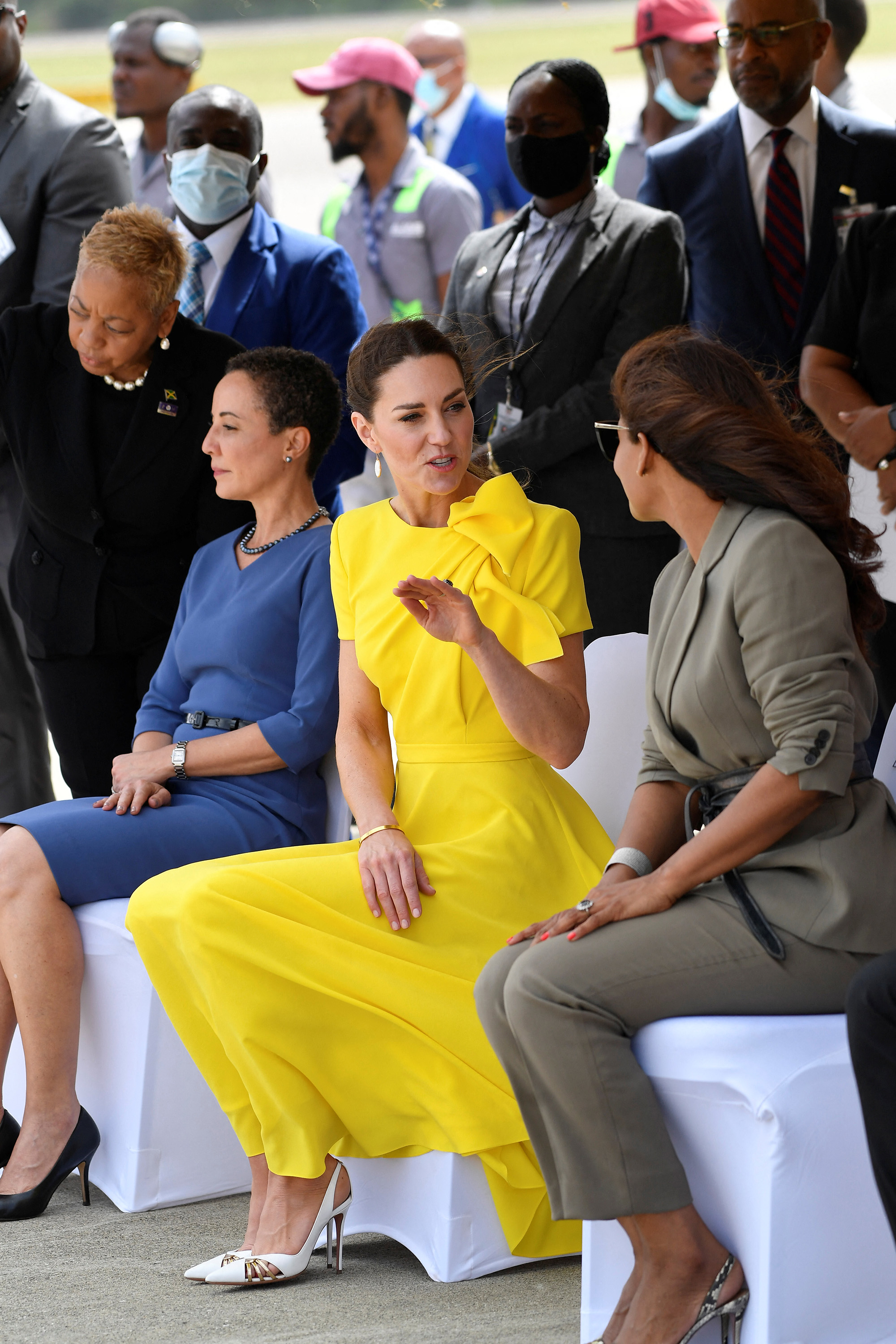 Hanna’s interaction with Middleton was not the only controversy to come out of the royal Caribbean tour.

William and his wife, who have become the modern face of their family as Queen Elizabeth II marks 70 years on the throne, had to pivot and cancel their plans to see a cocoa plantation in Belize earlier this month after a group of locals protested their visit.