Home » Lifestyle » Jamie Foxx Messed Up His Line on Live TV, and of Course He Handled It Like a Pro

Jamie Foxx Messed Up His Line on Live TV, and of Course He Handled It Like a Pro 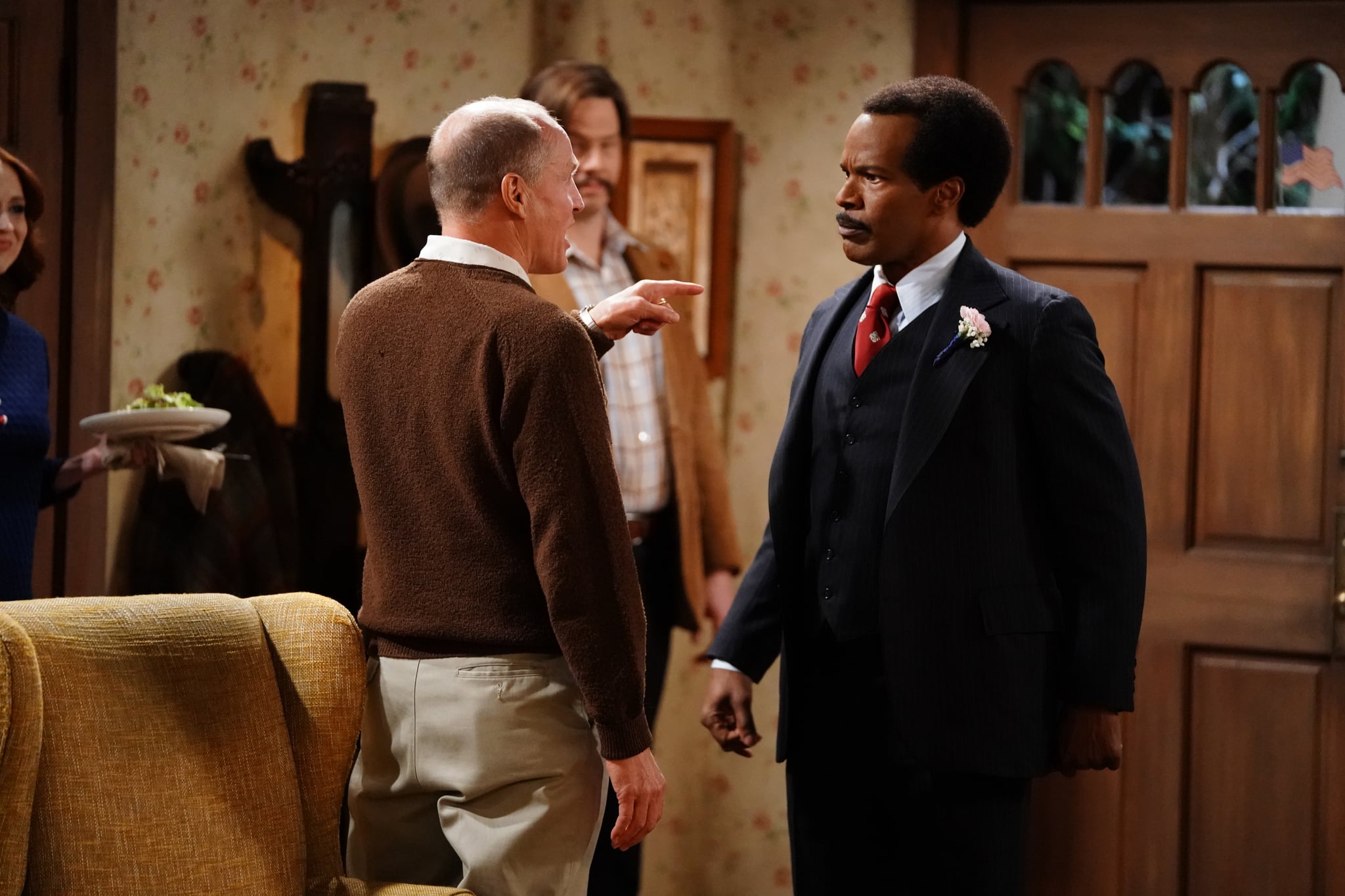 Anything can happen when you’re an actor filming in front of a live studio audience! Just ask Jamie Foxx, who has participated in many a live taping in his day. The comedian and actor took on the role of George Jefferson in ABC’s live special Live in Front of a Studio Audience on Wednesday night and slipped up while delivering one of his lines from an episode of All in the Family. Of course, flubbing a line in front of an audience is something that’s not unheard of in Hollywood, but what made Foxx’s moment so perfect was his recovery.

After struggling to deliver the line, the In Living Color alum caught himself by breaking character and shouting to the audience, “It’s live! People sitting at home think their TV just messed up.” The star-studded cast — which included Anthony Anderson, Wanda Sykes, Marisa Tomei, and Kerry Washington — all managed to keep their cool during Foxx’s flub. Other cast members, like Ellie Kemper, Ike Barinholtz, and Woody Harrelson, couldn’t help but break character with their laughter. Thankfully, after they all spent a few seconds trying to hold back their laughter, Foxx was able to get back in character to get it right in the end.

Late-night host Jimmy Kimmel staged the live performance as a tribute to legendary producer Norman Lear, who worked on The Jeffersons and All in the Family, as well as both versions of the well-loved sitcom, One Day at a Time. Jennifer Hudson also made a special appearance on the TV event to deliver a rousing rendition of The Jeffersons‘ classic theme song at the top of the special.