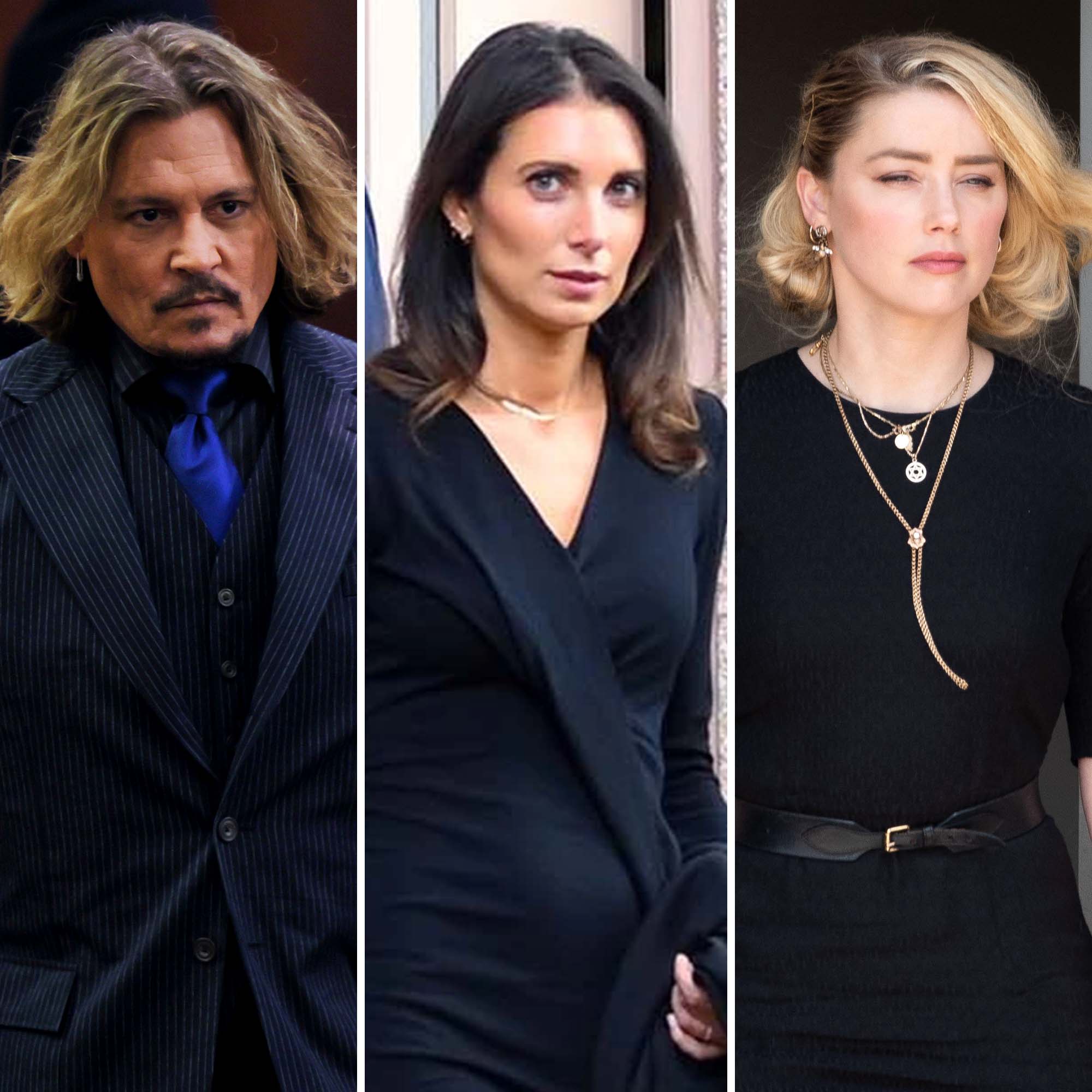 Showing her support. Johnny Depp‘s girlfriend, Joelle Rich, was present in the courtroom during his defamation trial against Amber Heard, Us Weekly can confirm.

“There was no professional obligation for her being there,” an insider exclusively tells Us of the attorney. “It was personal.”

In one photo from the May court proceedings, Rich can be seen hugging Camille Vasquez, one of the lawyers who represented Depp, 59, in his U.S. case against the Aquaman star, 36. The London-based attorney was part of the legal team that handled the Secret Window actor’s U.K. libel lawsuit against The Sun in 2018, but she was not professionally involved with the Heard case.

Us broke the news on Thursday, September 22, that the Hollywood Vampires musician and the lawyer are in a “serious” relationship. “Their chemistry is off the charts,” an insider explained, noting that the duo “discreetly” met up in hotels before their romance was public. “They are the real deal.”

Rich, for her part, was married when she met the Kentucky native, but she’s now in the process of divorcing her husband. She and her estranged spouse share two children. 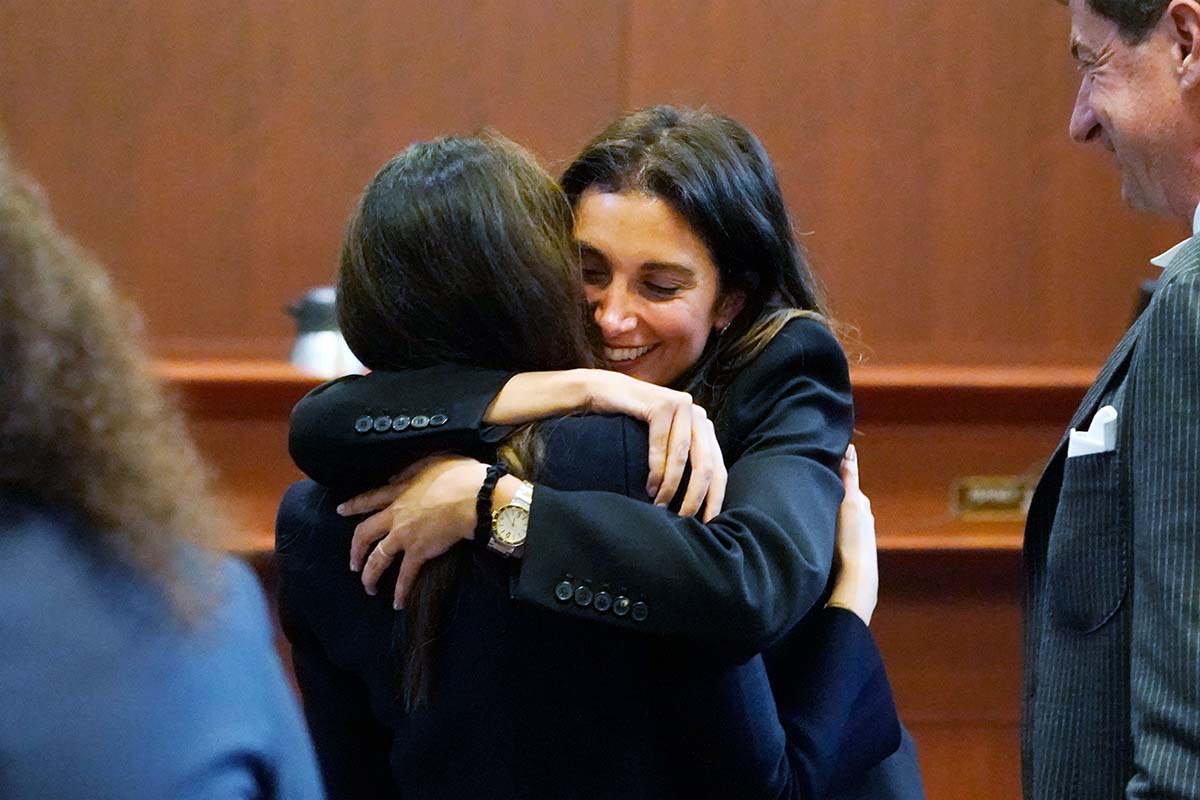 In addition to working on Depp’s U.K. case, Rich represented Meghan Markle in her case against the publishers of The Mail on Sunday. The Duchess of Sussex, 41, sued the outlet for publishing a private letter she sent to her estranged father, Thomas Markle. In February 2021, the U.K.’s High Court ruled that the disclosures from the letter were “manifestly excessive and hence unlawful.” Ten months later, an appeals court rejected the publisher’s request to force a trial and upheld the original judgment.

Depp, however, did not win his U.K. lawsuit, which was originally filed in June 2018. The Finding Neverland star sued The Sun for referring to him as a “wife beater” in an article that cited several abuse allegations Heard made against Depp before their 2016 split.

The trial began in July 2020 after delays caused by the coronavirus pandemic, but the U.K.’s High Court ultimately ruled that the outlet’s article was not libelous because Heard’s claims about her ex-husband were “substantially true.”

The Oscar nominee requested an appeal, but the court denied his petition in March 2021. At the time, Rich told Deadline that she “seriously questioned” the U.K. judge’s decision not to allow the appeal.

Depp’s U.S. lawsuit, meanwhile, was filed in early 2019 after Heard published an op-ed in The Washington Post where she described herself as a victim of domestic abuse. That trial began in April, with Vasquez, 38, leading the actor’s legal team.

Sharing Their Stories: Everything Johnny Depp’s Exes Have Said About Him

In June, a jury decided in favor of the 21 Jump Street alum, ordering the Magic Mike XXL star to pay her ex $10.35 million in damages. The Texas native was also awarded $2 million in compensatory damages after the jury found that one of Depp’s other lawyers made one defamatory statement about her.

Heard filed an appeal in July after a motion for a mistrial was denied. “We believe the court made errors that prevented a just and fair verdict consistent with the First Amendment,” a spokesperson for the actress told Us at the time. “We are therefore appealing the verdict. While we realize today’s filing will ignite the Twitter bonfires, there are steps we need to take to ensure both fairness and justice.”

That same month, Depp filed his own appeal of the decision to award Heard $2 million in damages.